In a city etched with stubborn social divisions, it's remarkable how a wooden box full of old books can bring a community together.

During the first eight years that Sean Evans, a 43-year-old business coach, lived on a quiet street in the St. Clair West area, he rarely talked to the neighbours on his block. Then, last fall, his girlfriend, photographer Catherine Farquharson, gave him what looks a bit like an oversized birdhouse for books: a peak-roofed box with a glass door and a shelf, installed firmly on a 4X4 post sunk into their front lawn.

After they stocked a couple of dozen spare volumes in their so-called "little free library," which enjoins passersby to "take a book or leave a book," those once aloof neighbours not only emerged from their houses to look at the curious object in their midst; they began get to know one another as they perused the collection.

"I've talked to more people who stop by to see what it's about in the past year than I've [talked] to in the last nine years combined," says Mr. Evans.

In a city with the world's best used public library system, the popularity of these tiny branches, and the way they forge connections among city-dwellers, shouldn't come as a surprise, even in this age of screens and ebook readers.

But the movement – which began with Todd Bol, a retired Wisconsin teacher, and a light-bulb moment in 2009 – has gained remarkable traction around the world. According to Mr. Bol's not-for-profit, LittleFreeLibrary.org, there are more than 15,000 around the world, most of them in the U.S. and Europe, and including 33 in the Greater Toronto Area.

While these book-filled boxes are undeniably conversation starters, Mr. Evans and other local owners say the more fascinating feature of the little libraries is the fact that they take on a life of their own as people borrow, take or drop off a wide range of books without necessarily notifying the proprietor (Mr. Bol's group calls owners "stewards," and stresses that the libraries are community assets). Sometimes the books are returned, and sometimes they disappear for good.

Dominic Stones, a Parkdale resident, built one in May on a sliver of fallow railway embankment land that had been gradually reclaimed by local homeowners as a community garden. "I was worried it wouldn't take care of itself," he says. But the collection ebbs and flows on its own. "People take it upon themselves to put stuff in and take stuff out. I don't want to police it at all. I want the community to make up its mind about what comes and goes."

The range of books, mostly drawn from the excess volumes that accumulate in so many homes, is as wide as can be. Mr. Evans says he's seen everything from business self-help guides to quality Canadian literature. Mr. Stones recalls a battered old Bible that showed up one day, only to disappear a couple of weeks later.

Some have long-forgotten inscriptions or marginalia, and Mr. Evans says it's not uncommon to find a book that's got a card or some keepsake tucked between the pages. Not long ago, he found a thank-you card from a recent immigrant who'd borrowed a book and then returned it a few months later, along with another one. "I'll always remember the guy who asked me to get one of your books as the first person in Canada who showed me kindness and an attempt to connect with others."

Jacqueline Jordan, who managed to persuade the city to let her install in Nesbitt Park, near Bayview and Moore Ave., across from her home, says its contents skew towards kids' books, because the box is located near a couple of benches and a meeting spot for the local walking-school bus. As children arrive and wait to leave, they pull out books and leaf through them, and often hang onto what they've found.

But Ms. Jordan, who buys boxes of second hand books at garage sales or church fundraisers, says she once plucked an old copy of an Edith Wharton novel she'd always wanted to read. "There's obviously someone in the neighbourhood who has my taste in books," Ms. Jordan says, adding that she'd like to meet the person.

For her part, Ms. Farquharson says she gets a thrill when someone takes a favourite book she's put out.

"It's as exciting when they get returned," Mr. Evans adds. "I like to imagine that the person has read it and enjoyed it so much that they want to pass it on." 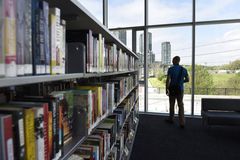 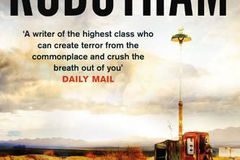 The inside story behind Inspire!, the new ‘fan expo for books’
November 12, 2014 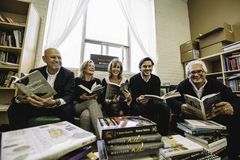