The Giorgio Mammoliti affair speaks to more than just the character of this notorious blowhard. It speaks to the nature of city hall politics.

In elections for city council, name recognition is everything. Many voters don't pay much attention to who is running, so they tend to vote for the name on the ballot that they know. This is usually the incumbent. In this way, councillors stay in office year after year – sometimes decade after decade – regardless of how well they perform their duties.

Mr. Mammoliti has held his Ward 7-York West seat since 2000 by making sure that no one ever forgets his name. He once pulled off his shirt in the council chamber to protest nudity at the clothing-optional beach at Hanlan's Point, declaring, "Today it's a secluded beach, tomorrow it will be the beachfront and then it will be the streets." In 2007, he called for the army to come in to battle gangs in his ward.

In his 2010 run for mayor, itself a publicity stunt, he campaigned to arm bylaw officers, set up a red-light district and license a floating casino. Trying to make a virtue of his loopiness, his campaign literature called him "outrageously in touch." Leaving the race in July, giving himself lots of time to run for his councillor's seat again, he said that "Perhaps the city isn't ready for a mayor like me. Perhaps some day they will be."

In 2011, he took his red-light district proposal a step further, suggesting that the Toronto Islands would be a good place for a regulated paid-sex zone. When skeptics wondered whether that might alter the family atmosphere of the island parks, he said that, with Hanlan's Beach on the islands, "If you look hard enough, you'll find somebody without pants on."

In this term of office, Mr. Mammoliti became an ally and defender of Mayor Rob Ford, whom he had often clashed with in the past. To signal to fellow Ford followers which way to vote in council, he raised his arm and turned his thumb up or down.

The best response to Mr. Mammoliti's antics is usually to laugh them off, or better yet, ignore them. But his latest bit of self-promotion is so vile it is hard to overlook. He has been campaigning against electronic dance music parties at Exhibition Place, calling them a threat to children. Partly at his urging, the Exhibition board voted in April to ban them, but Councillor Gord Perks and others managed to get the ban overturned in city council last month. They said driving the events away from a supervised public venue would make them less safe.

So what did the esteemed representative of Ward 7 do? He called the Parkdale area that Mr. Perks represents a "pedophile district," home to a high number of sex offenders. By allowing parties at the nearby Exhibition, he said, "we are simply encouraging the continued abuse of our children." Turning the knife of insinuation, he demanded of Mr. Perks: "Who are you really representing?"

This was not one of Mr. Mammoliti's off-the-cuff inanities. He made the comments in the cold print of a press release. It was a slur not just on Mr. Perks, but on a whole neighbourhood. When CP24 television offered him an opportunity to retract or modify the remark, he flat-out refused. Allowing the parties was stupid, he said, and, with sex offenders nearby, "it is even more stupider." Yes, "more stupider."

Mr. Mammoliti won 43 per cent of the vote in the previous election, with 5,338 votes compared with 3,601 for the second-place finisher. Can he win again, despite this shameful eruption? The way Toronto politics works, it is entirely possible. 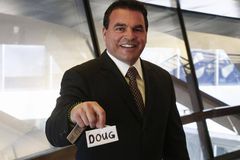 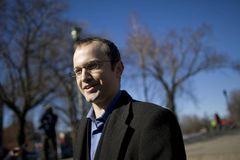 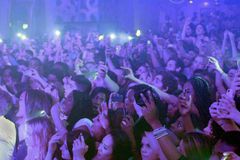 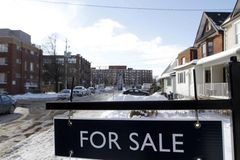