Just over four months after a crash that killed three children and their grandfather in Toronto's suburbs, the man charged with impaired driving will plead guilty as a demonstration of remorse, his lawyer says.

Drunk-driving penalties across Canada are generally getting more harsh. But Marco Muzzo's expected Feb. 4 plea and other signs of contrition are likely to reduce his sentence significantly in a system in which the attitude of the accused weighs heavily, legal experts say.

Mr. Muzzo, 29, a son of one of Canada's wealthiest families, was returning from his bachelor party when his car T-boned a vehicle at an intersection in Vaughan on Sept. 27. The crash killed all three children, ages 9, 5 and 2, of the Neville-Lake family. The children's grandfather was also killed, and their grandmother and great-grandmother were seriously injured.

Mr. Muzzo faces 18 charges, and while some will be found redundant, he will plead guilty to those that remain, his lawyer, Brian Greenspan, said after a brief appearance in Ontario Superior Court in Newmarket on Wednesday. Two days are scheduled for the sentencing hearing, at which the facts of the case will be reviewed and people will be able to testify to Mr. Muzzo's character.

Mr. Muzzo has not sought bail. He has appeared in court previously by video link, but arrived on Wednesday in person, wearing a dark grey suit and a solemn expression, much thinner than he appears in photos from before the crash.

When asked whose idea it was to plead guilty, Mr. Greenspan said: "Mr. Muzzo has always accepted full responsibility for his actions and his conduct … and has from the first day of our meeting expressed his wish that this matter proceed as expeditiously as possible."

Still, his lawyer stressed that his client knows he may not get the sentence he asks for. Rather than offering a joint sentencing recommendation, the defence and Crown will make "very different submissions," Mr. Greenspan said.

"This is not a plea deal," he said. "It's an acceptance of responsibility by Marco Muzzo."

He said it is premature to address rumours the Muzzo family will offer money to the victims' family as a reparation measure.

The children's parents, who have attended all of Mr. Muzzo's court hearings to date, said they were "cautiously optimistic" because a guilty plea would allow them to move forward.

"We can never repair, but maybe we can start to learn how to carry our broken hearts," a tearful Jennifer Neville-Lake said outside court, wearing the ashes of her children in a locket around her neck.

"We're given the life sentence. Our life sentence began just after 4 o'clock Sept. 27," she said when asked what she'd consider a fair sentence for Mr. Muzzo. "There is no sentence that he can ever do that is going to repay what he took from us."

When drivers who choose a trial get tougher sentences than those who plead guilty, it is not because they went to court, but because judges give leeway to those who take responsibility, including factors such as their behaviour at the time of the crash and their decisions in court, said Antonietta Raviele, a Toronto criminal defence lawyer and former assistant Crown attorney.

If people fight the charges and are found guilty, "you may be exercising your right, and that's fine, but you had an opportunity to deal with this case sooner, and you [would have got] credit for that," she said.

"Because you're pleading guilty, we're going to cut you some slack."

Unlike in the United States, drunk-driving sentencing in Canada is highly dependent on the facts of the case and the person charged, she said.

Several factors weigh against Mr. Muzzo, including the fact that four people were killed rather than one. If he were found guilty at trial, he might expect a sentence of "mid to high double digits," Ms. Raviele said.

With the guilty plea, six to 12 years is more likely, although it could go higher, she said.

In drunk-driving cases, aggravating factors can include very high blood-alcohol levels and drivers' behaviour immediately after the arrest, she said. In one recent case she recalled, the man charged at first said he had not been driving, despite evidence otherwise. "He tried to deny the whole damn thing and it was so outrageous that he got quite a bit of time," she said.

Drunk-driving sentences are primarily meant as a deterrent and a denunciation. Last month, the Supreme Court of Canada upheld judges' freedom to prioritize those principles and hand strict sentences even to young people or those with no criminal record when they felt it was warranted.

The ruling restored a 6 1/2-year sentence for an 18-year-old Quebec man who caused the death of his two young passengers while speeding and impaired.

Drunk driving causes more deaths and serious injuries than any other crime, the court said.

"It's open to [the judge] to sentence you based on the fact that people are not getting the message."

Case of man accused in Vaughan, Ont., crash put over to January
December 10, 2015 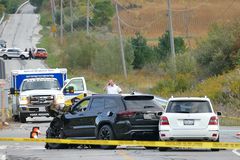 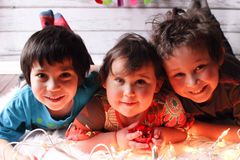 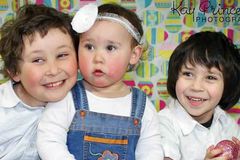