Alan Ehrenhalt begins his book on the transformation of American cities with a story about Chicago. In the winter of 1979, a big snowstorm made the roads impassable. Suburbanites who usually drove downtown to work decided to avoid the highways and take the commuter train instead. The train cars were so crowded that the poorer, mainly black and Hispanic, residents of the inner city couldn't get on. Their anger helped unseat the incumbent mayor of Chicago.

If a similar storm were to hit today, writes Mr. Ehrenhalt, something quite different would happen. The commuters crowding onto the train at the end of the line in the northwest suburbs would be mostly immigrants and minorities. Those who would be left stranded on station platforms nearer to downtown would be well-off professionals.

This is what the author calls the "great inversion." A massive shift in city life is reversing the flight to the suburbs that unfolded in the decades after the Second World War. Affluent people are flooding into central cities – filling up condominium and apartment towers, settling in converted warehouse lofts and renovating old row houses or worker cottages in down-at-heel neighbourhoods. Most immigrants no longer follow the old pattern of settling first in cheap, crowded inner-city housing then moving up to a suburban bungalow when they can afford it. They are heading straight to the 'burbs.

While the American media were fixated on other things, "Our own cities changed right in front of us, changed from year to year, faster than even the most attentive students of urban life could easily keep up with," writes Mr. Ehrenhalt, a journalist who was the long-time editor of Governing magazine, in The Great Inversion and the Future of the American City.

In Chicago, where he grew up, the effects have been startling. Residential towers have popped up around downtown to cater to couples and singles who enjoy the buzz of urban life. Once-blighted neighbourhoods are becoming trendy and rich.

Mr. Ehrenhalt visits Sheffield, three miles from downtown. It was once a simple working-class district. Then, around 1970, it became something close to a slum, with rampant crime and urban decay. Now it is wealthy, with expensive houses and tony coffee shops.

Among other things, the great inversion has made Chicago and other big American cities significantly less black. Chicago's black population has fallen by 180,000, partly because the city tore down dilapidated central-city housing projects, partly because a new black middle-class has moved out.

The inversion has brought a new vitality to many American downtowns, which used to empty out after dark as workers drove off to their distant subdivisions. Now, Mr. Ehrenhalt notes, there are strollers on Wall Street. The New York financial district, almost uninhabited for 200 years, hosts thickets of condo skyscrapers filled with young couples. Philadelphia's Centre City has added 12,000 new condo units and high-end apartments over the past 10 years. At the same time, the suburbs are remaking themselves along more urban lines, with new "town centres" that encourage walking and street life.

The reasons that people fled cities in the past have gone away, Mr. Ehrenhalt notes. The smelly, smokey factories of old have disappeared. The street crime that terrorized the middle-class is down sharply.

Suburban life is looking less and less attractive. High gas prices and growing traffic congestion make car commuting a drag. Smaller families have made the quest for the open spaces and sprawling houses of the suburbs less urgent.

For many young people – retired people, too – the cool place to be is downtown, where they can walk to work and stroll to restaurants, bars or health clubs afterward.

Oddly, Mr. Ehrenhalt doesn't mention Toronto, the North American city where the great inversion may have gone farthest. Hundreds of thousands of immigrants who might have settled downtown in generations before have populated the inner suburbs, parts of which have become poverty traps. The high-rise condo boom has been the most robust on the continent, so far mostly unaffected by the real estate bust that has slowed the inversion south of the border. This week's announcement of the ambitious Mirvish-Gehry project on King Street West is an exclamation point on the trend. Gentrification of core-city neighbourhoods is proceedings at a dazzling pace.

Mr. Ehrenhalt doesn't like the G-word much. "Gentrification," with its implied sneer, has come to mean the migration of urban "gentry" to rundown central-city neighbourhoods. What is happening, he argues, is much bigger than that – "a rearrangement of population across entire metropolitan areas."

As far as I know, no one foresaw the great inversion. Even Jane Jacobs, though she championed integrated downtown neighbourhoods like her own Greenwich Village in New York, thought it was a pipe dream to think the financial district would ever become a thriving residential community. Now, we have strollers on Wall Street. The way cities transform themselves never ceases to amaze.

Toronto should follow David Mirvish’s lead and think big for once
October 1, 2012 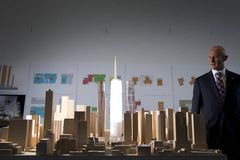 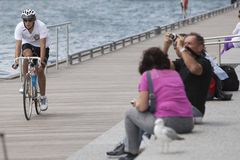 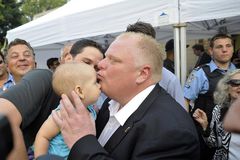 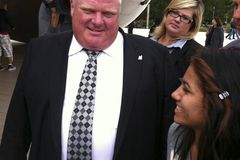 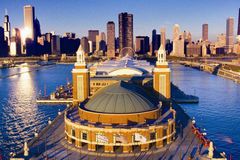