Rob Ford's controversial policy guru has a new title: chief of staff to the mayor of Toronto.

Mr. Ford has elevated Mark Towhey to the top political job in the city, a decision that is likely to make the mayor's already frosty relationship with city council even colder.

Mr. Towhey, 48, is unpopular among councillors – including some Ford allies – for his allegedly brusque manner and uncompromising views.

His promotion could make it harder for Mr. Ford to regain control of council this fall, when a slew of important issues, including whether to welcome a casino and how to fund public transit, come to a vote. But Mr. Towhey also brings big advantages to the post: He is one of the few people the mayor trusts, making him a strong choice to rein in a politician whose gaffes often overshadow his successes.

"He sometimes agrees with me, he sometimes doesn't agree with me," Mr. Towhey said in an interview Tuesday. "But I think I have the advantage of actually being able to sit down and actually have that conversation."

He is also intelligent: Nick Kouvalis, who ran the mayor's campaign, has called Mr. Towhey the smartest guy on Mr. Ford's team.

Mr. Towhey was always considered a leading contender to replace Amir Remtulla, who left last month to take a job with the 2015 Pan Am Games.

In fact, according to sources in the mayor's office, Mr. Ford offered Mr. Towhey the job before Mr. Remtulla's departure was even announced.

But when Mr. Towhey laid out the conditions under which he would accept the post, the mayor balked and named another staffer, Earl Provost, as interim chief of staff while a small, informal committee of Mr. Ford's council allies searched for an external candidate.

In the end, the mayor announced at a staff meeting Tuesday morning that Mr. Towhey would lead the office. A public announcement is expected Wednesday and Mr. Towhey starts the job next Monday.

Born in Kamloops, B.C., Mr. Towhey is a father of two boys who worked as an international management consultant in Afghanistan and Pakistan before signing on to Mr. Ford's fledgling mayoral campaign in early 2010.

"Obviously, it was reasonably good preparation," for working for Mr. Ford, he said with a smile.

He's also a small-government booster whose now-defunct blog, Coffee with Mark Towhey, caused a stir during the 2010 race. In one post he urged Toronto to sell popular TTC lines to the private sector and kill underused routes that wouldn't turn a profit.

"Well, life's tough," Mr. Towhey wrote of riders who would lose their routes. "Instead of being the only three people on a 60-passenger bus, perhaps these people will have to introduce themselves, get to know their neighbours and share a taxi."

He's since taken to sparring good-naturedly on Twitter with some of the mayor's detractors, while displaying a sense of humour about his own reputation.

After reading a Toronto Life cover story that contained an unflattering portrait of him, Mr. Towhey tweeted: "Finished May issue of Toronto Life, now plan to spend rest of night just hanging out, being evil."

After serving as policy director on the campaign, Mr. Towhey was appointed to the mayor's transition team, then to the senior post of director of policy and strategic planning.

It was in that role that he crossed swords with councillors, especially on the mayor's ultimately unsuccessful effort to build a privately funded subway on Sheppard Avenue East.

Mr. Towhey believes councillors will warm to him in his new role.

"I think that if we were to fast-forward a month, a lot of them who may have concerns will feel more comfortable," he said. "I know that a lot of the criticisms I've read about from councillors I think are more focused on the role that I was in and how it related to the mayor and his mandate. And that role was different from the chief of staff role."

Come this fall, Mr. Towhey is keen to focus on the mayor's economic strategy.

He would like to see the city implement policies to grow its assessment base, rather than raise property taxes year after year.

But in the meantime, he's stuck stickhandling Mr. Ford's gaffe of the week – a picture that surfaced of the mayor apparently reading while driving.

Should the mayor hire a driver? Mr. Towhey knows when to defer to his boss, especially when it comes to spending taxpayers' money. 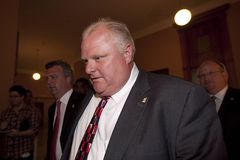 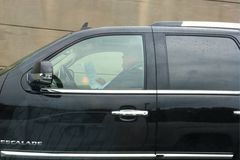 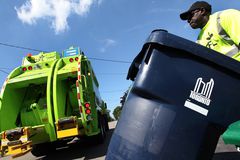 Rob Ford makes appearance at Taste of the Danforth
August 11, 2012
Follow Kelly Grant on Twitter @kellygrant1
Report an error Editorial code of conduct
Due to technical reasons, we have temporarily removed commenting from our articles. We hope to have this fixed soon. Thank you for your patience. If you are looking to give feedback on our new site, please send it along to feedback@globeandmail.com. If you want to write a letter to the editor, please forward to letters@globeandmail.com.
Comments