Mayor Rob Ford has broken a week-long silence to deny allegations he uses crack cocaine – a move greeted as a "first step" by some councillors and dismissed as untruthful by another.

Facing calls to step forward by even his closest allies, Toronto's mayor finally said his piece Friday afternoon, reading a short statement in a small reception area of his office that was bursting at the seams with reporters. Mr. Ford's effort to respond to critics left many questions unanswered and failed to address damning reports published Friday that he fired his top aide, Mark Towhey, because Mr. Towhey told the mayor he needed help with his addiction.

Instead, Mr. Ford directed his comments at reports that he was caught on video smoking crack cocaine. "I do not use crack cocaine, nor am I an addict of crack cocaine," said the mayor, with his brother, Councillor Doug Ford, on one side and Deputy Mayor Doug Holyday on the other. "I cannot comment on a video that I have never seen or does not exist," he said.

Sources close to the Ford administration told The Globe and Mail that Mr. Towhey was dismissed after he told the mayor the only solution to the growing controversy was to "go away and get help." Pressed for details of the mayor's addictions, one source said "he drinks too much," but did not have knowledge of any other substance use. Mr. Ford thanked Mr. Towhey for his service, but was silent on the details of his departure.

Councillors predicted that Mr. Ford's remarks would not put an end to his troubles.

Councillor Jaye Robinson, who helped craft a letter released Friday from six members of Mr. Ford's executive urging him to address allegations "openly and transparently," was frank in her assessment. "We waited eight days to hear not a lot of detail," she said. More detail, she said, "would have been preferable – more of a comprehensive response and more detail."

Mr. Holyday, who said earlier in the day he planned to meet with Mr. Ford and "talk sternly," reported that the mayor's staff was already working on a statement when he met Mr. Ford after lunch – before the mayor spoke. "I'm not going to take credit for this," he said.

Asked what his advice was, Mr. Holyday said he told the mayor, "You've got to make a firm denial. You have to tell the truth. Tell your side of it."

Mr. Ford worked on the wording of the statement with staff, Mr. Holyday said. "There were a lot of revisions and adjustments that had to be made so he was comfortable in what he said," Mr. Holyday recalled.

Councillor Glenn De Baeremaeker, a frequent opponent of the mayor, wasn't buying any of it and called for the mayor to resign.

"I don't like to call people liars, but, yes, I think he didn't tell the truth," the councillor said. "I don't believe what the mayor said today, and I think that's unfortunate."

Others, including Councillor Peter Milczyn, an executive committee member, said Mr. Ford's decision to address the people of Toronto was significant, but not enough. "Obviously this is not done. It is not going to go away," he said. "Some people will believe him, some will not. Right now there is no hard evidence of anything."

Councillor Josh Colle predicted Friday's statement will release some of the pressure that has been building for the past eight days, but will not make it go away. "He has at least surfaced," Mr. Colle said, "but I think Toronto residents are going to want more of an answer."

Long-time Tory strategist John Capobianco, who worked on Mr. Ford's 2010 campaign after Rocco Rossi dropped out of the mayoral race, welcomed the mayor's statement and said he still supports him. But Mr. Capobianco acknowledged that the mayor's brief remarks have not resolved the issue completely, and said Mr. Ford may have to say more about the allegations before some fundraisers and campaigners sign on to any 2014 re-election effort.

"He does have a lot of support of people who are on the ground and who are just voters, and he's got a big base of those," Mr. Capobianco said. "Whether or not strategists and fundraisers and others continue to help him out or not, I think that's still to be determined." 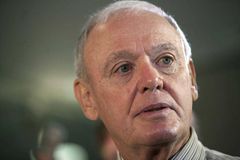 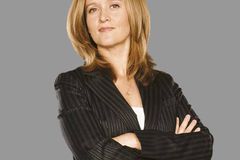 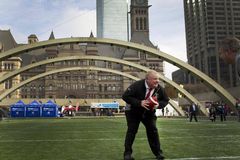