Toronto Mayor Rob Ford's medical condition will not be known for at least another week, but his sudden illness has already created a major shift in the election race for his rivals – even if he stays on the ballot.

Mr. Ford was transferred to Mount Sinai Hospital in downtown Toronto on Thursday afternoon, where a member of his medical team said he remains in a "holding pattern" after a biopsy and a second CT scan on the tumour in his lower left abdomen.

But doctors say the results of that biopsy – which will give them an indication of the seriousness of the tumour – will not be ready for at least a week, meaning a full diagnosis will not come in time for Friday's deadline to drop off the mayoral ballot.

"We're trying to get the result, which we'll get in about a week. And then we will be able to talk in facts, and not in supposition."

Dr. Cohen said the mayor "has some pain" – for which he is receiving medication – but that he is otherwise "resting comfortably" and "surrounded by family members."

All eyes were on one of those family members on Thursday, the mayor's brother and campaign manager Doug Ford, who is declining to talk about the possibility he will step into the race if his brother's health prevents him from continuing. The deadline to get onto the ballot is also on Friday.

"I'll speak to you folks in the next couple of days," a grim-faced Doug Ford told reporters on Wednesday.

Mayor Ford's main opponents – John Tory, who is leading in recent opinion polls, and Olivia Chow – sent prayers to Mr. Ford during an interfaith breakfast on Thursday morning. Ms. Chow postponed a campaign endorsement event on Thursday, but she and Mr. Tory will go head-to-head for the first time at a debate on Friday morning and again on Sunday.

"It's a whole new ball game" if Mr. Ford is forced to step aside, said Patrick Gossage, a long-time political adviser with links to the Chow campaign.

Even if Mr. Ford returns after medical treatment, Mr. Gossage predicts his absence from debates would focus attention on the policy platforms of Ms. Chow and Mr. Tory.

The "anybody but Ford," momentum now enjoyed by Mr. Tory would no longer be a factor, he said. "Who do we want to be mayor becomes the question."

A spokesman for Ms. Chow said Mr. Ford's illness will not stop her campaign from raising questions about Mr. Tory's platform.

"We are looking forward to engaging with Mr. Tory a great deal," Jamey Heath said.

Mr. Tory's campaign stayed away from discussing strategy, responding in writing to questions about the decision to participate in debates and attend events.

"Dozens of groups across the city have worked hard to put together events, many of which we confirmed months ago. These groups have hundreds of people coming out to hear from candidates," spokeswoman Amanda Galbraith said in an e-mail.

"These organizations are encouraging us to continue with our schedule and we intend to honour our commitments."

News of the mayor's illness, first made public in a press release from Humber River Hospital on Wednesday evening, is the latest twist in a campaign that has been unusual from the start. Mr. Ford, who was stripped of most of his authority by Toronto city council after admitting he smoked crack cocaine while in office, is under police investigation and continues to refuse to speak with officers. Last month, he received a subpoena to testify at the trial of his former associate Alessandro (Sandro) Lisi on extortion charges. Mr. Ford has garnered international attention, appearing as a late-night talk show guest in Los Angeles, where he was the butt of jokes.

Mr. Ford has tried to put controversy behind him since he returned this summer from two months in rehab, even as the latest polls showed Mr. Tory as the front-runner.

Mr. Ford has fended off frequent questions about his health by saying he has adopted a new, healthy lifestyle. Last month, he told reporters, "I'm as sober as a judge. We're working out, we're doing great. I'm feeling healthy."

And at his last public appearance before he was hospitalized, Mr. Ford's mood turned introspective. "I admit, I've made a mistake. I've dealt with that man in the mirror," he said at a North York debate on Tuesday night. "You have bumps in the road, you keep moving on. … I'm never quitting."

CEO of hospital where Rob Ford first treated once vocal critic of John Tory
May 12, 2018 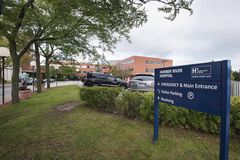 The medical process after a tumour diagnosis
May 12, 2018 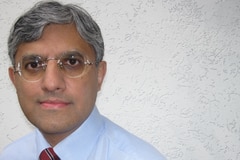 This is a time when Toronto should pull for Mayor Ford
May 12, 2018 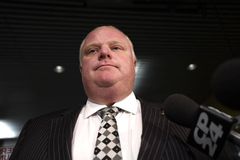 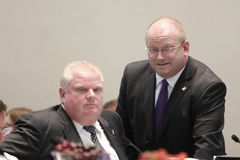 Soknacki’s campaign was encouraging for those who hope for more honesty in politics
May 12, 2018 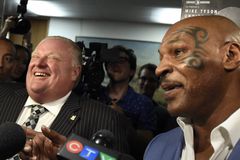