The exact number of countries in the world varies depending on whom you ask – the United Nations has 193 members, while the U.S. State Department pegs it around 196 – but for his purposes, photographer Colin Boyd Shafer has narrowed it down to 190. And he just finished capturing numbers 173 and 174: Mozambique and Burundi.

For his project Cosmopolis Toronto, Mr. Shafer is endeavouring to photograph a portrait of one immigrant living in the city of Toronto from every country in the world. The effort has provided insight from some of the city's smaller and less-vocal immigrant communities. And those Torontonians born in countries that are currently in the headlines can offer a unique perspective that other Canadians might not understand, such as Ukraine's complex relationship with Russia or the hidden corruption in Brazil's government. Cosmopolis highlights the city's diversity, but also what all Torontonians can learn from our global population.

"I've travelled to maybe 40 countries. I've done tons of travelling and I've honestly learned more about the world through this project than I have through all my travels," Mr. Shafer said.

Mr. Shafer raised money for the ambitious project through crowdsourcing funds on Indiegogo and had a curated selection of portraits displayed at the Toronto Centre for the Arts earlier this year.

After moving home to Toronto to help care for his aging grandmother – who was subject number 100, Eileen from the United Kingdom – the 31-year-old wanted to embark on a project that would both challenge him and allow him to explore the city he now calls home. Portraits are Mr. Shafer's preferred format, and with such a diverse city, the idea for Cosmopolis quickly emerged.

Mr. Shafer photographs each person in a space in the city where they feel most at home – the locations range from Toronto Transit Commission bus stops to churches to the Steam Whistle brewery – and takes a separate shot of them holding something that reminds them of their homeland. He also conducts an interview and provides an accompanying synopsis of their story.

He has about 15 portraits to go, posting three new stories every three days on his website.

It has been challenging to find subjects from smaller nations, in particular island nations such as Tuvalu, Vanuatu and Palau, but Mr. Shafer believes that he can find someone in Toronto from every nation, and doesn't want to leave any country unrepresented when he is done. He even extended his own deadline to May 15; if a country isn't represented by the time he has his final exhibition shortly after that, he wants to be sure there's a very good explanation.

"If there's a country that's not included, I want to at least be able to say, 'Here's why,' " he explained, noting that his team of volunteers, which has grown as more people hear about and participate in the project, has been instrumental in tracking down subjects.

His hope is to capture Toronto's multiculturalism in an honest way.

"One of the participants told me it feels like home because it's not perfect. This project doesn't always paint a rosy picture of the city. But it paints a realistic picture," he said. "Our diversity is not flawless. There's a lot of work to be done."

The Globe and Mail talked to five Cosmopolis participants – from countries that have had a particular spotlight in the news in recent months – to get a closer look at their perspective on issues in their homeland and what Toronto means to them. 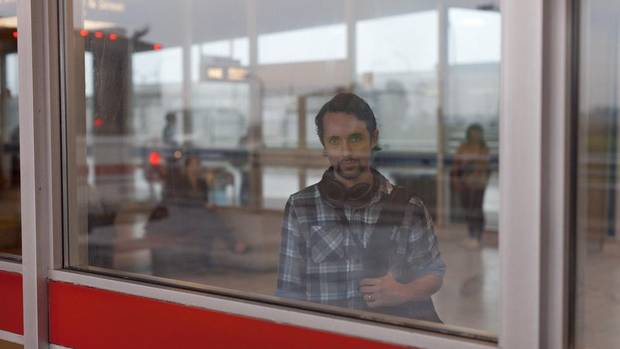 Born and raised in Rio de Janeiro, Mr. Lopes moved to Canada in 2010 because he thought it would be a safer place to raise a family. He settled on Toronto because he felt it was the most diverse.

“There are so many problems in Brazil. People here normally don’t understand the size of the problems because Brazil’s beautiful, we have Carnival, soccer, et cetera, but it’s really scary. We have so many social problems and corruption and violence there. Maybe the World Cup will be good because people will be curious about Brazil and now they’ll see there are real problems there.” 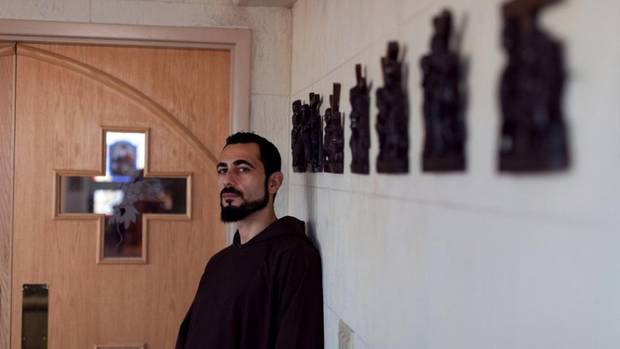 Born in Qamishli, 31-year-old Fadi Touma is studying to become a Catholic priest. It’s a calling that he believes is linked to his home in Toronto.
“It was like I found myself and where I belong, in the same city where I was hanging out. [At the St. Conrad friary, where Mr. Touma lives], we are international people who came from all countries. There are very different cultures living in one house, different mentalities and different behaviours. This is a blessing to have brothers from different countries that you live with in one house, especially when cooking!
“There was a bit of a feeling of ‘wow, I’m representing all of Syria.’ As if whatever is happening there is on me. [With the civil war,] it is tough, especially seeing my mother and father here in Canada worrying about it. We are so attentive, listening to where the next bomb will be dropped. Some of the images [in the media], I don’t even bother to read myself because I know they are fabricated. I know where it’s coming from and who’s saying it.” 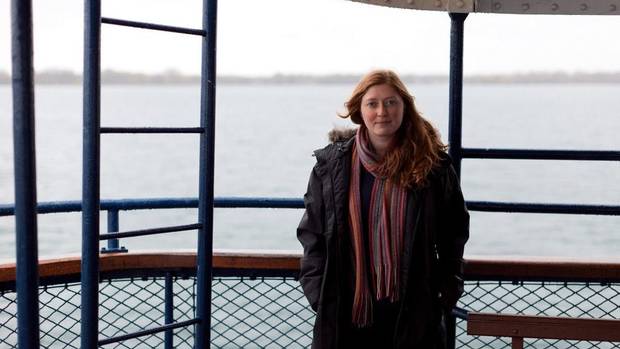 Ms. Bukhman was born in Kiev, but grew up in Toronto. After graduating from university, she travelled the world, but she says Toronto has always been the only place that ever felt like home.
“Everywhere else I’m a foreigner. At this point, when I go back to Ukraine, I’m kind of a foreigner, too. I don’t really belong there any more, but here I definitely belong because everybody’s a bit of a foreigner here. … It’s lovely to get all those different perspectives all in one place. Everyone is so friendly about it, too. There’s no animosity in the air about where you come from or what your background is.
“I think a lot of the time the perspective that is represented is very black and white, but it isn’t like that. Obviously there are many shades of grey. There tends to be this Cold War leftover feeling of this huge dichotomy between the East versus the West. I think in Western media, the east, predominantly Russia, tends to be vilified.
“[But] there are so many people there that have ties that are beyond what happened in the 1930s. It’s been a long time now. There are a lot of people whose families are half-Russian and half-Ukrainian, who don’t really know what to call themselves. They’re kind of in-between.” 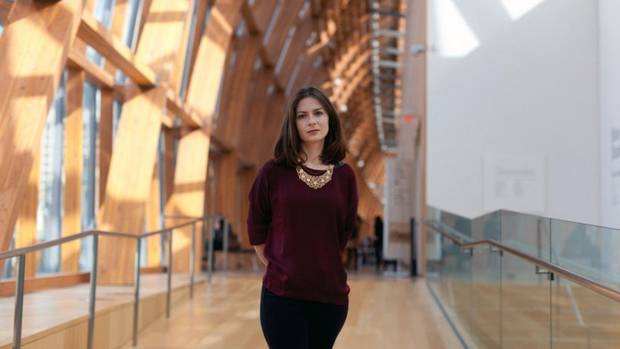 Born in Kaliningrad, Russia, Ms. Yunusov lived in Israel before moving to Canada when she was 21.
“I went to university [in Toronto]. I found my first job here, fell in love here, got married here, gave birth to my daughter here. My whole life is here. That’s why I like the project so much. It’s giving people a platform to share those stories. I consider myself Torontonian just like others are, but we’re a really, really diverse city.
“I feel conflicted about the coverage [of Russia] because a lot of it has to do with cultural differences more than anything. The view that we’re seeing in the media is a very Western view. The culture there is people don’t really follow the rules as much as they do here. People mean well and they try their best, but it’s not a structurally strong society. It’s been through turmoil and wars and revolutions. It’s never been settled in a way we feel settled here.” 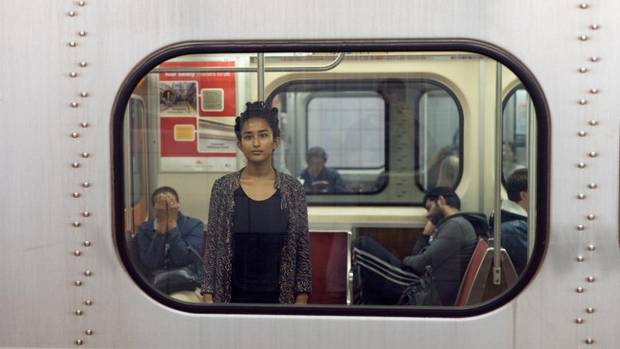 Born in Dhaka, Ms. Alam's family had moved all over the world because of her father’s job as an engineer. They were living in Toronto and when a new job opportunity opened up, Ms. Alam figured it was time to pack her bags again.
“I remember hugging one of my friends – still she’s one of my closest friends to date. I remember hugging and crying on her shoulder, and the next day I found out we’re actually staying in Canada. That’s when I knew that Toronto was going to be home for a long time. The friends that I have, they don’t have to be temporary any more. I could continue my friendships with them and that was such a good feeling.
“I have a really deep sense of connectedness to Bangladesh because there’s a very fine line, a little flip of the switch, that decided my fate for being outside of the country. I feel very connected to that part of the world because it’s part of who I am.
“There’s a lot of political turmoil [in Bangladesh]. There’s a lot of poverty. There’s a lot of concern over what will happen with global warming. [But] at the end of the day, it’s how the media chooses to frame certain things versus what the people there are trying to achieve. I feel like there are stories of resilience. Any place that there’s deep sorrow, there’s also the opposite of that: elements of happiness and love that you see in the littlest of things.”