Nearly 100 parents filed into the gymnasium of a Toronto elementary school Tuesday evening to learn more about a French teacher who faces 42 sex-related charges.

Christian Kpodjie, 53, had been at Inglewood Heights Junior Public School since September, 2011. The allegations against him involve sexual assault, sexual exploitation and assault.

He taught about 60 students in Grades 4, 5 and 6, Toronto District School Board lawyer Grant Bowers said after the meeting. Police have interviewed all of his pupils; 30 children have stepped forward with complaints.

Toronto police officers attended the meeting, which was closed to the media. Mr. Bowers said the police and school board officials explained their policies for handling such allegations but they couldn't go into specifics about the case because it is still under investigation.

Parents were also advised on how to talk with their children about sex-assault charges.

"These meetings are difficult because there is a lot of emotion," Mr. Bowers said. "People always feel betrayed when charges like this are laid."

Mr. Kpodjie, a father of three, was released on bail last week. He has been suspended with pay since the school board received a complaint about his alleged behaviour in early March.

The allegations against Mr. Kpodjie, which have not been tested in court, span from the start of this school year. Educated and trained in Ghana, Mr. Kpodjie was certified by the Ontario College of Teachers in 2007.

Before September, 2011, he was employed as an occasional teacher with the Toronto District School Board, filling in for teachers on leave at four schools between 2008 and 2010.

Mr. Bowers said he is not aware of complaints involving students at those schools, but noted the police investigation is ongoing. Mr. Kpodjie had also taught drama and health, but all the allegations at Inglewood Heights stem from pupils in his French classes.

The Toronto school board's hiring process includes a criminal background check of teachers. No concerns surfaced during the check.

Mr. Kpodjie earned a teaching certificate in Ghana in 1983 and graduated from the University of Cape Coast in 1998 with a bachelor of arts and a diploma in education.

Grade 6 student Tatto Shulu, who was a pupil of Mr. Kpodjie at Inglewood Heights, said he was nice and a good teacher. With his father by his side, Tatto noted he and many of his classmates were shocked to learn of the allegations. He said he never saw Mr. Kpodjie do anything wrong.

The charges have shaken his trust in his former teacher.

"We're upset and we're just here to express our disappointment and also in support of children and parents that are affected," Tibebe Shulu said before the meeting.

"We just want to know in the future that something like this doesn't happen to my child, to any child, and that's why we're here." 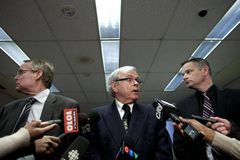 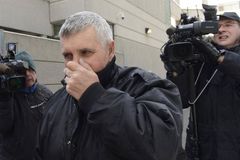 Fleury furious at Alberta for veto of child-abuse treatment centre
May 11, 2018 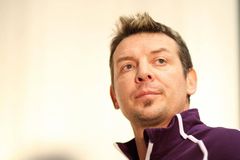