The regional transit agency Metrolinx is cutting in half a $770-million vehicle deal with Bombardier Transportation for the Toronto area, turning the page on a long-running dispute between the two parties.

In the new deal, which was made public Thursday after being revealed by The Globe and Mail, Bombardier would be subject to much stricter penalties if it is late with its deliveries. In return, the company is getting an extension to a separate rail-operating contract. A looming arbitration process also has been cancelled.

Bombardier had originally contracted to produce 182 light-rail vehicles (LRVs), with about two-fifths going to the now-under-construction Eglinton Crosstown transit line and the remainder earmarked for other projects. Under the terms of the new deal, Metrolinx would use Bombardier vehicles on the Crosstown only. The other lines will be equipped by rival supplier Alstom.

The decision reduces the Bombardier order size from 182 to 76 vehicles. Because of fixed costs spread across the entirety of the contract, though, the dollar value of the deal is expected to be cut roughly by half.

"I think in the last six weeks the importance of what we're doing on Eglinton, and the importance of this contract, have been underlined for Bombardier to a significant extent," Metrolinx CEO Phil Verster said in an interview. "Otherwise they would not have engaged to close a deal with such significant commercial remedies as what we have in the deal now."

Under the original deal, the agency could levy fines of only $1,500 a day on Bombardier if a vehicle destined for the Crosstown was late. But under a side deal with the consortium building that line, Metrolinx was on the hook for as much as $500,000 a day if a vehicle was late.

Although the terms of the new deal are confidential, it is understood to have been structured to bring those penalties into line, removing a substantial financial risk to Metrolinx.

Bombardier Transportation spokesman Eric Prud'Homme characterized the company's acceptance of higher penalties as a sign of confidence in its ability to finish the work on time. Although the company has faced the wrath of Toronto-area transit agencies and politicians for late work, he argued that its reputation cannot be judged solely on these local issues.

"You can't look at just one specific customer, one specific ecosystem," he said, pointing to recent deals the company has signed elsewhere. "People have confidence in the Bombardier brand."

Bombardier has faced repeated criticism from both Metrolinx and the Toronto Transit Commission – which has its own much-delayed vehicle order – that the company cannot produce on time. The TTC is pursuing a damages process to try to claw back some of the costs it has incurred due to delays. Metrolinx became concerned enough to try to kill its deal with Bombardier, prompting the company to seek a legal injunction.

The courts agreed with Bombardier but, in the aftermath of that decision, Metrolinx showed its willingness to sideline the company. In May, the agency struck a $528-million deal with Alstom for up to 61 LRVs, characterizing this as an insurance policy. These vehicles could be used to open the Crosstown on time if Bombardier fell short, Metrolinx said, and would otherwise go to other lines.

Alstom is planning to produce these vehicles in Brampton, a Toronto suburb, creating what that company says will be about 100 to 120 full-time direct jobs.

At the time the Alstom deal was announced, Bombardier insisted it was capable of equipping all the lines and would fulfill the terms of the original contract.

"We've always said … that the best way forward was to find an agreement outside the court," Mr. Prud'Homme said Thursday.

A benefit accruing to Bombardier is that the new deal extends by 18 months their contract to operate and maintain GO rail service. The company had recently gone to court to fight for its right to bid on continuing to provide this service.

The value of this extension was not immediately clear. Mr. Verster characterized it as "a very small benefit component" while Bombardier said it was roughly enough to make up for the business lost through the new LRV contract. 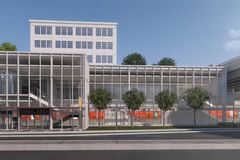 Metrolinx drops appeal of court decision over Bombardier contract
July 21, 2017
New Metrolinx CEO Phil Verster on Bombardier delays and what to do about Union
October 19, 2017 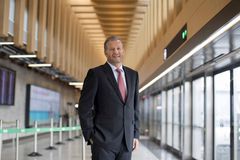