At the darkest hour of his darkest night, his dazzling career disappearing as inevitably as air from a punctured balloon, Michael Bryant, or someone acting on his behalf, turned to a rogue assembly of political spinners to resuscitate his image.

Navigator Ltd., suddenly Toronto's highest-profile crisis-communications team, is at the sharp end of reputation management. They have a 24-hour hotline; their rates of roughly $600 an hour approach those at the top Bay Street law firms; and with the dramatic shift in the public perception of Mr. Bryant's case they are seen, for good or ill, as geniuses of media messaging.

But for the 48 hours at the peak of the crisis, their involvement did little to help Mr. Bryant, and may have hurt him slightly.

Several leading PR experts said they assumed that the story's changing tone was due at least in part to tips and sources provided to reporters by Navigator. They thought Navigator had encouraged reporters to ask about the movements of victim Darcy Allan Sheppard on the night he died, or pointed them in the direction of his 61 criminal charges, or raised doubts about who was the aggressor in reporters' minds.

That doesn't seem to be the case, however. Police spokesman Mark Pugash said no one from Navigator contacted police. Officers handled the media inquiries the way they would in any other case, he said. The journalists who worked on the story say they were never contacted by Navigator during their reporting. The salient facts - the victim's checkered history, his earlier confrontation with police and the investigators' focus on whether Mr. Sheppard tried to grab the wheel - were all uncovered by old-fashioned reporting, according to the journalists who worked the story.

"The police let the story out and it changed the complexion of the coverage thereafter," said a rival PR executive.

"The Bryant thing is typical of Navigator. If you look at the stories in the early days they all seemed to be about how smart Navigator was … That's how they are. It's all about them."

Many PR experts are critical of the way Navigator inserted themselves so conspicuously in the case, handing out press releases and generally letting it be known that they were now in charge of Mr. Bryant's communications. Most PR executives strive for invisibility at a time of crisis, they said.

"People are always suspicious they're being played or manipulated, so it's probably not a good idea to confirm it for them," said one senior PR expert.

Daniel Tisch, president of Argyle Communications, said Navigator's conspicuousness helped fuel a predictable controversy, one that reinforced a narrative of haves and have-nots - the rich former attorney-general with high-priced PR juxtaposed with a poor, dead victim with no voice at all.

"You always want good PR, but you never want your PR to become the issue," he said.

Navigator is led by conservative strategist Jaime Watt, who made his name as an architect of Mike Harris's Common Sense Revolution. He is also a convicted fraudster whose criminal past, which he did not disclose, forced him to resign from the Harris government in 1995. Since then, he has managed a number of Conservative campaigns.

The firm's other senior partner is Robin Sears, a former top back-room operative in the NDP and deputy secretary of the Socialist International who was nicknamed Vlad the Impaler when he was chief of staff in Bob Rae's government. He handled public relations for Brian Mulroney during the Oliphant inquiry.

"I think the rest of the PR fraternity respects that. They're very gutsy," he said. "It's very difficult to judge how important they are in turning public opinion around. I think they've done a pretty workmanlike job."

Both Mr. Watt and Mr. Sears are seen regularly as political commentators on television, yet no one at the firm would speak to The Globe and Mail for this story.

Throughout the crisis Navigator's communication strategy has been planned and precise. From the moment they got the call, they were working on the narrative, working on the image, working on the long-term strategy that might give Mr. Bryant a chance to beat the charges and re-invent himself down the road.

Here is what experts say likely took place in the Navigator operations room during the Bryant crisis, a process that is a kind of industry standard.

They will have begun by establishing a chain of command with a single person in charge. People will have been assigned to write Mr. Bryant's statement, to arrange a soothing backdrop to deliver his statement, and come up with a strategy for avoiding the unpleasant visual of a moving scrum of television cameras. They will have decided what he should wear - the soft hues of his blue and green tie - and what emotional tone he should aim for.

They will have pondered short-term and long-term goals, gathered all the facts they could from monitoring every word written and spoken in the media, as well as their inside knowledge from their client. Many PR firms are hired by the client's legal team, which allows them to be included in the loop of solicitor-client privilege. A rapid response mechanism was set up on a website and on Twitter. And then the hard part: getting the facts and context favourable to their side into the public realm.

"The political version of it is the ballot question," said Duncan Fulton, a former press secretary to Jean Chrétien and now a senior partner at Fleishman-Hillard communications. "A lot of people worry about winning the media cycle. I worry about the enduring memory of the crisis. … You want to be able to define the question that people should be asking."

When Mr. Bryant emerged from a night in police custody to face the media, everyone noted that he had changed into a clean, pressed suit brought by his handlers. One senior PR executive said the suit was a mistake, because it will become the enduring image of the crisis. It shows no contrition, and emphasizes all the wrong things.

"Be moderate, not this stuff about being brought out in a suit," he said. "People are going to remember that suit for a long time."

Casting ahead, the story will appear and disappear in the news according to sporadic milestones, for which Navigator will prepare detailed communication strategies - anticipating what may come up, and deciding how to best frame the news for their client. The first major milestone, Mr. Sheppard's funeral, has already passed. The next will be Mr. Bryant's court appearance, scheduled for Oct. 19.

"What Bryant recognized in hiring [Navigator]is that there's a difference between a court of law and the court of public opinion," said Mr. Tisch. "Is it good for Bryant that he got them on board? I'd say yes, at least so far. Is it good for society? The jury's out, to use a legal image." 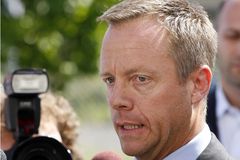 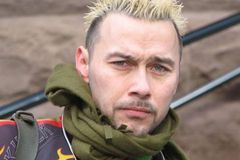