A senior police officer allegedly responsible for two notorious "kettling" incidents at the infamous G20 summit in 2010 had his case put over for two months Tuesday to allow time for disclosure.

Superintendent Mark Fenton faces five separate charges related to the incidents in which police boxed in and arrested numerous people in the downtown core.

Supt. Fenton, who was the major incident commander at the time, is accused of making an illegal arrest, unlawful detention and harming the reputation of the police force.

He has pleaded not guilty and none of the allegations has been proven.

Speaking for the prosecution, lawyer Brendan van Niejenhuis asked Tuesday that the case be put over until March 4, saying the disclosure process was a "laborious process."

According to the notice of hearing, the first incident occurred on Saturday June 26, 2010, hours after a small group of vandals rampaged through the downtown, smashing windows and setting police cruisers alight.

Supt. Fenton is alleged to have ordered officers to box in a "large group of civilians" on the Esplanade, arrest them for breaching the peace, and take the detainees to a notorious detention east-end centre set up for the summit.

According to the allegations, Supt. Fenton directed those arrested to be held for 24 hours without assessing whether there were grounds to do so and "failed to monitor the status of the detentions."

In the second incident, the following afternoon, police kept scores of people — many who happened to be in the area for reasons unrelated to the G20 — standing for hours at a downtown intersection despite a torrential downpour.

He is alleged to have ordered those detained to be arrested for conspiracy to commit mischief or breach of the peace and taken to the detention centre without reasonable grounds to do so.

"You repeated and maintained these orders notwithstanding the onset of sustained, severe and inclement weather," the charge states.

It was only when Chief Bill Blair intervened four hours later that those still kettled, soaked and shivering in the cold, were released.

Mr. Van Niejenhuis also asked the case against Inspector Gary Meissner be put over for the same reason to the same date.

Insp. Meissner is charged for allegedly ordering officers to arrest five people at a University of Toronto gymnasium early Sunday, June 27, and charge them with participating in an unlawful assembly, allegedly without doing anything to confirm the suspects had done anything illegal.

He, too, has pleaded not guilty and the two charges against him have not been proven. 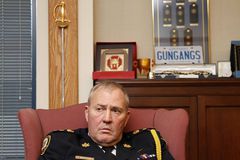 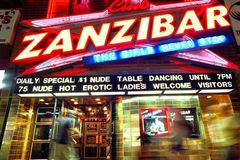 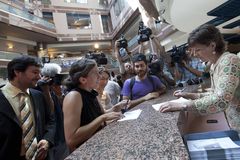