Mississauga mayor Hazel McCallion is seeking more than half a million dollars from taxpayers to cover her legal costs from last year's conflict of interest case.

After the judge ruled in her favour last summer, Ms. McCallion's lawyers initially asked for nearly $395,000 to cover the mayor's legal fees. The judge awarded her $170,000. Now, on the grounds that her accuser is unable to pay up, she's seeking the full cost of her legal bill, which is $563,420.58.

A motion was brought forward in Peel Regional Council Thursday morning by Mississauga councillor Pat Saito, an ally of the mayor, that the region draw from its reserves to cover Ms. McCallion's costs.

In November 2011, Mississauga resident Elias Hazineh filed a court application accusing Ms. McCallion of breaking conflict of interest laws. He accused her supporting motions and voting in council to amend a development charges by-law and extend the transition period so her real estate agent son could potentially save $11-million in development fees on a project he was involved with.

Last June, following a hearing, Superior Court Justice John Sproat dismissed the application, writing in his ruling that "a reasonable elector would not regard the deemed financial interest of Mayor McCallion as likely to have influenced" her votes in council when it came to the development fees by-law. He also dismissed the case because Mr. Hazineh failed to submit his court application within six weeks of learning about the mayor's actions – a stipulation in the conflict of interest law.

At Thursday's meeting, council decided to hold off on the matter of covering Ms. McCallion's bills for a few weeks and first revisit a regional by-law that reimburses councillors for costs they incur so that it might also cover fees that arise from municipal conflict of interest cases (as the by-law currently stands, those fees are excluded). Ms. McCallion has already received $50,000 as an insurance payout from the region.

Councillor Nando Iannicca stressed the importance of updating the by-law rather than simply granting an exemption to Ms. McCallion.

He asked how he'd reply if one of his constituents said, "Nando, how did you hand over a half-million-dollar cheque?"

Ms. McCallion, who turns 93 tomorrow, recused herself from the debate and vote.

Upon learning that Ms. McCallion would be ultimately turning to the public to cover her legal fees, Mr. Hazineh was disheartened.

"I think this is a continuation of her sense of entitlement," Mr. Hazineh said in an interview Thursday morning. "She wants the taxpayer to not only pay her expenses…she's asking that she do with the money as she pleases."

Several Peel councillors expressed their support for Ms. McCallion when discussing the motion.

Caledon Mayor Marolyn Morrison said she believed many charges of conflict of interest are motivated by politics, not true wrongdoing.

"The vindictiveness of some of the residents doesn't make sense to me – it's like poison spreading through the community," she said.

Gael Miles, a Brampton councillor, also said she supported the idea of the region covering the mayor's bills.

"I put myself in Mayor McCallion's shoes. I know that if I was in her position, this kind of action would absolutely debilitate me and my family financially," she said.

Mr. Hazineh sees the situation differently, though – the true risk in conflict cases lies with the person who brings forth the charge, he said.

In his report, Justice Douglas Cunningham made several recommendations to beef up accountability in Ontario municipalities, including giving the province the power to bring conflict cases against municipal politicians so individuals wouldn't have to assume the enormous legal costs.

Just 20 minutes after discussing Ms. McCallion's case, council stood up to sing Happy Birthday to the mayor. They presented her with a cake and posed for a group photo with her. 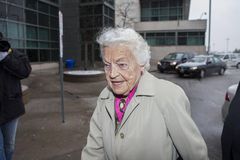 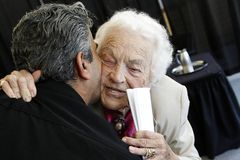 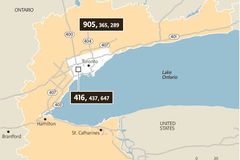 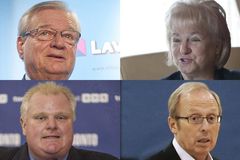