Two young Canadian professors who are making Toronto their base for research are being singled out as rising stars in a new international high-tech ranking.

The pair – Hossein Rahnama of Ryerson University and Joyce Poon of the University of Toronto – will be recognized for their individual achievements on Tuesday by MIT's Technology Review. They are two of 35 innovators under 35 named by Massachusetts Institute of Technology's publication for taking on important problems in transformative ways. They join a list of past recipients that includes Mark Zuckerberg of Facebook, Google founders Larry Page and Sergey Brin, and Linus Torvalds, the creator of Linux.

The Toronto academics, both 32, are being recognized for two very different approaches and fields of research, but their backgrounds share common threads. Both came to the city as the children of immigrants, completed their undergraduate education at the schools where they now work, and picked Toronto as the best place to conduct their cutting-edge research, turning down the chance to work in other high-tech hubs, including Silicon Valley.

"One of our goals as a university is to create an environment where our graduates can stay in Toronto and compete in the global economy," says Ryerson President Sheldon Levy. The international recognition, demonstrates, he says, "that by connecting our best, brightest and most passionate innovators to each other and to businesses, we can compete with the best in the world."

Prof. Rahnama's work is changing the way people retrieve information on mobile devices by placing it in context using factors such as location, social network, time, even how much battery life is left. A phone becomes a transit assistant at a station, forwards calls when you have a meeting, or only lets family and friends find you after office hours.

"Instead of searching for the information, the information will find you when you need it," he explains. The technology's first use was for wayfinding and assistance on the Paris Metro, and it is now used by Metrolinx's for its GO Mobile service.

Prof. Rahnama came to Ryerson as an undergraduate where he got involved in research that led him to a Masters degree and a PhD. He is one of the forces behind Ryerson's Digital Media Zone, a centre set up two years ago to help bridge the gap between curiosity-driven research and the creation of new industry and jobs. As a graduate student, he did work in Britain and other European countries, but decided to return to Toronto. "There are always offers and opportunities," he says. "I think Toronto has the potential. Instead of leaving, why not build potential here."

Ryerson is an investor in his spinoff firm, Flybits, and most of its 26 staff are Ryerson grads.

"Curiosity-driven research has to be there, but as a country we are doing terrible at translating that into jobs and commercial successes," Prof. Rahnama says.

He has found it hard to find early adopters for his technology in Canada, and earlier this year set up a London office to focus on European users.

"In Canada, we have to commit to a lot of prove points and pilots," he says. "In Europe, especially Nordic countries, it's much easier to get companies to try technologies."

U of T Assistant Professor, Electrical and Computer Engineering;Canada Research Chair in Integrated Photonic Devices, U of T

Prof. Poon is developing faster, more energy-efficient ways to transmit data using optics or light signals. It's most immediate application is between servers in large computer facilities, but her breakthrough discoveries in optical switches and lasers have the potential to change the way computers are built.

"Optical systems can do things that electrical systems cannot do," she says. "You have a whole new set of tools in your tool kit. The computer itself, how it works would be different."

After completing her PhD at California Institute of Technology, Prof. Poon said U of T, where she studied as an undergrad, was the only Canadian offer she considered.

"It was people – the student quality, that's what really motivated me to come back. To do research, it has to be a whole team. We rely heavily on graduate-student researchers and undergraduates become graduate students. It is really the No. 1 key to success."

As a researcher who focuses on the hardware side of the industry, Prof. Poon says it is tough to find homegrown Canadian partners. She is working with IBM's research arm in Yorktown Heights, New York and with groups in Belgium and Singapore. "This is an exciting place to be. I think there is huge potential. We should try harder to develop the talent here."

Ryerson president appointed to Waterfront Toronto board
April 30, 2018
The digital city: IBM’s Guru Banavar on traffic, politics and Toronto
May 1, 2018 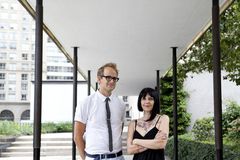 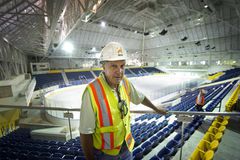 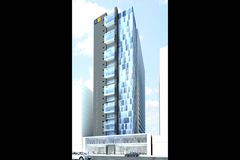