Opposition to a casino at Exhibition Place is mounting, with a major Liberty Village developer warning it will "immediately end" gentrification in the area and the head of Toronto's annual exhibition vowing to mobilize "CNE nation" to stop the proposal.

First Capital Realty, the national shopping centre company that is headquartered in Liberty Village and helped spur its development, has sent a letter to the city manager to voice its "strong opposition" to a casino proposed for nearby Exhibition Place.

The letter, written by CEO Dori Segal, calls a casino "completely inconsistent" with the city's vision for the area. "It will destroy the unique character and lifestyle of King Liberty Village and Queen Street West and irreparably impair the community attributes and value of this neighbourhood," it says.

"Neither families nor anyone else want to live next door to a casino!" the letter states in bold type, urging the city to reject Exhibition Place as a possible site.

MGM and Toronto-based Cadillac Fairview have identified the fairgrounds as their preferred location for a casino development.

The letter is the second public statement of opposition to casino plans by a major developer. Earlier this month, RioCan Real Estate Investment Trust and its partners in a planned development at Front Street and Spadina Avenue urged the city to reject proposals to put a casino at the nearby Metro Convention Centre.

The head of the pension fund that owns the convention centre site also said Friday he is doubtful city council will endorse a casino in the downtown. "My vote says it probably wouldn't happen. That's just my call, said Michael Nobrega, the head of OMERS, which owns the Front Street site through its real estate firm Oxford Properties Group. He predicted the council vote, expected in early April, will be close.

In addition to mounting opposition from landowners, CNE president Brian Ashton, a former city councillor, said Friday he is ready to tap the 1.5 million people who come to the annual fair to help stop a casino project.

"I'm prepared to use all the levers," he said, describing fans of the fair as "CNE nation," a reference to the nickname given to the mayor's supporters. Mr. Ashton said MGM representatives are meeting with him next week to show him their latest plans.

Representatives from MGM and Cadillac told The Globe and Mail this week a casino development could be a catalyst for reviving both Exhibition Place and bringing Ontario Place out of mothballs.

The joint venture partners said a casino could co-exist with the CNE and other users of the waterfront site, suggesting that the midway could be moved to the northern side of Ontario Place.

Mr. Ashton was skeptical of that plan, saying putting rides on the other side of Lake Shore Boulevard would cut them off from the rest of the fair.

"For me, it is almost like coming into my house and asking me to live in the shed in the backyard," said Mr. Ashton, who was at City Hall Friday to meet with the mayor's chief of staff.

Rob Ford's executive committee will consider a casino report from the city manager at its meeting next month and council is expected to debate the issue in April. Three sites are on the table: Exhibition Place, the convention centre and the Port Lands.

Plans by the Ontario government to expand the gaming industry include a new casino in the Toronto region, but the province has said it will not force one on a community that does not want one.

Mr. Ford has said he supports a casino for the fees, new taxes and jobs it would bring to the city and has indicated he favours city-owned Exhibition Place because of the extra money the city would collect as landlord.

With files from Tara Perkins and Colin Freeze 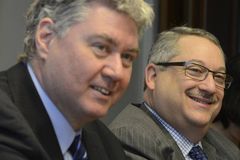 Olivia Chow weighs in on Toronto casino, but she’s not campaigning
May 11, 2018 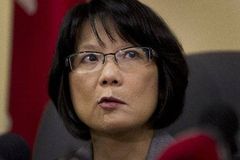 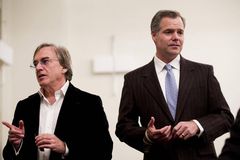