As Toronto Police prepare to show off their new "sound cannons" at a Thursday news conference displaying gear for the G20 summit, the Mounties say they do not use the powerful devices against urban crowds.

Thousands of police officers are teaming up to protect world leaders who will visit Toronto this month, but each force will bring slightly different rules.

"The RCMP's use of long-range acoustic devices is limited to marine operations and, in this setting, has no concerns," Julie Gagnon, a spokeswoman for the force wrote in an e-mail to The Globe and Mail.

Ms. Gagnon had been asked whether Mounties consider LRADs safe. She added that "the RCMP does not use the LRAD as a crowd-control tool" and also stated that an internal RCMP review "did not support the use of LRADs as crowd-control devices."

The controversial sound guns can blast up to 150 decibels from a handheld police shield, or even the top of a truck or boat.

They were pioneered after al-Qaeda bombed USS Cole in Yemen in 2000 to help the U.S. military warn small crafts away from navy vessels.

Manufactures say loud sound is a perfect alternative to other force, but whether this amounts to sonic weaponry or a souped-up public address system is a matter of fierce debate.

"They can be set to induce pain," said Robert Harrison, a doctor at the Hospital for Sick Children in Toronto who also works for the Hearing Foundation of Canada. "Any pain also means damages to the ear."

He is aghast that LRADs could be used in a city. "We're going to have another taser-like inquiry if these things are deployed at the level that they are capable of."

Proponents of the LRADs say that, like Porsches that can go 200 kilometres an hour, they are not usually used at their full capabilities.

Meaghan Gray, a spokeswoman for Toronto Police, said officers have been trained to use the four LRADs acquired for the G20, partly with federal funds.

The devices have distinct communications and alarm functions.

The former blasts loud, prerecorded human-voice messages urging crowds to disperse. The latter is the ear-splitting siren that has given rise to many YouTube videos from past summits showing anti-globalization protesters fleeing police.

The communications function will be emphasized at the G20, Ms. Gray said, and the alarm function should be used sparingly. "The long-term use of the alert function for the purposes of the dispersing the crowds is not the intention of the Toronto Police," she said.

However, Vancouver Police shut the door entirely on the alert function when it acquired LRADs before the Olympics. Facing a civil-liberties outcry, Chief Constable Jim Chu promised it would be switched off.

At both the Olympics and the G20, municipal officers are the "police of jurisdiction" meaning they have to engage crowds more frequently than the RCMP.

One of the founders of the technology says he cannot understand the fuss.

"You got to take everything with a grain of salt," A.J. Ballard said in a telephone interview from Maine. "There's people saying these things are death rays."

The guiding principle of the machines, he said, is that "you communicate before you escalate."

The acoustic devices often defuse situations, he said, but "it's like anything else; a car can be a weapon if you misuse a car."

A retired naval officer who helped develop the LRAD, he now sells a competing product branded as the Hyperspike.

His biggest concern about the Toronto Police purchase?

Mr. Ballard said it is unfortunate that his new company, Ultra-USSI, didn't get a call when police were buying the devices. 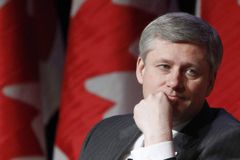 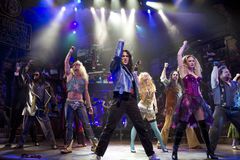 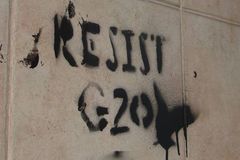 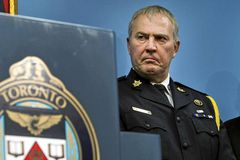