Jonathon Sherman opened his eulogy to his parents by telling more than 6,000 relatives, friends and employees from his father's company that the past six days were "really fucked up."

It was a raw but honest start to a memorial service meant to bring closure to the passing of billionaires Barry and Honey Sherman, found side by side last Friday in their Toronto home, killed by what the police refer to as "ligature neck compression" and the rest of us refer to as strangulation. Those close to the Shermans have been on an emotional roller coaster since learning of the couple's death – the ride continued on Thursday.

There is a script for eulogizing parents, siblings, business colleagues and pillars of the philanthropic community. That script is hard to follow when police view the deaths of the couple being honoured as "suspicious" and police sources say they're investigating whether the founder of Apotex, a giant in the country's pharmaceutical industry, and his social dynamo of a wife passed away in a murder-suicide.

The memorial was a procession of rational people trying to make sense of highly irrational acts.

The service was treacherous for politicians taking the stage at Mississauga's International Centre. How could Ontario Premier Kathleen Wynne, for whom preventing violence against women is a personal and political passion, deliver a tribute when so much is unknown? By gracefully focusing on the inspiring way the couple lived their lives, while carefully steering clear of the manner of their deaths.

Staged in a cavernous hall typically used for trade shows, Thursday's event was at times a roast. Mr. Sherman's obsessive work habits were the stuff of bittersweet jokes: Jonathon Sherman described the handful of his childhood hockey and baseball games his father managed to attend as his "Stanley Cups and World Series." The crowd laughed at stories of Ms. Sherman's competitive partying streak, which saw her come back from arthritis surgery to win a charity "Dancing With the Stars" competition.

At other times, the two-plus-hour affair was a massive pep rally for the company that Barry Sherman founded in 1974 and built into a generic-drug manufacturer that employs 10,000, selling its products in 115 countries. It's never easy for a business to replace a charismatic founder who exits unexpectedly, but legions of employees came to pay their respects on Thursday wearing Apotex's bright blue corporate colours, some in T-shirts that said "We will continue your legacy."

But the focus of this service was on the Sherman family; four adult children who came home from scattered locations – Florida, Whistler, B.C., California and Israel – to bury their parents and make some sense of their passing. That promises to be a long, painful journey.

Immediately after the bodies of the Shermans were found last week, family and friends, including Senator Linda Frum, suggested the pair's deaths were a double homicide. That theory received no airplay during the memorial. Instead, numerous speakers dwelt on an adventure abruptly ended, a legacy left incomplete.

Ms. Frum, a pal of Ms. Sherman's, told a story of the couple visiting her cottage, and Mr. Sherman patiently waiting for his wife to decide where they would sleep, while weighed down with two overnight bags and a dozen boxes of baked treats, piled so high that Ms. Frum couldn't see his face. It was meant as a tribute to a doting husband.

Ms. Sherman was the child of Holocaust survivors, and in paying tribute to her friend, Ms. Frum noted that she sprang from an era of "evil and brutality," only to see those same forces claim her life at age 70.

The memorial finished with a prayer, then the Sherman family filed out one way, holding one another for support, while two coffins were wheeled out past the Prime Minister, Premier and Toronto's mayor. As they watched the coffins loaded into waiting hearses, the crowd fell silent and stayed largely silent as they headed for the exits.

Barry and Honey Sherman's lives were fondly celebrated on Thursday. Their family, friends and colleagues are having a much tougher time coming to grips with their deaths. 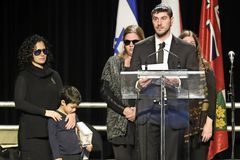 Police reveal cause of death as friends and family of Barry and Honey Sherman reeling
December 17, 2017 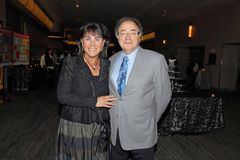 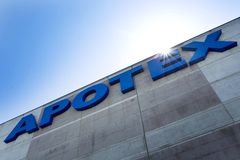 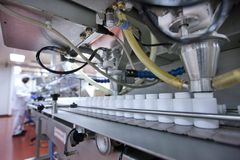 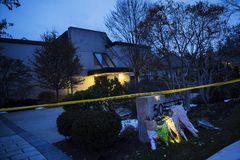