This year's edition of the Toronto Pride parade may be the most important one ever.

After the massacre at gay nightclub Pulse in Orlando, Fla., and the discovery of an online threat toward Toronto parade attendees from Islamic State supporters, the cause suddenly seems more relevant this year. Prime Minister Justin Trudeau has even vowed to be the first Canadian prime minister to march in a Pride parade.

John Tory, the mayor of the city of Toronto and Kathleen Wynne, the Premier of Ontario, will join Trudeau, marking the first time the leaders of the municipal, provincial and federal governments have marched together. Additionally, a moment of silence for the victims of the Orlando shooting will be observed at 3 p.m., Sunday.

"The Orlando tragedy changed nothing and it changed everything for us," said Mathieu Chantelois, executive director of Pride Toronto. "It changed nothing because when there is an attack like this it shows our rights must go on, but it changed everything because for a lot of people it was a call about how important Pride still is and how relevant Pride still is and how important it is for all of us to get together."

With so many events to choose from and a limited amount of time, finding the best fit can be hard. Chantelois breaks this weekend's Pride itinerary down into must-see events for every type of attendee.

Pride can be an overwhelming place for someone who has never partaken before. So this year, for the first time, welcome tours are being offered. These tours are to make sure "people feel comfortable," according to Chantelois. The groups will be introduced to each other and shown around the different sites of Pride.

"It's really stressful to arrive in a crowd of a million people. There are many, many stages. You don't know where to go. Often the newbies are people just coming out of the closet or they come from small towns and villages," Chantelois said. "These tours are going to be extremely refreshing and totally change the experience. Because walking alone in a crowd of a million people, at least for me, it's a bit of a challenge. People will do a tour together and become friends."

The tours will start at 11 a.m. and 1 p.m. on both Saturday and Sunday, and groups will meet on Wellesley Street in front of Wellesley Station.

Those attending the parade can also look up its course throughout the day, with the first-ever Pride parade route integrated into Google maps. This is part of a global initiative to map Pride festivities in 16 cities around the world.

The sometimes risqué nature of the event does not always lend itself to family fun – but organizers have taken that into consideration with the event Family Pride. On both Saturday and Sunday, from 10 a.m. to 5 p.m. at the Church Street Public School, families can make crafts, play games, get their faces painted and see live performances.

"It's a good place for families to meet, and not just queer families but all kinds of families," Chantelois said. "Family is not necessarily a man and a woman with children. That's a good place to open the eyes of everybody about what family could be."

If you're a Pride regular, Chantelois recommends you stroll over to the Final Play stage after the parade has wrapped up on Sunday. The weekend will end in style with performances by Joe Jonas's band DNCE, Glee alum Alex Newell and the New York singing string quartet Well-Strung. Audiences will also see performances by Alabama dance troupe the Prancing Elites and New York DJ Miss Honey Dijon.

And to top it all off, the world's pre-eminent drag supermodel, RuPaul, will take the stage. RuPaul Charles, star of Logo TV's RuPaul's Drag Race and Gay for Play Game Show Starring RuPaul, is an American actor, drag queen, model, author and recording artist.

"RuPaul hasn't done a Pride event in many, many years," Chantelois said. "For many of us, she's like an iconic legend."

Chantelois said he wanted to find the best person "to come on stage after the parade and address the crowd about marginalized communities, about Orlando, about the importance of Pride and for all of us to get together." 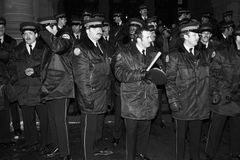 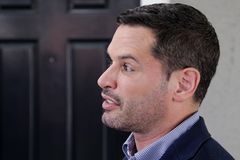 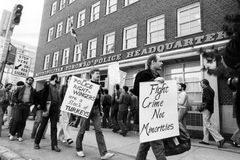