It was long past last call when shots rang out at Toronto's Muzik nightclub on Tuesday morning. Just after 3 a.m., the bar was still packed with partygoers – in the eyes of police called to the scene, potential witnesses – not exactly the ideal setting for getting away with a murder. But police say piecing together exactly what happened in the shootings that killed two people and injured three others has not been easy.

Serious violence in a public place brings unique investigative challenges, putting police under pressure. Such cases are not common in Toronto. In 2012, two people were killed in a shooting at a block party in Scarborough and 22 injured, and two people died after a shooting at the Eaton Centre food court.

Toronto Police homicide inspector Peter Moreira said eight investigators are on the Muzik case, but four days after the shootings, they still "haven't spoken to as many people as we would like, or, quite frankly, expect."

Police released descriptions of two men they say are persons of interest, but no arrests have been made. A Web page for people to upload photos or videos from the night has garnered fewer tips than was hoped for, Toronto Police spokesperson Victor Kwong said. Part of the problem, he said, may be that people do not know something they have might be valuable – investigators are looking for material from any point in the night, even something seemingly innocuous such as a group photo or a selfie.

"It's not so much the selfies that we want, but is there someone in the background that so happens to be that missing piece of the puzzle," Constable Kwong said.

On Tuesday, Muzik was full of young people. The victims, Ariela Navarro-Fenoy and Duvel Hibbert, were just 26 and 23. Insp. Moreira says the demographics of the people at the club is a part of the challenge.

"There's a fear of being the first one of the group to come forward and participate," he said. "Then there's the other aspect of fear: Fear of being found out to have provided the information to the police, of being a rat – that's a step up from having the fear of simply not being cool."

But dealing with young people also means cell phones and social media are omnipresent, which is why the police request for evidence from the night of the shooting casts such a wide net.

"Never have we had a demographic that is so willing to record and photograph and otherwise document their lives and their day-to-day activities as we do today," Insp. Moreira said. "From that perspective, it's a huge investigative opportunity for us."

Scot Wortley, an associate professor of criminology at the University of Toronto, says a lack of witnesses to public violence is not necessarily surprising. He is surveying Toronto residents about their attitudes towards police and criminal courts, and he has co-written papers on Canadian youth involvement in gangs. He says young people he has interviewed about their experiences witnessing and reporting crime often feel unfairly stigmatized simply because they were there.

The brazen nature of public violence also creates barriers to speaking out.

"In this case … they were not only unafraid of pulling a firearm and using it in a public place, demonstrating their willingness and ability to use violence, but they also were able somehow to sneak firearms into a nightclub that, to my understanding, had [more than] 75 security staff and paid police staff," he said.

Dr. Wortley said witnesses who may already distrust police might feel their safety would not be guaranteed if they come forward.

Gun violence causing injury or death in Toronto is up this year, police say, with 95 incidents so far in 2015, compared to a total of 60 in 2014. But Dr. Wortley emphasizes that Toronto is still very safe: Compared to cities of a similar size, such as Chicago, the overall crime rate is much lower.

Tuesday's shootings came at the official after-party for the sixth annual OVO Fest, a music festival hosted by rapper Drake. As of Friday, he had not publicly commented on the shootings.

Some are calling for more action from the musician. Sean Sportun, vice-chair of Toronto Crimestoppers, appealed to Drake on Twitter on Wednesday to speak out, requesting a meeting to discuss ideas to stop gun violence. Mr. Sportun said he hoped Drake's involvement might encourage people to call in tips.

Muzik released a statement on Friday announcing it would be closed this weekend as police continue to investigate.

"I don't quite get what possesses people to bring guns to these events and do it in such a public setting," Insp. Moreira said. "But silence allows it to continue, and that's the reality." 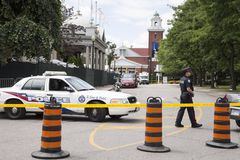 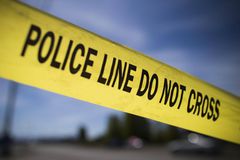 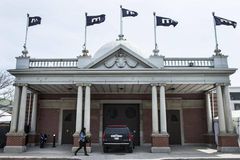