It's cold enough in Toronto to break railway tracks and kill streetcars.

The city is shivering through some of its most frigid weather in decades, hitting a low of -22 on Thursday morning and breaking a day-record set in 1960. The wave of cold has prompted concern for homeless people, warnings about how to dress properly and suggestions for limiting outdoor time. Staff of the transit agencies on which huge numbers of people rely daily are struggling with the fallout.

The Toronto Transit Commission, which handles local service, said nearly one-third of its old streetcars broke down and were unable to leave the yard. It was among the worst mass failures in recent years, and buses had to fill the gaps. And the operator of the regional GO Transit service said a suburban commuter line faced extensive delays after a crack was found in a rail track designed to withstand a 60-degree temperature swing.

The cold is expected to hang around into next week, when more people will be going to work and school, potentially magnifying weather-related transportation issues. But officials at both transit agencies said they are helped by new systems and approaches adopted in a recent years.

The TTC actively monitors its subway track, which can fall victim to the cold, with crews assessing every stretch of the system every 72 hours. The subway carries more than one million people on a typical weekday, and a shutdown would have a devastating ripple effect, pushing passengers onto already full buses that would be mired in traffic.

Much of the subway is outside, leaving it also vulnerable to a build-up of snow and ice around the power rails. On Thursday morning, such an issue south of Rosedale station caused an eight-minute delay for trains approaching Bloor station, the busiest in the system.

TTC spokesman Stuart Green said crews work to keep ahead of the weather, manually clearing switches and spraying a de-icing agent. To prevent subway trains from being trapped by switch or signal problems at the storage yard, the agency leaves them in the tunnels overnight during bad weather.

However, the cold claimed another key type of TTC vehicle. The old streetcars, which are gradually being replaced with more reliable models, have long struggled with winter. The cold can lead to issues with the pneumatics that control the doors and a sanding system used for friction. Of 140 remaining old streetcars, 45 could not get going on Thursday morning. Although larger numbers failed in the worst of the cold spells a few years ago, the fact that fewer of them are in service now means the failure rate this week is worse.

"Forty-five out of the current legacy fleet is a larger number," Mr. Green said.

Buses were put into service to cover the 505 Dundas and 506 Carlton routes, a solution that will be harder to enact next week when rising passenger numbers after the holidays stress the system.

At the regional transit agency Metrolinx, which carries about 300,000 passengers on the typical weekday, crews have their own protocols for severe weather. They adjust employee schedules to make sure crews have enough time to get to work. They keep stations open until well after the last train, so people waiting for a bus connection or a ride home can do so in a warm place. They monitor for cold-related stress on the tracks.

Other changes are more permanent. The agency has installed snow-blowers at many of the most important rail switches, including those managing the heavily used sets of tracks around Union station, to keep them from seizing up. And in-ground heating systems at some station platforms prevent ice build-up, allowing passengers to move more quickly and safely.

The biggest GO problem on Thursday was on the Kitchener line, where a stretch of track cracked in the cold. The agency has also suffered mostly minor slowdowns in the recent cold, but Metrolinx spokeswoman Anne Marie Aikins said some delays are to be expected for any winter transportation.

"When there is extreme weather, you should always plan for extra time, I don't care how you transport," Ms. Aikins said. 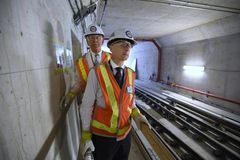 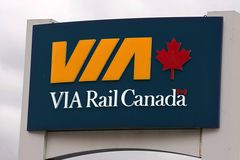 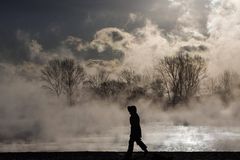