When he was running for election last year, John Tory promised to improve relations with Toronto's closest partner, the provincial government. It was a centrepiece of his pitch to voters. Better relations, he said, would mean more help for Toronto as it strained to pay for the rising needs of a growing city.

Rob Ford, he correctly said, had made a hash of inter-governmental relations. He had failed to make Toronto's case to Queen's Park. He had disrespected the Liberal premier, Kathleen Wynne. Toronto had suffered as a result. Things were sure to get better when he, Mr. Tory, took charge.

He made a point of his warm ties with Ms. Wynne, despite their old role as foes on the floor of the legislature. She said "Hallelujah" when she heard he had won the vote for mayor. The two exchanged kisses on the cheek at their first meeting after the civic election. All seemed sweetness and light.

Now, just eight weeks into his four-year term, Mr. Tory finds himself in a scuffle with Ms. Wynne's government. He was hoping for millions in help from Queen's Park to plug a hole in his first budget. All he got was the offer of a crummy loan instead. On Thursday, taking affront, he turned up his nose at the offer and said the city would find the money itself.

The episode of the spurned loan hands his new administration its first big setback just as it is trying to establish itself. It also raises questions about how Mr. Tory will pay for what he calls his progressive conservative approach to government – investing in new services for residents and keeping taxes low. That's quite a trick and it's not at all clear how he will manage it.

Coming into office, he pledged to keep his campaign promise to hold property-tax increases at or below the rate of inflation. But when Toronto Transit Commission chief Andy Byford told him how badly Ford-era service cuts had hurt, he was won over and agreed to buy new buses, hire 800 new employees and improve service on many routes. That meant breaking a promise not to raise TTC fares. It also meant dipping into the budget pot for more funds. While he was in a generous mood, the new mayor agreed to spend a few million extra to create more space in shelters and hire more paramedics.

He got applause all around, for who doesn't like better transit or more help for the homeless? The mistake was counting on Queen's Park to help. Kathleen Wynne's government is trying to claw its way out of a chronic deficit. All the good will and warm feelings in the world cannot change that. Every government, in the end, looks out for its own interests.

Tory staffers say that after a few promising meetings, they were "feeling confident" that Queen's Park would help out with the city's $86-million budget gap. "The answer was always the same: Yes, you could count on it," says one aide.

But when the time came to pony up, the province would only offer to buy some city land as a way of putting some money in city hall's coffers. City officials turned down that idea, which reeked to them of a fire sale. The province offered a loan instead, and the city accepted, only to announce on Thursday that the loan terms were so poor that it would reject the offer after all.

That leaves the city in a fix, scrambling to fill the gap it hoped the province, out of the goodness of its heart, would fill. It will strive to find that old black magic, "efficiencies," that Mr. Ford used to talk about all the time. It will cut back on the amount it takes from property taxes to pay for long-term projects like building bridges or fixing water pipes and borrow the money instead. It is the usual budgetary jiggery-pokery and it is disappointing to see a new administration resorting to it so soon.

Mr. Tory insists that Toronto will come through it all fine and that there is no break with the provincial government. But the whole mess is a reminder of the perils of counting on the kindness of others. Queen's Park has made it clear since 2013 that it would stop sharing certain housing costs with Toronto, leaving an unexpected hole in the city budget. The two levels of government have been struggling over the issue ever since.

Both David Miller and Rob Ford complained at various times about being betrayed by Queen's Park. Tension between the governments is hardly new. The endless tussle between these quarreling cousins over who pays for what goes on and on. As Thursday's events make clear, even the arrival of a smoother, sharper, better connected mayor won't change that. 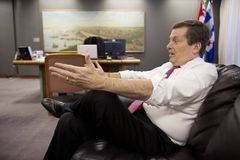 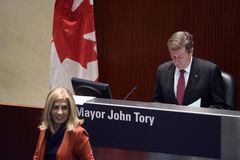 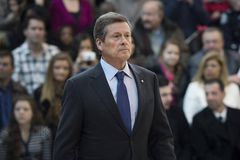 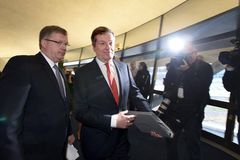 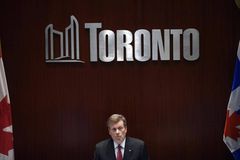