It's been more than a year since Keiko Nakamura was forced out of the top job at Toronto's public-housing agency following scathing reports by the city's auditor-general about sloppy procurement practices and staff spending on such luxuries as parties and massages.

Next month, the Toronto Community Housing Corporation finally gets a new boss, and he faces a daunting $750-million repair backlog.

Eugene E. Jones Jr., 56, the current executive director of the Detroit Housing Commission, is no stranger to revitalizing scandal-plagued social-housing authorities. Beginning in 2008, he turned around the Detroit commission, which the U.S. federal government had taken over in 2005 because of mismanagement.

Mr. Jones spoke to The Globe and Mail Tuesday.

Were you aware during the search process that the TCHC had undergone a pretty turbulent year that included the firing of your predecessor?

I looked at all the auditor-general's reports and so forth and they were very, very interesting. But the interesting part is that's typical here in the United States. So there's nothing here that they've done that I haven't seen being done. Sometimes we just do stupid things.

What do you mean by that?

EDs [executive directors]just do stupid things. They don't quite understand what their mission is and [they need]compassion for making sure their residents are provided for.

In the case of the Detroit Housing Commission, you went into that job at a point where there had been a lot of scandal. Can you tell me how you helped turn the commission around?

This is not the first or second time I've done this. San Francisco was troubled. Kansas City was the first housing authority under federal receivership. That means a judge, a federal judge took over that agency because of mismanagement and so forth. So Detroit was on the bubble. I looked at the morale, I looked at the training. I looked at a whole slew of things across the operation of the agency. The great thing about the Detroit Housing Commission, they had money. They just didn't know what to do with it or how to handle it.

Right now TCHC is in the midst of doing some major mixed-income projects with some private developers. What do you think of that approach?

Regent Park? That's great. The mixed-income [model]works here in the United States and I say it can have the same success in Canada.

What do you think of rental vouchers, which allow people to live outside of prescribed public housing?

There should be more rental supplement vouchers, I think, because of the growing need of affordable housing. If there's a way we can increase the portfolio, I'd like to look at that as well ... Maintain what you have, make sure that's efficient, safe and sanitary. [Make sure]criminal activity has been reduced. But we also have to look at other opportunities, because there's never enough social housing anywhere.

People who are against rental subsidies here say they don't work, that people who live in social housing need support that goes beyond what a rental voucher can provide.

The interesting thing is that most people on rental supplements have jobs. That's always discounted and people don't understand that ... rental supplements give individuals an opportunity to live where they want to live at, closer to a job, closer to transportation. Would you rather have the people on the streets, being homeless?

The mayor of Toronto has taken a particular interest in TCHC. When you were going through the hiring process, did you have a chance to speak with him?

What are you expecting to be the major differences between working in the States and working in Canada on this file?

Trying to re-learn the metric system and your money. And the difference between Celsius and Fahrenheit. 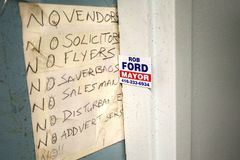 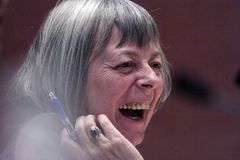 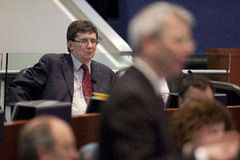 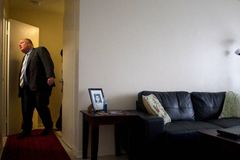 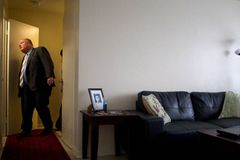