The City of Toronto is revamping its wayfinding signage, in preparation for the thousands of people who will be navigating around downtown for the Pan Am Games.

The Toronto 360 Wayfinding project (TO360) is set to launch its pilot phase on Monday, mostly in the city’s financial district. It’s the first time the city is introducing a comprehensive wayfinding project, replacing an almost non-existent predecessor.

Wayfinding consists of any signage or infrastructure that helps people unfamiliar with an environment navigate, according to Brent Raymond, a partner at design firm DTAH. 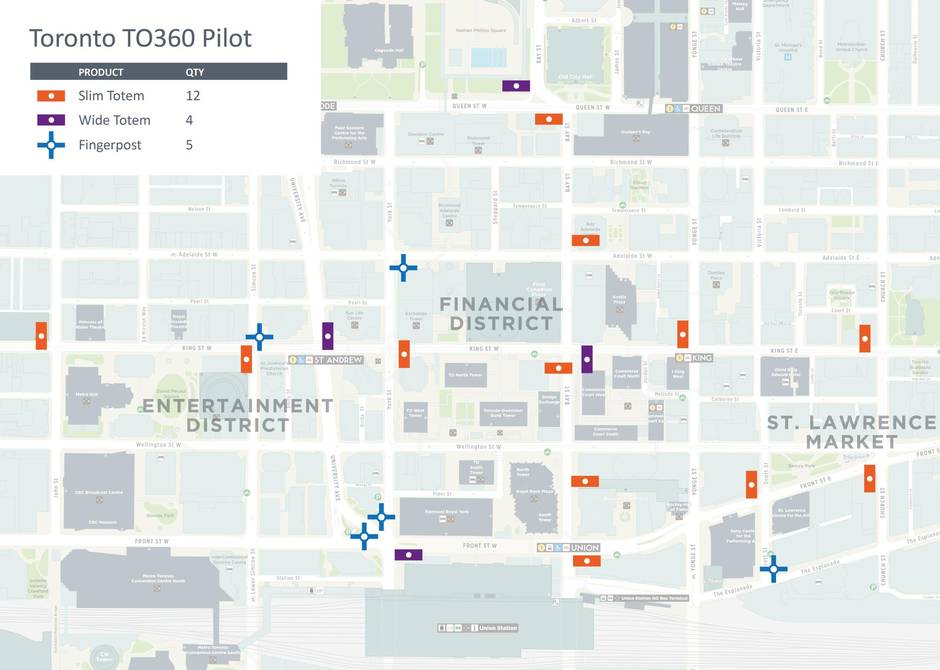 “It isn’t just about signs. It’s about helping people navigate space. The best examples are always places like airports. People who aren’t familiar with a place at all, they need to be able to find information quickly and feel confident about their environment,” Mr. Raymond said.

The pilot project will have three new types of signage; two are maps, designed with an emphasis on landmarks. Previously, the city had a few maps designed by Bell subsidiary Astral Media.

The other type of signage is called a “fingerpost,” which points pedestrians at intersections to the direction of important landmarks. In total, the city will create 16 maps and five fingerposts for the pilot project.

The old wayfinding system in Toronto was outdated and in some cases falling apart, TO360 project manager Chris Ronson said.

“The product has not necessarily stood the test of time,” he said. In some cases, maps have gotten wet through leaks in the casing. The old maps also did not emphasize landmarks, instead colour-coding different Business Improvement Areas in the city, which is unhelpful for those trying to navigate the city, Mr. Raymond said.

“I’m not interested necessarily in knowing what the boundaries of the Business Improvement Area are. I want to know, where is St. Lawrence Market? Where is the ROM,” he said.

Focusing on landmarks, he said, is more intuitive because it replicates the way people naturally navigate. 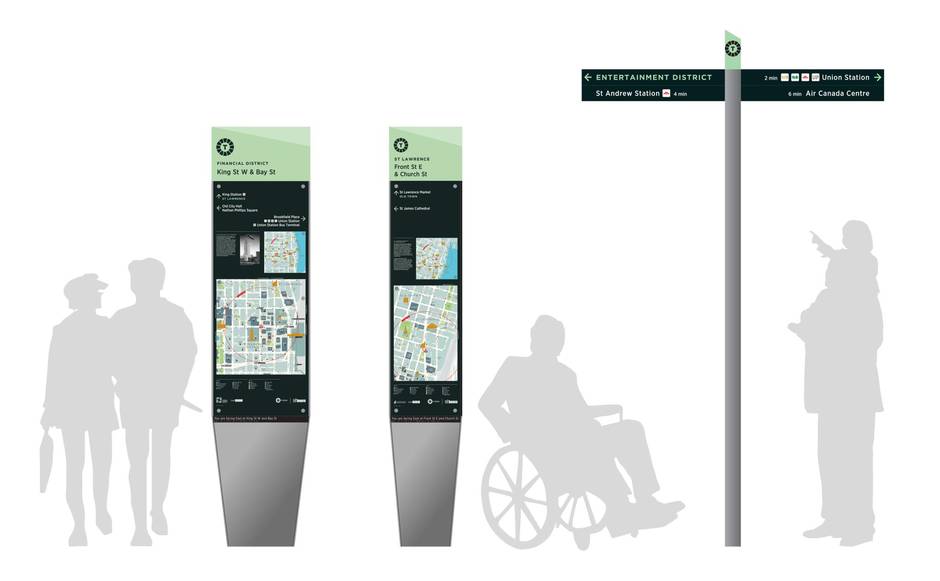 The inspiration for the new system came from projects in other cities, like the Legible London system in England, according to Fiona Chapman, manager of pedestrian projects at the City of Toronto.

“We did a lot of work looking at other jurisdictions, and were really informed, particularly, by what they did in [London],” Ms. Chapman said.

Apart from helping newcomers navigate, TO360 will also provide options for getting around, which help ease congestion on transit during peak hours, Ms. Chapman said. That was one of the key takeaways from the system in London, she said.

“They had a eureka moment where they realized if they can get people above ground, and make the journey to the next station on foot, which would take five minutes, you wouldn’t have to invest a boatload of capital into that infrastructure,” she said.

If the program is successful, city staff will recommend a city-wide rollout to city council, Ms. Chapman said.