When The Globe and Mail first reported that Mayor Rob Ford pressed city staff to make repairs outside his family business this summer, he insisted that "Deco didn't get any preferential treatment." That claim now lies gutted like a trout on a dock.

The documents obtained by The Globe's Elizabeth Church through a freedom of information request show that in fact city staff jumped through hoops – and crawled under backhoes – to accommodate him.

On July 20 the mayor called city staff out to Deco Labels and Tags on Greensboro Drive in Etobicoke to ask them to spruce up the street in time for the firm's 50th anniversary, then just three weeks away. He wanted the road fixed, a retaining wall repaired, the boulevard cleaned up, the grass cut and some construction equipment removed. After staff told him that time was too short for all that, he met again with officials. This time the meeting was in his City Hall office and deputy city manager John Livey, one of the highest-ranked public servants in the city, was present.

When you or I complain about an unfixed pothole or a blocked drain, we don't get a meeting with John Livey, that is for sure. His involvement alone demolishes the notion that the mayor's requests were treated no differently that anyone else's.

What took place after the meetings confirms it. City staff sprang into action. As the report by The Globe's Ms. Church put it, "more than a dozen city employees at the supervisor level or higher were involved in making the mayor's request happen." A blizzard of e-mails flew back and forth among city officials on everything from asphalt patching to turf laying to how to fend off questions from the media. Try getting that kind of response next time your garbage isn't picked up.

City staff crawled under a parked backhoe to obtain its registration number and then visited the owner's home twice to ask to have it moved. They put in an "emergency" request to find the location of buried utility lines so they could dig up a culvert without doing damage. They cut grass on provincial land.

Mr. Ford says that anyone who accuses him of jumping the queue to get service is an "outright liar." But what does he think he was doing when he demanded urgent action from city staff on unscheduled work at his family business? Every city department has a pile of pending resident complaints to work through and a finite amount of time and energy to deal with them. It is obvious that when they were falling all over each other to fulfill the mayor's demands, they had less time to deal with the demands of ordinary residents. When the mayor's file went to the top of the pile, someone else's gathered a little more dust.

Whether or not the mayor meant to jump the queue, that was the effect of involving high-level officials in his personal beef. It short-changed other residents. It consumed the valuable time of busy city staff. It was completely inappropriate conduct for a mayor, especially one who complains ceaselessly about how other city politicians waste taxpayers' money to further their own ends.

If it isn't asking for special treatment when a mayor demands urgent work to beautify the street in front on his family business before its anniversary party, then what is?

If a mayor asks his city staff to do something for him, it is necessarily different than a request from an ordinary person. He is the mayor, with all the power of the office behind him. Mr. Ford must have known staff would hop to it when he made his request. They did. Of course he got special treatment. 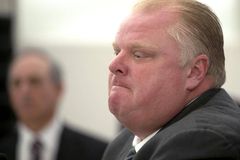 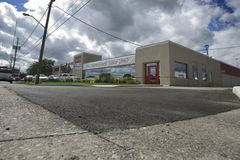 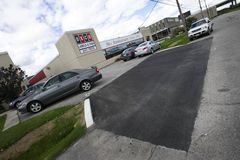