When Ms. Wynne reversed herself and quashed his plans last month, offering an increased share of the gas tax to all Ontario cities instead, a wounded Mr. Tory countered that Queen's Park must now give Toronto more money for its massive transit system and crumbling public housing.

But he did not also explicitly demand that the province kick in cash to cover the costs of Toronto's two busiest expressways, as he did for the first time in a lunch speech to the Empire Club at the Royal York Hotel on Tuesday.

Related: GTA has a history of toll drama way before Mayor Tory's time

Marcus Gee: Thanks to Wynne, Toronto is back to square one: not enough money

"The province must also commit to helping us pay for two of the region's key transportation corridors, the Don Valley Parkway and the Gardiner Expressway, which currently are 100-per-cent funded by City of Toronto residents," the mayor said.

Mr. Tory went on to target the Premier's political calculations behind the toll decision, made after some of her Liberal MPPs in the suburban 905-belt surrounding the city warned that the tolls would hurt in next year's provincial vote.

"If it was important to protect 905 residents by denying tolls, then I believe it is important for the province to help fund those roads, which are used by so many 905 residents," Mr. Tory said.

The aging, elevated Gardiner Expressway is due for a $3.6-billion rehabilitation and a major realignment of its eastern section, which was approved by Mr. Tory and his city council despite calls to tear that portion down and save $1-billion.

In his speech, he urged both Ottawa and Queen's Park to set aside "political fears" about favouring Toronto and instead recognize its needs as the country's largest city and economic engine.

Speaking to reporters, Mr. Tory said getting provincial money for the DVP and Gardiner was only fair in light of the refusal to back road tolls.

"The very same people who said no to that have to be the ones who say yes to supporting us in different ways," Mr. Tory said. "… If those roads are driven on by sufficient numbers of 905 voters that the response was they can't afford to pay these tolls and shouldn't have to, and the roads are that important to them, then I guess they are important enough to be funded by the provincial government as regional roads, which is what they are."

Mr. Tory said the two highways had been "downloaded" onto the city by the province, even though both were actually built by Metro Toronto and were never the province's responsibility. (The westernmost stretch of the Gardiner, from the Humber River to Highway 427, was formerly part of the provincial Queen Elizabeth Way but downloaded to the city in the 1990s.)

Asked about this, Mr. Tory told reporters that he meant that provincial funding to help the city maintain its highways had been cut off in the past.

In an e-mailed statement, Ontario Transportation Minister Steven Del Duca said the plan to double the city's share of the gas tax will mean $170-million a year to Toronto by 2021, three years before the city estimated it would have started receiving around $200-million a year from tolls.

"We know that families living in and around the GTHA [Greater Toronto and Hamilton Area] cannot afford another hit to their pocketbook, that is why we are giving Toronto the same money, sooner," Mr. Del Duca said, adding that Ontario is also funding the Eglinton Crosstown light-rail line, the Scarborough subway extension and other Toronto transit projects.

Wynne has her gas-plant moment with about-face on Toronto tolls
January 27, 2017 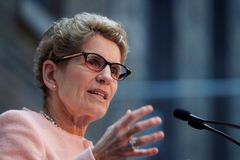 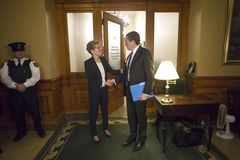 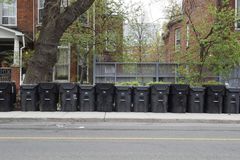 Scrapping Toronto’s road tolls creates budget hole: city manager
February 1, 2017
Follow Jeff Gray on Twitter @jeffreybgray
Report an error Editorial code of conduct
Due to technical reasons, we have temporarily removed commenting from our articles. We hope to have this fixed soon. Thank you for your patience. If you are looking to give feedback on our new site, please send it along to feedback@globeandmail.com. If you want to write a letter to the editor, please forward to letters@globeandmail.com.
Comments