This is "the day and age of whatever," as the Canadian artist, writer and academic John Kissick wrote recently – a time in the visual arts when there is more in heaven and earth than was ever dreamt of in the philosophies of Vasari, John Ruskin, Clement Greenberg and other art pontiffs.

For proof of this plenitude, all you need do is wander the streets of Toronto between 6:58 p.m. Oct. 1 and 7:17 a.m. Oct. 2 as the 11th annual Nuit Blanche dusk-to-dawn "contemporary art thing" engulfs much of Canada's largest city under the marketing rubric, "More Art, Less Sleep."

In fact, it's a leaner presentation than in previous years, perhaps the leanest ever, with just 90 projects. (I say "just" because in 2012, the event had almost 160.) Partly this is the result of a $300,000-or-so budget cut from last year's roughly $3-million, prompted by the Bank of Nova Scotia ending its long-running title sponsorship last year (The event, the bank said, "no longer [aligned] with [its] sponsorship strategy"). Partly it's because audience surveys revealed that the 2015 instalment was "a little too expansive in its footprint," according to Kristine Germann, programming manager for city cultural events. This year, the aim "was to densify," she said, to create "hubs and clusters" so as to give visitors "a really navigable experience and allow them to see more art."

As ever, Nuit Blanche Toronto 2016 expects to attract one million night owls, including an estimated 220,000 out-of-towners. Another marketing slogan, "Rise and Shine/Up You Get, Off You Go," has been devised to encourage patrons to in effect break their Nuit experience in two: See a bunch of projects early, before the crush gets huge, take a catnap, then return to the action circa 3:30 a.m. as the event slips toward sunrise. (Which, perhaps not coincidentally, is a half-hour before those establishments with permission to serve alcohol for extended hours have to call it a hard night's day. Last year, seven such operations got the okay to serve until 4 a.m. during Nuit Blanche.)

Venues come and go and occasionally return with each Nuit Blanche. This year, for example, the Aga Khan Museum, which opened near the north end of the Don Valley Parkway in September, 2014, is a first-time participant. The museum itself is open, free of charge, from 6 to 11 p.m. while two installations, Charbagh: A Sensory Garden and Sparks, run outdoors at the Aga Khan Park until 6 a.m. (There's free shuttle-bus service between the Art Gallery of Ontario and the Aga Khan Museum every 40 minutes from 6 p.m. until 1 a.m.)

The Royal Conservatory of Music, meanwhile, is renewing its involvement after a three-year hiatus with three projects, including one called The Firefly Effect, "a personally actuated multimedia art event accessed via a mobile app that sends out a pulsing light, sound and vibration at the pace of a contemplative walk." Another, Weight, is described as "a participatory endurance performance in which nine-kilogram forged steel boots will be worn for 12 hours by a performer with multiple sclerosis."

The Ryerson Image Centre dovetailed its official public opening with Nuit Blanche in 2012, but it hasn't been a participant since. This isn't because of the centre's proximity to Yonge-Dundas Square, where last year, for example, "a riot" broke out in the waning hours of Nuit Blanche. For RIC director Paul Roth, the non-involvement is for more prosaic reasons: "It's just an enormous undertaking to bring a large sum of people on campus, put them into an orderly line [for an hour or 90 minutes], then bring them into a fairly small venue."

Nuit Blanche has tended to stay clear of programming around Yonge-Dundas Square. But, as Nuit Blanche publicist Justine Palinska has noted, the Invictus Games Toronto 2017 organizing committee has decided to celebrate its one-year countdown to the games there the same night as this year's Nuit Blanche with the same hours.

In other words, it's going to be a crowded and busy and possibly very, well … boisterous downtown. With this in mind, Ms. Palinska said, "we have and continue to work closely with the Toronto Police Service and Toronto Paramedic Services to create a safe and secure event and, therefore, have well-established and robust planning protocols in place for [Nuit Blanche] as well as Yonge-Dundas Square. As with any event of this size, to ensure public safety, we cannot share the specifics of our operational safety and security plans."

For 2016, most of the 90 projects – they include the 33 bankrolled by the city, plus all manner of "partner projects" – are going to be found in or close to four major zones.

One zone, called Militant Nostalgia or When History Meets Memory, curated by Spain's Paco Barragan, has 10 city projects sited in venues strung along John Street between Dundas and Front Streets. One of its highlights has to be a so-far-untitled new project by the award-winning Anishinaabe performance/installation artist Rebecca Belmore. It's happening at the AGO, with Ms. Belmore at work for a full 12 hours. Meanwhile, Italian-American artist Nicola Verlato is installing a "large-scale narrative mural" at OCAD University, inspired by two giants of 20th-century Toronto: communications theorist Marshall McLuhan and mathematician Donald Coxeter.

Another zone, And the Transformation Begins, stretches down Bay Street between Dundas and Front. Again, there are 10 city-funded projects, curated by New York's Camille Hong Xin and presented in venues as varied as Brookfield Place, Union Station and Commerce Court. Among the most anticipated offerings, at the Design Exchange, is Vertigo Sea, a timely immersive three-screen film by John Akomfrah, described as "a sublime, poetic and haunting meditation on man's relationship with the sea and … an exploration of its role in the history of slavery, migration and conflict."

The zone known as Facing the Sky, curated by Montreal's Louise Déry, also features 10 projects, all positioned along the Toronto waterfront between Bay Street and Harbourfront Centre. In one, Barcelona's Joan Fontcuberta has developed a "material culture museum about doubt and skepticism," the Academia dels Desconfiats, which he has installed in a boat, the Showboat Royal Grace, moored just south of Queen's Quay Terminal. Meanwhile, at the Power Plant, Nuit organizers are projecting two synchronized 30-minute videos on a huge screen affixed to the gallery's exterior façade. The creation of Montealers Pascal Grandmaison and Marie-Claire Blais, Espace du silence, "draws a line between two realities: … the twinkling lights of the city nightscape, which reflect the myth of infinite urban growth as an unreal composition; on the other side, the troubled and somewhat fascinating silence of Lake Ontario, this nocturnal void facing the sky."

But without question the zone that is going to act as both the biggest centripetal and centrifugal force of Nuit Blanche 2016 is the one they're calling Oblivion. It's going to consist of just three exhibitions, centred at City Hall – but they're going to be big. Curated by locals Michael Prokopow and Janine Marchessault, Oblivion is an elaboration of sorts of the duo's 2012 Nuit epic The Museum at the End of the World – "only this time," Ms. Germann said, "it's about what happens after The End – the transformation of the body, the end of the sun, the transformation of the elements, like water."

Thus, Director X's Death of the Sun consists of a globe 14 metres in diameter upon which the artist plans to project "celestial images and sounds." It is located outdoors, at Nathan Phillips Square, as is Floria Sigismondi's Pneuma, a video work/"journey of liquid dreams" installed in the square's pool. Meanwhile, inside City Hall, there's Ocean by architect Philip Beesley, an "evocation of the protean ecologies of wonder that define the oceans of Earth through an immersive canopy of living textiles." Rough translation: Thousands of tiny LED lights, blinking and flashing, will dangle, kelp-like, from the hall's rotunda on strips of fabric as fans blow the strips hither and thither.

Each year since 2013, Nuit Toronto has extended the exhibition of some of its installations by 10 days or so. In 2015, 14 projects, a record, had their runs extended. But this year, Ms. Germann said, because "we wanted to do a really impactful experience," only the three components of Oblivion will have a expanded lifetime, and this until Oct. 10. 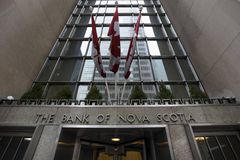 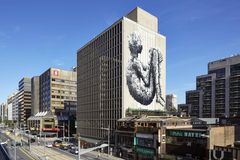 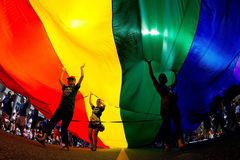