Patrick Brambley always hated schoolwork – the essays a teacher would look at once before filing away in a cabinet, the class time when his restlessness would get him in trouble. But on this school morning, the 19 year old is hunched over his desk at the Scadding Court Community Centre, laser-focused on his assignment.

His fingers gripped tightly around an X-Acto knife, Mr. Brambley meticulously carves the outline of an antler into painter's tape covering a wooden skateboard deck. When the mythical chimera he has designed is painted and finished, the board will be the centrepiece in an art installation at the offices of advertising agency Anomaly Toronto.

The alternative school program he attends, the Oasis Skateboard Factory, has announced a new, and unusual, partnership with the ad agency.

The program, run out of a small room in the community centre downtown, is part of the Oasis Alternative Secondary School. It is designed for students who have struggled with school, and works by weaving curriculum – from math to art history and English – into the activity of running a skateboard business.

One boy in a hoodie arrives at class and drops a skateboard deck, made here, on the desk in front of his teacher. It's completely beaten up, covered in scuffs, large sections of the painted design gouged off from riding. "That's two weeks," he says proudly. The Oasis Skateboard program, now in its fifth year, is still a modest size but has been growing – to 26 students this year, up from 18 last year, mostly age 16 to 20. Most of the students are skateboarders themselves, but some are also drawn to the street art: in the corner a student who is a graffiti writer works on an essay about New York graffiti artist Dondi and speaks eloquently about the need for artists to understand the history of their form.

While the program receives $4,950 a year from the Toronto District School Board, it is hoping Anomaly can help raise awareness of the program that could attract extra funding.

This coming Wednesday, Anomaly will host an event at its office on Spadina Avenue to unveil the students' art installation, inviting some of its big-name clients, designers, and others. Alongside the ones on the wall, more skateboards will be sold to benefit the school.

Anomaly will be teaching the students about topics including branding, business strategy and principles of design in monthly sessions. Plus, each student has been assigned a mentor who will work with them one on one.

"My mentor is really good with business strategy. That's one of the things I need a lot of help with," says Hannah Duncan, a soft-spoken 18-year-old with hot pink hair who hopes to work in graphic design, and to start her own business someday. "...It's not something I really thought of before."

The program is a good fit for the agency, too. Anomaly brands itself to clients as an alternative to a traditional ad agency, and with the school's mandate on running a business focused on design, Anomaly Toronto president Franke Rodriguez saw an opportunity to make a difference with young people by teaching them a bit of what they know. The agency partnership is also designed to raise the profile of this small school program in Toronto, and attract more funding.

Ten skateboards in five gold-painted frames will permanently hang on the agency's wall – some as fixtures and some that can be taken down for riding. The students had to pitch their concept for the display to Anomaly's executives.

"To pitch to professionals, they're like, next level," Mr. Brambley says. " … They treat you kind of like an adult."

Mr. Brambley spent long evenings drawing and made four rounds of changes to his centrepiece based on Anomaly's feedback. His design is a mythical antlered jackrabbit called a jackalope, alongside a red A to represent the agency.

"I was surprised, just that they would be down to mess with their whole branding for some kid's idea," he said.

Wherever possible, the school tries to bring the students into real-world learning situations. The skateboard magazine Concrete Wave has published students' writings. The school incorporates street art into its curriculum, and students have been commissioned to paint murals for businesses around the city, including Seven Lives restaurant in Kensington Market. The partnership with Anomaly officially began last month and will continue for at least the rest of the school year.

"They came in and we briefed them," said Mr. Rodriguez. "It gives them that experience of working with a client."

Students around the classroom are busy sanding boards and taping off designs for the rest of the installation, which works on the theme of making new versions of landmark works of art. Hannah Duncan, a soft-spoken 18-year-old with hot pink hair, shows off her design based on Salvador Dali's "The Persistence of Memory," with melting skateboards in the place of the painter's iconic clocks. Cassidy Edwards, 18, gives a report on the progress of her posterized design of Michelangelos's David.

Founding teacher Craig Morrison picks up another board with a take on Botticelli – except this time, Venus is born on a clamshell covered in sweet tattoos.

"People are surprised we're a school," Mr. Morrison said. "There's a kind of disconnect between schooling and society. … Other school heads have come to visit us, as a model of project-based learning."

Eventually the teachers would like to have their own space; as it stands, all their materials have to be put away each day in a couple of locked cabinets and a tiny cluttered office because the room is used for other community centre activities such as Tai Chi.

As the students work, they leave a bit of space on the boards. Anomaly introduced the school to Kevin Lyons, a designer and illustrator, former creative director at Urban Outfitters, and former managing partner at Anomaly in New York. He'll be contributing illustrations on the boards. It's the kind of international artistic collaboration they have never had the chance to do before.

"These students are pretty disengaged [from traditional school]," Mr. Morrison said. "...But they really have something to offer."

The OSF consistently has more than a 90-per-cent course achievement rate – meaning all students passed all their credits. At the end of the last two spring semesters – two Junes in a row – the rate was 100 per cent.

As he works on his jackalope, Mr. Brambley says he feels more comfortable here than he ever has in a classroom. He plans to earn his diploma at the end of this year.

"This school did a lot to help me graduate," he says.

HOW TO MAKE A SKATEBOARD

To make many of its skateboards, the school uses a process developed by Ted Hunter, founder of Roarockit Skateboard Company and a professor at the Ontario College of Art and Design.

All it takes is a big plastic bag. Seven layers of wood veneer are shaped to the contours of a high-density foam mould and placed inside a vaccuum bag: when the air is pumped out, the pressure does the trick of shaping the wood. It allows students to make their own boards by hand, which they then sand and paint with their own designs.

The school will also occasionally design boards for production at a factory, when there is a need to make multiple boards that can sell more cheaply – $60 to $70 a pop versus $100 to $150 – because they are not as labour-intensive. That comes in handy when they are making boards to be sold in skateboard shops around the city such as Cardinal Skate Co. and Longboard Living.

ALTERNATIVE SCHOOLING IN TORONTO BY THE NUMBERS

19: The number of elementary alternative schools in the TDSB

* Numbers are full-time equivalent, meaning that the actual number of individuals could be higher (i.e. two part-time students would equal one student in this count.)

Numbers are full-time equivalent, meaning that the actual number of individuals could be higher (i.e. two part-time students would equal one student in this count.) 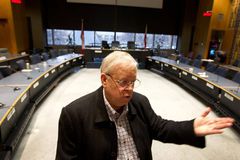 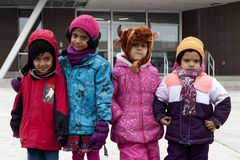 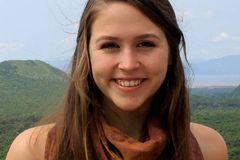