The mother of Elijah Marsh is thanking those who have donated to an online fundraiser in support of funeral costs for the family, saying it means more to them "than anyone can imagine."

The three-year-old Toronto boy died Thursday after wandering away from his grandmother's Toronto apartment building in the middle of a bitterly cold night dressed only in a shirt, diapers and boots.

The heart wrenching story has touched not only Toronto residents, but people across the country, and beyond.

"Thank you to every single person who has thought of Elijah during this time," Georgette Marsh said in a statement released Sunday. "Your love has shone a light on us and his memory lives on through all of you."

Elijah's death prompted Justin Kozuch, a Toronto man who has a three-year-old son and nine-year-old daughter, to start a campaign on Tilt.com to help raise money for Elijah's funeral.

"I cannot thank Justin enough for taking it upon himself to create this trust fund in memory of my baby boy," Ms. Marsh said.

"His actions have led an entire country to band together in support of Elijah and that means more to my family and me than anyone can imagine."

"All of the money being raised is being donated to the Marsh family. I'd love to see them use the funds to start a scholarship or a grant in Elijah's name, but I'll leave it to them to decide how they want to use the funds we've raised," Mr. Kozuch said.

Mr. Kozuch said the money will be put into an account for the Marsh family before being transferred to a location of their choosing.

A second fundraiser started by Maria Petrov and the Toronto Mommies Facebook group has also raised more than $4,100 by mid-afternoon Sunday to "lessen the financial burden" for the Marsh family.

Toronto Mayor John Tory joined mourners at a vigil on Saturday, expressing his grief as a father and grandfather, and acknowledging that a tragedy such as this could happen to anyone.

A makeshift memorial of flowers and stuffed toys was erected where mourners gathered outdoors to pay their respects to Elijah and his grieving family. 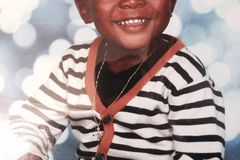 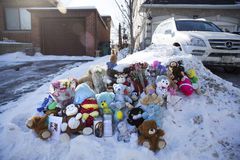 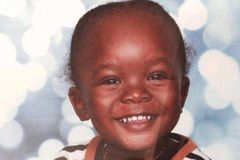