Ontario's Auditor-General is going to review private security contracts for the 2015 Pan American Games as concerns mount over the costs of these deals.

An all-party committee of the legislature voted on Wednesday to ask Bonnie Lysyk to conduct a value-for-money audit on security contracts for the games, which will take place in Toronto and other communities in Southern Ontario.

"We will be looking at anything that has private-sector contract involvement," said Ms. Lysyk, who hopes her report will be issued early in the fall.

The directive by the legislative committee comes nearly three weeks after the province announced that Vancouver-based Contemporary Security Canada (CSC), a subsidiary of a U.S. company, had been awarded an $81-million contract to provide private security at the Games.

The opposition criticized the deal when it was revealed that the bid from another finalist, Toronto-based Reilly Security, was $14-million lower.

As well, the province did not make public that the CSC contract is only for assisting the Ontario Provincial Police-led Integrated Security Unit around the perimeter of venues at the games. First reported by The Globe and Mail, the Pan Am organizing committee has begun the bidding process for a security contract to protect buildings and other structures within the venues. It will be awarded later this year.

The organizing committee has declined to say how much has been allocated for the second contract, although Ontario Tourism Minister Michael Chan said last month that the overall security budget for the Pan Am games had increased to $239-million, more than double the original estimate of $113-million.

Ms. Lysyk said on Wednesday that she will examine both contracts. As well, the audit will review the format used to rank companies that submitted bids. "We will look at the process that was used. We are also aware that, on the first contract that has been awarded, there was a fairness opinion given, so we'll look at the fairness opinion given by the fairness monitor," Ms. Lysyk said.

Paul Miller, NDP critic for Sport, Tourism and Culture, said the audit is needed to clear up what he suggested has been a lack of specific information from the Liberal government about security costs. "How did it go from [$113-million to $239-million]?" Mr. Miller asked.

He also said he was not aware a bidding process had started on a second private security contract. "This is the first I heard of it," Mr. Miller said. "I thought security was security. I didn't know there were different levels."

Meanwhile, the scoring method the province used in awarding the $81-million contract to CSC was weighted in such a fashion that the company could have bid as much as $111-million and still been selected, according to a mathematical analysis conducted by a professor at McMaster University in Hamilton.

The price bidders submitted made up 40 per cent of the final score for each finalist. "The money amount was not given a proportionate weight," suggested Michael Soltys, a professor in McMaster's computing and software department (Mr. Soltys is also a consultant for a company that is owned by Reilly Security).

The provincial Community Safety minister, Yasir Naqvi, said in a statement issued on Wednesday that the Liberal government is committed to making the Pan Am games "the most open and transparent ever. We welcome the Auditor-General's review and will assist in any way possible," he said. 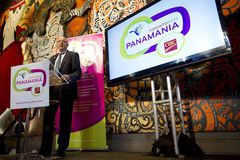 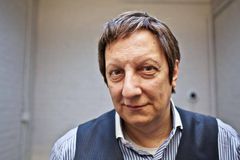 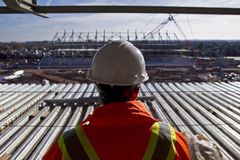 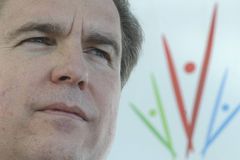