NDP MPP Jagmeet Singh has been denied a visa by the Indian government.

"The government of India, like any other government, has a sovereign right to grant or refuse a visa to any foreign individual and it is not obliged to give any justification or explanation for exercising this prerogative," Indian Consul-General Akhilesh Mishra says about the denial of the visa last December.

"The consulate doesn't have to explain its decision to anyone," he said in an e-mail to The Globe and Mail.

People "who seek to undermine" Indian democratic institutions "and foment contempt to the country, its constitution and its judiciary are only misusing the pretext of human rights to pursue their insidious agenda of disturbing the social fabric of India and undermining the peace, harmony and territorial integrity of India," he wrote.

Mr. Singh, the MPP for Bramalea-Gore-Malton, has refused to comment on the issue after several requests by The Globe. But in remarks that have appeared in Indo-Canadian papers, he said that "this may be the first time in the history of Canada that the Indian government denied an elected official a visa."

Sources say what triggered alarm bells in the Indian Home Ministry were statements Mr. Singh made at various public gatherings last year on the issue of the killing of Sikhs in New Delhi and elsewhere after the assassination of former prime minister Indira Gandhi on Oct. 31, 1984, by her own bodyguards.

In the riots that ensued, reports say, more than 3,000 people were killed.

The 34-year-old Mr. Singh, a litigation lawyer who was born and educated in Canada, has said that "the word 'riot' is a misnomer for what happened in November, 1984. I have been propagating the issue that these were not riots between the two [Hindu and Sikh] communities. Instead it was a state-sponsored massacre."

He has also reportedly used the word "genocide" to refer to the killings of Sikhs.

Mr. Singh submitted his application for the Indian visa in November last year. Sources say his passport was returned to him on Dec. 8 without the visa, which surprised him since he had visited India in January and February. When asked by Mr. Singh at the time, Indian diplomats in Toronto would not detail any reasons for his not being given the visa.

As nobody would answer his inquiries, sources say, he showed up at the Indian consulate at 365 Bloor St. E. to meet India's consul-general to hear directly from him as to why the visa was denied to him, especially when he was travelling to India on an invitation from respectable institutions (Sewa Sukh and International Fateh Academy) in Amritsar (Punjab), which were to honour him for his voluntary work in the Sikh community. Mr. Singh did not meet the Indian diplomat after waiting more than 30 minutes.

"Anyone indulging in, directly or indirectly, attacking India's sovereignty and territorial integrity is not welcome to India," Mr. Mishra said. He avoided using Mr. Singh's name in his e-mail, which did have the title: "RE: JAGMEET SINGH."

Mr. Mishra told The Globe that the "processing of visa applications does not depend on 'statements made by the applicant or his or her support for human rights.' … India fully respects freedom of expression, and indeed cherishes plurality of opinion and welcomes constructive criticism." 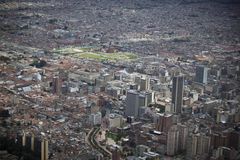 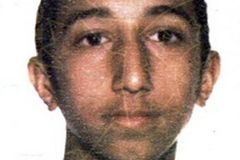