The move has reignited the discussion about whether alternative schools create unequal access to special programs in public education. Such concerns recently prompted the York Region District School Board to review its policy: Students must audition to attend its Arts at Baythorn elementary program and some trustees feel tryouts are not equitable, said Ross Virgo, the board's spokesman.

The board is considering a new equity policy that would restrict elementary schools from offering additional programs not required by Queen's Park, other than French immersion.

The TDSB schools won't require an audition, and if demand exceeds the number of spots, admissions will be determined by lottery. Director of education, Chris Spence, will reveal more details at a news conference Tuesday.

Research suggests that high-needs students are less likely to take advantage of specialized programs. They often require long commutes, and highly involved parents who know how to navigate the system, said Annie Kidder, executive director of People for Education. "There's a concern that this creates social polarization," she said. "It assumes that choice and competition make everything better."

But specialized schools are popular with parents, and can be a boon to schools with low enrolment by attracting students from outside the community.

In York Region, parents have rallied in support of the Arts at Baythorn, circulating a petition and writing letters to the Ministry of Education. The equity policy is open to public feedback for the next three months online and delegations can present their cases at the YRDSB on Jan. 24 and Feb. 21.

David Gershon said it helped his son, Jared, who struggled at his regular school.

"The arts program really brought him out of his shell," he said. "It's a saviour for kids who are different or are getting bullied otherwise."

"The program has such a high demand and if it's so elitist as they say, why doesn't the school board expand the program or offer it at more schools, instead of shutting it down?" he said.

That's the approach that the Peel District School Board is exploring. The board's director of education, Tony Pontes, launched the school year by announcing designs to improve access by "dramatically increasing" the number of programs of choice.

Staff are still conducting research, and the programs won't open before the fall of 2013, but the number of specialized programs and alternative schools in the GTA continues to grow.

Trustee Diane Giangrande said elementary schools should give students a broad learning foundation and specialization can begin in high school. She would rather see the arts program expanded to every school than sequestered to one site, she said. "The last thing we want is the school of choice to not be their local community school."

"If a parent feels they need to go to another school to meet their child's needs, then we're doing something wrong."

Other trustees, such as Joel Hertz, says it makes no sense to have an equity policy that rejects auditions and tryouts. "Not everyone gets on a sports team, and kids still have to try out for that," Mr. Hertz said. "Does that mean we should get rid of all our sports teams as well?"

The TDSB currently has 41 alternative schools, with focuses as diverse as LGBT youth and outdoor learning. The most controversial to date has been the Africentric elementary school. The school, which serves a relatively high-needs student population of close to 200, has posted impressive standardized test scores and won strong support from parents. Trustees recently approved plans to open an Africentric high school, but finding a host site willing to endure a storm of media attention that will likely accompany the program may prove difficult.

The most popular boutique programs often draw students from outside the district, and they can be the salvation of under-enrolled schools looking to fill classrooms. 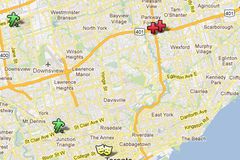 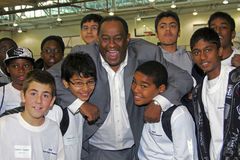 Critics urge Toronto board to move ahead with special-program schools
April 12, 2011 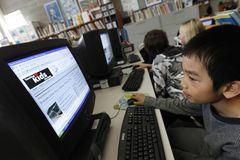