A subway extension in Toronto's east end has taken a big step toward reality, with Ottawa fleshing out its support and the provincial government signalling new flexibility over the route it would take.

Finance Minister Jim Flaherty said Monday that the federal government is prepared to put $660-million into the proposed subway.

"We are committed to the mayor's [funding] request, supported by council," he said. "You have our money, now let's get this subway built."

Mayor Rob Ford praised the commitment as an historic day for Toronto and then hustled out without taking questions, leaving local politicians and others to speak to the latest development in a tortuous transit planning process.

The TTC CEO welcomed the funding but voiced again his long-standing concerns about crowding on subways in the core, a problem that will be exacerbated by the proposed extension.

"We all know that Toronto has a congestion problem, so it can only be good that we get more funding," Andy Byford told reporters after the announcement. "I've said since the day I got here that the downtown relief line remains a priority for the TTC. I reiterate that point. But I think that, with the time scales available, it's possible we can do more than one thing at a time."

The DRL is listed as a top priority for the next wave of projects identified by Metrolinx, the regional transit agency. How to fund these projects has not been determined and the provincial government recently farmed out the question to another panel of experts.

The amount announced by Ottawa for the Scarborough extension matches that requested from city council, but still leaves a funding gap of up to several hundred million dollars.

A council vote supporting this subway demanded the full $1.8-billion the province had previously set aside for an LRT in the same area. The province has repeatedly insisted that they can provide only $1.4-billion.

TTC Chair Karen Stintz noted that council had approved a range of property tax increases, up to 2 per cent, to cover any shortfall in funding.

"We did contemplate that we might have to pay more, and if that's what it takes to get the subway built than that's what it's going to take," she told reporters.

The province's new flexibility on the transit line's route will raise hopes they might also bend on the funding issue.

At a separate event earlier Monday, Premier Kathleen Wynne softened her government's earlier insistence that any subway in the area would have to run largely along the route of the current rapid transit line. The extension preferred by city council, now backed by Ottawa, takes a different route and goes farther.

A map at Flaherty's announcement showed a proposed three-stop subway that would extend the Bloor-Danforth subway line from Kennedy station up to Sheppard. That would be longer than the two-stop plan announced by the province earlier this month.

Premier Kathleen Wynne welcomed the federal government's announcement and sounded ready to lengthen the subway and change its route, if contributions from Ottawa and the city prove enough to pay for it.

The province had earlier pledged $1.4-billion for an extension from Kennedy station to the Scarborough Town Centre, along the corridor of the existing Scarborough Rapid Transit line. City council, however, favours a more expensive alignment that would run east to McCowan and north to Sheppard Avenue East.

Ms. Wynne said it would be up to provincial transit agency Metrolinx and the TTC to determine whether the funds the federal government is putting up will be enough take the longer route.

Ms. Wynne said the province would "have a discussion" with Ottawa on the exact subway project.

She also called on the federal government to go farther and develop a national transit strategy, rather than simply doling out money project by project. Ottawa is helping pay for an extension of the Spadina subway to Vaughan, for instance, but is not involved in several other provincial transit projects.

"Make no mistake: we have said that $1.4-billion was available for this project, and if that money had not been available, then there is no doubt in my mind that the federal government would not have been at the table," she said. "I hope...the federal government will now be able to take part in a systematic discussion of building transit in this region. Ad-hoc investments are not how you build infrastructure. There needs to be a systematic partnership."

But even with the federal cash, Transportation Minister Glen Murray said the subway would need a billion dollars more to be built all the way to Sheppard Avenue.

"We're far from having a fully funded plan yet. Will we give the city some time do that? Absolutely," he said. "Will we work with the mayor and the federal government to see how we can close that gap? Absolutely."

Mr. Murray said the federal government's funding amounts to just 20 per cent of the project cost, and that it would be unwise to give up on the province's preferred route until it is clear there is enough money to build the extension on the city's preferred alignment.

"We are not walking away from a project that is fully funded for one that isn't," he said.

Mr. Murray said he is scheduled to sit down with his federal counterpart, Lisa Raitt, in Winnipeg in the coming days to discuss the subway further. The federal government has repeatedly cancelled meetings with him for the past six months, he said, making it difficult to hammer out a subway plan with them. 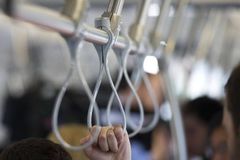 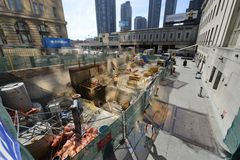 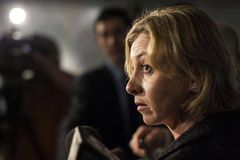 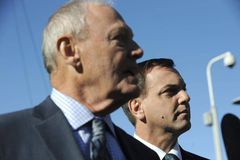 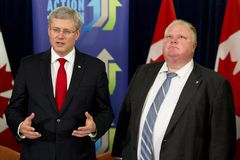