The trail that runs along the Humber River in northwest Toronto is busy with strollers, dog walkers and cyclists this bright spring Saturday afternoon.

But the scene of sun and fresh air ends abruptly at the bridge carrying Highway 401 over the river.

Fumes from a dozen spray-paint cans linger under the low span. Street artists are putting their individual stamps along the east wall of the underpass. They aren't concerned about the security guard nearby. He's busy doing lively knee bends in time to Brazilian punk music. The speakers, powered by a dynamo-rigged stationary bicycle, easily drown out the 14 lanes of traffic just above.

Welcome to Toronto's Pan Am Path, an 85-kilometre effort to unearth and enliven Toronto's ravine underworld. If successful, organizers say, it will draw in local residents who may not know what awaits at the end of their streets, and introduce others to new communities across the city.

The path's backbone is the network of trails running through Toronto's ravines. These thin strips of pavement are being turned into a linear venue for community-led art installations and events. A 14-week program, launched May 16, will see different parts of the path host art installations, parades, performances and the like during what's being called an Art Relay.

"The Art Relay will leave behind art, created by local organizations, that people can see all over the city," says James Gen Meers, one of the organizers who thought more could be made of the ravines that snake through Toronto. To fund the relay, Friends of the Pan Am Path has raised more than $1.7-million from various non-profit donors, as well as the city's parks department.

The paved path runs from near Pearson Airport in the northwest to near the Toronto Zoo in the southeast. After leaving the Humber Valley, it skirts the lake, follows the Don River back uptown and traverses the Gatineau Hydro Corridor through Scarborough before following Highland Creek back to the lake.

More than 90 per cent of its length follows off-road trails or on-road bike lanes separated from road traffic; the city has budgeted $20-million through 2017 to establish new ravine trails to replace the seven on-street kilometres.

"Legacy project" is the term that comes up when people ask organizers how the path relates to the coming athletic games. It has little to do with athletes or tourists, and more to do with celebrating the host city.

"The Path is an opportunity to rethink the trail network as a public place to come together. We hope people will discover the communities along the way," Mr. Meers says.

Along the path are seven of the city's 13 priority neighbourhoods, as identified by the United Way, including Weston-Mt. Dennis, Flemingdon Park and Kingston-Galloway.

The riverside graffiti jam happening under Highway 401 is actually an accompaniment to the main event: the unveiling of a 90-metre mural on the western bridge abutment. It was commissioned by the Centre for Spanish Speaking Peoples (CSSP), a social agency located in the largely Latino community nearby at Jane and Wilson. According to the Pan Am Path model, this local agency received a $35,000 grant from Friends of the Pan Am Path to hire Essencia Art Collective to paint the mural. Three artists spent 10 days painting it.

The oversized mural is intended to reflect the variety of sexual orientations in the community, says Christel Perez. The volunteer co-ordinator for CSSP had been doing anti-homophobia workshops for area youths and asked Essencia to paint a mural in which "the stories of the LGBQT could be brought to life."

The Art Relay has been drawing from 200 to 400 people, not including the path's incidental foot traffic.

For 34-year-old Roberto Lauricella, enjoying local art is now as easy as slowing down his bike as he does his weekly rides to the lake from his house at Weston and Sheppard.

"This is a breath of fresh air," he says about the surprise addition to his bike route's scenery. "Here we are, in not the greatest area, and under the 401. Instead of seeing light at the end of the tunnel, we see light in the middle of the tunnel.

"Look. Everyone comes out with a smile." he says pointing to two bikers just emerging from the underpass, still talking and meandering along a stretch of path that previously offered little reason to slow down.

The Art Relay will see five permanent and two semi-permanent mural, mosaic and stencil-art installations unveiled this summer. On Saturday, the relay will reach Underpass Park near the Don River for an event featuring live performances and the mural painting of five park pillars facing Lower River Street. More than 1,000 people have already confirmed attendance on the Live Arts Festival Facebook page.

Women’s baseball will get its time on the big stage at the Pan Am Games
May 17, 2015 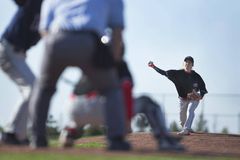 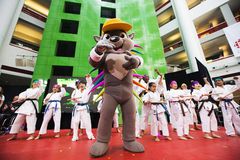 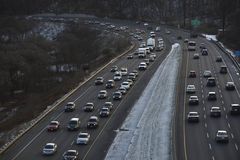