No sooner had Mayor Rob Ford announced his plan to contract out garbage collection in part of Toronto than the gnashing of teeth and rending of garments began.

Left-leaning city councillors said it would worsen garbage service, hurt the city's recycling program, cost, rather than save, the city money and set up a needless fight with the city union. The union's president, Mark Ferguson, called it an "emotional and knee-jerk" plan designed by the mayor to "demonize" city employees and "do a favour for his friends on Bay Street."

Contracting out garbage, he said, was only the start of a dastardly plan by Mr. Ford to privatize all manner of city services. "You knock off solid waste first, where does it end?"

Before getting caught up in this hysteria, let's consider what is actually occurring here. Mr. Ford promised during his election campaign that one of his priorities as mayor would be to contract out garbage pickup. It was a popular pledge, given how annoyed many Torontonians still are over the ridiculous 39-day garbage strike in the summer of 2009.

Now, having been elected with a strong mandate for change, Mr. Ford is proceeding to fulfill his promise. The mayor's move on garbage is neither surprising nor radical. Eighty per cent of Canadian municipalities have private contractors pick up the trash, including Toronto-region governments such as Peel, Markham, Vaughan, Halton and Newmarket.

Toronto itself already contracts out about half of its waste-management operations, including most garbage pickup at apartments and condominiums and about a quarter of its sidewalk litter-vacuuming work. Etobicoke has had private curbside garbage pickup for 16 years – and kept it through the 2009 strike when the rest of us were running to the dump in the local park.

Mr. Ford's modest plan would extend private curbside pickup by seeking bids from contractors to cover the area from Yonge Street west to Etobicoke. He would also hire contractors to pick up litter and recycling in city parks and to do the litter vacuuming across the city. In all, about 300 unionized workers could be replaced, in a total city work force of around 60,000. Not exactly the end of the world.

In fact, much good could come of it. City staff reckon they can save $8-million a year by contracting out. It would be more except for a poison pill put in union contracts that says the city has to find other positions for all permanent, full-time employees who lose their jobs through contracting out. Thank you, David Miller, the mayor at the time of that capitulation.

Taking garbage collection out of union hands means that strikes become much less damaging. The city can do without services like pothole-filling and permit-issuing for a while, but if the unions can stop collecting the trash, leaving it to pile up in the parks, they hold a club over the whole city. As deputy mayor Doug Holyday puts it, "We can't be held to ransom every three years."

Even if Mr. Ford wanted to, he would find it practically impossible to contract out the jobs of police, firefighters, emergency-services workers, health providers and a host of others who make up the bulk of city employees. But if this is the start of a plan to experiment with private provision of some public services, well, why not? Indianapolis contracted out its waste-water treatment, saving millions. Transit in Hong Kong and Copenhagen is provided by private companies. The spur of competition and profit can make for better service at lower cost.

"The world has gone against monopolies," says the plain-spoken Mr. Holyday. "It's time we took a look at doing things a little differently." That doesn't sound like something to tear your hair out over, does it? 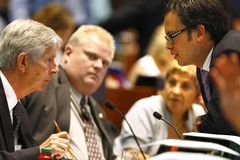 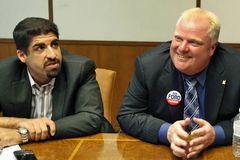 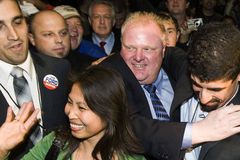 Plan to contract out Toronto garbage pickup is no cause for alarm
February 7, 2011 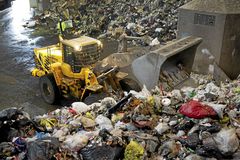 Opinion
In garbage collection, competition is rarely wasted
February 11, 2011
Follow Marcus Gee on Twitter @marcusbgee
Report an error Editorial code of conduct
Due to technical reasons, we have temporarily removed commenting from our articles. We hope to have this fixed soon. Thank you for your patience. If you are looking to give feedback on our new site, please send it along to feedback@globeandmail.com. If you want to write a letter to the editor, please forward to letters@globeandmail.com.
Comments