The expiration of the five-metre rule that had Toronto residents fearing arrest if they strayed too close to the G20 security perimeter came with a startling revelation Tuesday - it never existed.

The rule seemed straightforward when the news broke last Friday that the Ontario government made a regulatory change to a little-known act in secret.

Come within five metres of the summit security fence and you'd better have some identification or risk arrest.

The temporary regulation, which was passed in secret June 2, did decree that all streets and sidewalks inside the fence were a public work until 11:59 p.m. Monday. Under the Ontario Public Works Protection Act, that allowed police to search people trying to enter that area.

But there was no power to search people coming within five metres of the fence, said ministry spokeswoman Laura Blondeau.

"The area designated by the regulation as a public work does not extend outside the boundary of the fence," Ms. Blondeau said.

Asked Tuesday if there actually was a five-metre rule given the ministry's clarification, Toronto Police Chief Bill Blair smiled and said, "No, but I was trying to keep the criminals out."

The confusion, it seems, came from the wording of the regulation.

The phrase five metres does appear, but it references land well within the fence that is neither a sidewalk nor street - land near a parking lot and land behind the Rogers Centre. A driveway below ground level in front of Union Station was also designated a public work.

Still, the misconception that any zone within five metres of the imposing steel fence - which wound its way through the downtown core - was included persisted throughout the weekend despite extensive media coverage Friday.

Neither the province nor police set the record straight. In fact, both made comments about the necessity of such powers.

The Canadian Civil Liberties Association demanded an apology from the Ontario government.

"The lack of transparency surrounding the designation of the security perimeter as a public work led to misunderstanding as to the scope of the search and seizure powers during the summit," said association spokeswoman Nathalie Des Rosiers.

"In our view it was an inappropriate use of search and seizure powers."

There were complaints about police engaging in arbitrary searches throughout the weekend in different areas of Toronto, even far away from the G20 security zone.

The New Democrats said Premier Dalton McGuinty and his community safety minister allowed people to misinterpret the law until the G20 was over and the regulation itself had expired.

"Mr. McGuinty's solicitor general misled the people of Ontario and the police into believing that police had the authority to demand identification and to search people without warrants," said NDP justice critic Peter Kormos.

Toronto lawyer Rob Kittredge, an avid photographer who works near the G20 site, said Tuesday he was handcuffed and searched by police last week for taking pictures of the security fence, from the outside.

Mr. Kittredge said he knows his rights - or at least thought he did in this case - and always politely refuses to comply with police demands for identification if he feels they have no grounds.

"They told me that I did in fact have an obligation to answer their questions and provide identification and cited the Public Works Protection Act," said Mr. Kittredge.

Mr. McGuinty still hasn't explained why cabinet passed the regulation change in secret, and then kept it secret.

"They knew that this was going to be a live issue and that people were going to be getting legal advice and that chances are if they didn't publicize it, the legal advice would be wrong and misleading," said lawyer Jonathan Dawe, who has argued cases before the Supreme Court of Canada on the scope of police powers.

"As a matter of basic fairness people should be told in advance what they're doing that constitutes an offence."

Opposition Leader Tim Hudak said Mr. McGuinty "should have been more honest" about the regulation change.

"I think if this was known to the general public ahead of time the vast majority of Ontario residents would have understood the need," said Mr. Hudak. 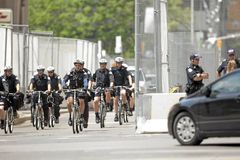 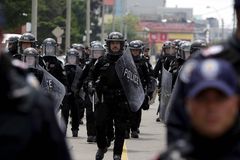 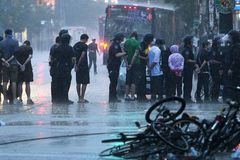 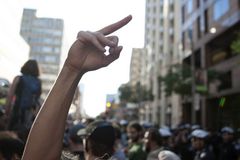 Compromised civil liberties: the other cost of G20 security
June 25, 2010 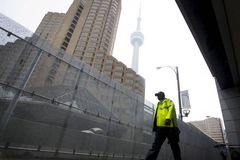 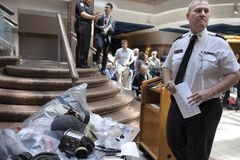