York Regional Police say they believe the same person was involved in five sexual assaults committed in the Toronto suburb of Newmarket.

Police say five women were approached by a male suspect between Aug. 18 and Oct. 13, sometimes while they were distracted by sending text messages.

They say the suspect typically ran away after grabbing the women's buttocks, but in one case was caught in the process of trying to remove a victim's clothing.

Police say the suspect appears to be targeting "small-statured, thin females" who may be sending text messages or listening to music on their headphones.

He is described as white, between the ages of 20 to 25, approximately five-foot-five, and weighing between 125 and 130 pounds with a thin build.

Police are urging anyone with information to come forward immediately. 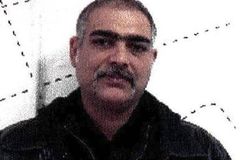