Three recent deaths at the hands of Toronto police have prompted the force to launch a wide-ranging review of how they deal with the mentally ill.

Chief Bill Blair, who will take a leading role in the probe, said police must consider everything from training to the use of tasers.

"We want to do this right," he said. "We have to look at all the circumstances to see if there is anything we can do better."

A Globe and Mail series earlier this year found that police approaches to working with people suffering psychiatric problems varies widely from force to force. In some places, new officers get several days' worth of training on how to "de-escalate" a situation with a mentally ill person; in others, they are trained for just one hour. In Edmonton, mental-health nurses accompany front-line officers to crisis calls.

Previous deaths over the years have prompted changes in Toronto, and the force now has several partnerships with community groups designed to help police deal with such situations. Officers receive de-escalation training every year. There are also nurses available, but they are only called in after police have secured the scene. What's more, they cover only certain hours of the day in some parts of the city.

And many say this is not enough.

The main problem, advocates say, is how police approach people. Officers are trained to be authoritative and immediately get control of a situation, but with those suffering psychiatric problems, such tactics often serve only to ratchet up the tension.

At the Toronto Police Services Board Thursday, members of the public lined up to make recommendations on how the system could be fixed. Many were dressed in blue hospital gowns in tribute to Michael Eligon, a 29-year-old shot dead by police on Feb. 3 after he wandered barefoot out of Toronto East General Hospital, brandished scissors and tried to break into some houses.

The speakers, which included social service workers, activists and witnesses to police shootings, argued that police spend a disproportionately small amount of their training learning how to de-escalate tense situations compared to the amount of time they spend learning how to use their weapons.

The board voted to review all of these suggestions.

"You have brought powerful perspectives to this issue. I was impressed with the wide range of recommendations," Councillor Michael Thompson, the board's vice-chair, told the presenters.

The board heard that, out of two million annual incidents to which police respond, 17,000 involve "emotionally distressed persons" – a category that includes both the mentally ill and people who are extremely agitated. In 2011, 6,664 people were apprehended under the Mental Health Act. In total, there were 64 incidents where someone was seriously injured in police custody.

Deputy Chief Mike Federico, who presented the numbers, said this showed force was used in a very limited number of cases. But, he added, police were still hoping to do better.

"I don't want to suggest that we are complacent...we are hungry to improve our efforts on every avenue," he said. "A singly injury or use of force traumatizes the community. I recognize that."

Lawyer Peter Rosenthal, who represents Mr. Eligon's family and has taken part in numerous inquests into police shootings of the mentally ill, said officers should try to de-escalate all situations. And if they do something to needlessly ratchet up the tension, the force should discipline them.

"They act in a macho way, they try to get control," he said. "De-escalation should be the approach, whether someone is facing mental health issues or not."

Four months before Mr. Eligon was killed, 52-year-old Sylvia Klibingaitis was shot dead by police outside her North York home as she held a knife. Her death was particularly controversial because she had called 911 herself and told the operator she was bipolar.

"It's still so surreal to have the courage and wherewithal to call police in the midst of her mental crisis and within 15 seconds of leaving her front door, she's killed," said her sister, Anita Wasowicz, in an interview Thursday.

Last summer, Charlie McGillivary, a 46-year-old disabled man, collapsed and died after he was taken down by police in a case of mistaken identity.

In all three cases, the province's Special Investigations Unit ruled that the officers involved had not broken the law.

The review ordered Thursday will involve consulting with stakeholders, seeking advice from health experts and academics, and to look at other cities that have done well on the issue.

Some possible changes – like equipping police with tasers – must be provincially mandated, but Chief Blair said there should be a public debate on them.

The chief and board both expressed openness to exploring changes and building a better model. But that doesn't mean police shouldn't ever use force, Chief Blair said. 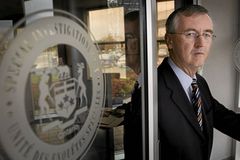 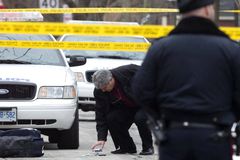