Police are urging a suspect in a series of sexual assaults in the Sherbourne and Wellesley area to turn himself in.

Thomas Reardon, 34, is wanted on five counts of sexual assault. He also goes by the name of Thomas Thornhill.

"He is a public safety risk and needs to be apprehended immediately," said Detective Constable Sandra Arruda at a press conference on Tuesday.

"I want to appeal to Thomas Reardon to contact a lawyer and turn himself in."

Police say the first attack happened in April when a woman was assaulted twice in the same day.

The next attack occurred in August 23 when an 18-year-old woman was approached by a man around 2 p.m. in the Yonge Street and Wellesley Street West area. After leading the woman to a nearby building, he assaulted her, police say.

The next day at around 3. a.m., the same man met a 40-year-old woman working as a sex worker near Dundas Street East and Parliament and attacked her behind a building, police say.

The fourth victim, a 26-year-old woman, was attacked around 2 a.m on August 29 near Yonge and Gloucester Street.

Police believe there may be more victims.

Investigators identified the suspect, who is known to flee on a bicycle, using surveillance footage in the area where the attacks occurred.

Police say Mr. Reardon befriends the victims, persuading them to accompany him to nearby locations where he attacks them.

"I fear he is unpredictable," said Det. Const. Arruda, adding the suspect is targeting "vulnerable" women who are "very trusting in other people."

Police say these attacks are not related to the recent spate of sexual assaults in the Bloor Street and Christie Street area.

Police believe Mr. Reardon, who is known to frequent the Sherbourne and Wellesley area, is still in Toronto.

The suspect is described as white, 190 lbs, 5'9" tall with blue eyes and blond "faux-hawk"-style hair. 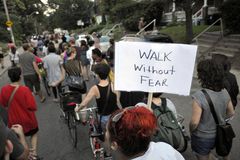 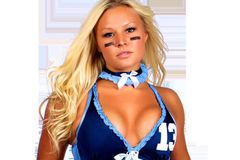 Four more sex assaults reported downtown
August 31, 2012
Follow us on Twitter @globetoronto Opens in a new window
Report an error Editorial code of conduct
Due to technical reasons, we have temporarily removed commenting from our articles. We hope to have this fixed soon. Thank you for your patience. If you are looking to give feedback on our new site, please send it along to feedback@globeandmail.com. If you want to write a letter to the editor, please forward to letters@globeandmail.com.
Comments are closed