The Toronto Port Authority has agreed to pick up the tab for phase one of a city report into the Porter Airlines expansion plan, but the agency that owns and operates Billy Bishop Airport will not yet commit to phase two.

City council voted on Tuesday night to have staff compile the report. Porter, Toronto's short-haul success story, wants to buy jet aircraft and extend the runway at the island airport.

Staff had recommended Porter pay for phase one of the report, due in July, and that Porter and the Toronto Port Authority pay for phase two, expected in the fall. But councillor Pam McConnell questioned the ethics of Porter funding a report it requested and moved a motion putting the onus for both phases on the port authority.

Pamela McDonald, a port authority spokeswoman, said in an interview on Wednesday the agency has "agreed to pay reasonable costs for phase one."

When asked about phase two, Ms. McDonald said the focus at the moment is on working quickly and efficiently with the city on the first phase.

She said the port authority will recover its costs through airport operations, but declined to elaborate.

A full report will be ready in October or November, staff predict, and will cost $800,000 to $1-million.

Robert Deluce, Porter's president and chief executive officer, said after Tuesday's vote that he was "gratified" council approved conducting the study. He said Porter would have been willing to pick up the costs.

Porter's expansion plan must be approved by the three signatories to the tripartite agreement that governs the Billy Bishop Airport – the city, the federal government and the port authority. The agreement does not currently allow jets.

The proposal has rekindled a bitter dispute at city hall, with some councillors complaining they were not properly consulted and that Porter is moving too quickly.

Mayor Rob Ford delivered a composed speech at Tuesday's meeting and reminded councillors they were only asking for a report. Mr. Ford, who moved a surprise motion at his executive committee last month requesting the report, said councillors will have another opportunity to debate the issue in July. He called Tuesday's result a "good first step."

Ms. McConnell moved a motion during the meeting to deny the report request that was not successful.

Councillor Mary-Margaret McMahon asked several questions during the meeting about a dispute between the city and the port authority on payments in lieu of taxes. City manager Joe Pennachetti said millions of dollars from the port authority is outstanding.

Ms. McMahon was ruled out of order when she attempted to move a motion deferring consideration of the report until an agreement is reached on the outstanding payments.

Ms. McMahon then said, "Well, I'm sorry, I was just trying to respect the taxpayer," prompting laughs from the gallery.

Ms. McDonald said on Wednesday the port authority has worked and will continue to work with the city in good faith to find a reasonable solution on the dispute. 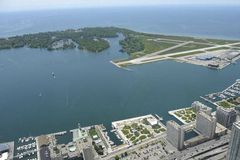 Porter warns that time is short, offers to fund airport jet study
May 11, 2018 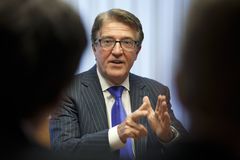 Mayor Ford asks for report on Billy Bishop expansion
May 11, 2018 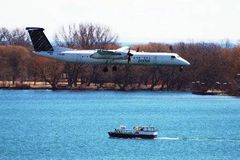 Ford had advance briefing on airport expansion plans
May 11, 2018 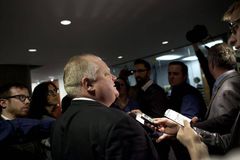 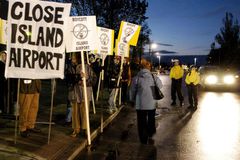