Super/Typical, a collective of architecture students from the University of Waterloo, makes its Nuit Blanche debut with an installation that has been a year in the making.

Porta-Party reimagines the public washroom, placing the porta-potties outside City Hall in a party-like context for the evening to give them a new, sociopolitical meaning. The Globe and Mail spoke with co-directors TK Justin Ng and Eric Oh, two of 11 students who worked on the project.

What new relationships with toilets does Porta-Party create?

Ng: Since starting our architectural education, we've always gone to Nuit Blanche. We tried to make use of something common and reinvent it.

Oh: It brings the porta-potty into the spotlight. Typically, the bathroom at an event is tucked away and hidden. In our case, it's right next to Nathan Phillips Square; it's very visible. The placement, use and orientation are designed, as opposed to a typical bathroom orientation that's last focused-on. With the addition of things such as the sod, plants, colourful furniture and music, we're juxtaposing icons of events and parties themselves with the infrastructure that supports it. Suddenly, the sewage is the event itself.

How are you hoping people will interact with it?

Oh: Our hope with this project is not only will people experience it and enjoy it the night of, but we're hoping it will become an attraction for people to take photos of and share online, that way we're twisting the relationship of the toilet being a private place – we're trying to bring it to the forefront to be shared publicly.

You've described bathrooms as an "unspoken ideological battlefield," how is that significant to the piece?

Oh: When we started the project, there was petitioning and protesting going on in Flint, Mich., about the conditions of the sewage infrastructure. The lack of attention given to the infrastructure was a form of systemic oppression, also seen in our own First Nations reserves in Ontario and in developing countries around the world. On top of that, the North Carolina petitioning for transgender bathroom use was also happening. In many ways, the public and private washrooms are a key right of modern living. Sewage infrastructure is something a lot of people take for granted and deliberately don't think about. It seemed ridiculous to me that there was no attention given to a really pressing matter, even though architects are supposed to be champions for social progress. We wanted the project to make bathrooms worth talking about.

Are there any subtle details people should know about?

Oh: There are, but it's better if people don't notice and they just contribute to the experience. The layout is done in such a way to make circulation as efficient as possible but also create pockets of social interaction. There are a lot of small, atmospheric elements, such as fog and lighting, that we tried to hide and integrate. We hope they remain hidden and no one sees the guy behind the curtain. Earlier, we focused less on the social aspect of it and the project was more about interacting with people's sense of touch and smell, but we realized the social agenda was more important to us, and focused on social gathering and representation.

Guillermo del Toro exhibit at AGO finds beauty in the grotesque
November 12, 2017 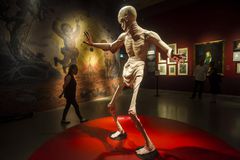 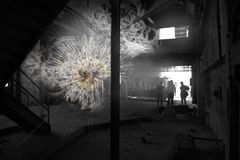 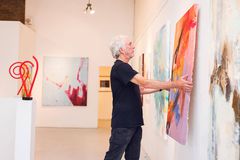