Sent to prison for once heading British Columbia's biggest network of marijuana grow operations, Mr. Briere is just one of dozens of entrepreneurs rushing to take advantage of Toronto's rapid rise as a centre for the illegal storefront sale of cannabis.

Neither the city nor police could provide any data on how many have joined the rush, but academics say the sector has grown from about a dozen tucked-away businesses to roughly 40 locations in less than a year. And industry insiders predict there could be more than 100 in or near Toronto in the next couple of months.

"People are flooding me with requests for franchises," Mr. Briere said last week while dining with his new partners in Ontario. "I haven't started advertising here in Toronto, but people have heard about it."

There is no official tally of dispensaries across Canada. Until recently, an estimated 150 have operated in Canada, most in Vancouver and Victoria.

A month before last fall's federal election, Health Canada issued cease-and-desist letters to 13 dispensaries across the country, but all those served notice appear to still be operating.

In Vancouver, Mr. Briere expanded aggressively over the past two years as politicians and police looked on. But he could lose most of his stores in the city come April 20 – the international day for pot enthusiasts to celebrate the drug – when Vancouver's grace period ends for those who can't secure a new business licence. Of the 176 applicants, only about two dozen are expected to gain one of the licences.

Toronto City Council is months away from considering regulations similar to those passed last June in Vancouver. As legalization looms under the new federal Liberal government, police say they do monitor dispensaries, but have a host of other enforcement priorities.

"We're drawing the money away from organized crime, who buy guns, heroin, cocaine and do human trafficking."

Mr. Briere charges $50,000 for a 50-per-cent stake in any new franchise, then handles each location's payroll, taxes and, most important, keeps a steady supply of illegal cannabis products flowing.

Constable Craig Brister, a Toronto police spokesman, said the force doesn't prioritize the investigation of different types of drug crimes. He could not say how many dispensaries have been raided in recent years, but said if complaints are made against certain dispensaries then they will be investigated and "charges will be laid."

"Every service is going to deal with it differently and [Vancouver police] have their own political people they have to answer to," Constable Brister said. "Whatever shape it takes when the government writes the new laws [legalizing marijuana], then we'll figure it out from there.

"But for now, it still is against the law."

The face-to-face sale of cannabis products is illegal because these stores procure and sell their products outside Health Canada's licensed medical-marijuana system, which was overhauled in 2014 and now allows about 20 industrial-scale growers to mail their products directly to patients who have a doctor's prescription.

Rookie MP Bill Blair, a former Toronto police chief, has been tapped to oversee a federal-provincial task force that will create a framework for legalizing and regulating the recreational use of the drug. He told The Globe this week that the eventual system will involve "a strict regulatory regime" that makes sure cannabis products are unadulterated. Experts predict it could take up to two years before recreational use of the drug is legal.

In the meantime, those in the industry, such as Jamie Shaw, president of the Canadian Association of Medical Cannabis Dispensaries trade organization, say the proliferation of dispensaries will continue if Toronto doesn't step in to regulate the sector. Ms. Shaw, who also works for the country's oldest dispensary, based in Vancouver, estimated that more than 100 shops could be operating in Toronto by March.

"They've got the chance to get on top of it that Vancouver didn't really have," she said. "If they wait another few months, they're going to be exactly where Vancouver was and be dealing with a lot of dispensaries that are [eventually] going to require some sort of bylaw enforcement."

Mr. Cressy, whose ward encompasses the pot-shop hub of Kensington Market, acknowledges that Toronto, like other municipalities across the country, may be unprepared for a wave of illegal dispensaries. The city's top medical officer will report back to council by June with recommendations on how to best regulate the shops, he said.

Jenna Valleriani, a University of Toronto PhD student studying both legal and illegal marijuana markets, said dispensary owners are selling to many recreational users but also serving patients fed up with the impersonal mail-order system overseen by Health Canada.

A handful of Toronto dispensaries have long operated discreetly, hidden near main downtown streets, but the proliferation of conspicuous pot shops "started to ramp up" in the months before the federal election, she said.

"It's not really about serving a needy community [of medical users], it became more about staking a claim in regulation changes," Ms. Valleriani said.

Still, she said it is unclear whether dispensaries will be allowed to distribute cannabis once it's legalized, especially in Ontario where the government will face pressure from licensed commercial producers, 15 of which are based in the province.

Storefront sales are much different this time around for Mr. Briere compared to 2004, when his café was raided by police for openly hawking pot in a bohemian east Vancouver neighbourhood. In Toronto, he has also opened a large vapour lounge, where, after a $5 cover, patrons can pay a "budtender" for a "dab" or hit of cannabis concentrate.

He says his sector pays good wages and, if regulated properly, could be a boon for government as well as the economy. 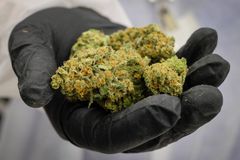 Abbotsford, B.C., gets injunction to close down cannabis dispensary
January 11, 2016 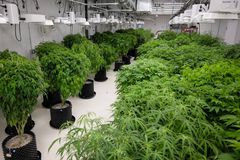 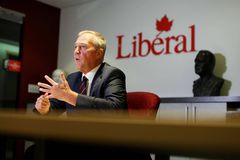 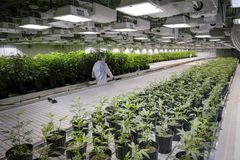 Canadians with marijuana convictions call on Trudeau to offer pardons
December 22, 2015
Follow Mike Hager on Twitter @MikePHager
Report an error Editorial code of conduct
Due to technical reasons, we have temporarily removed commenting from our articles. We hope to have this fixed soon. Thank you for your patience. If you are looking to give feedback on our new site, please send it along to feedback@globeandmail.com. If you want to write a letter to the editor, please forward to letters@globeandmail.com.
Comments