There's nothing like the spring bloom to reveal the devastation that afflicts Toronto's long-suffering street trees, many of which succumb to their injuries – compacted roots, dehydration and the mounds of crud that accumulate around their spindly trunks – during cold winters.

While urban forestry officials, tasked with maintaining about 15,000 street trees, have been searching for affordably sustainable solutions for years, a handful of downtown business improvement areas (BIAs) have discovered a low-tech – and inadvertently unappealing – way of protecting them from the rough-and-tumble world of sidewalk traffic, and especially bark contusions caused by bike locks.

Through a cost-shared program with the city, two Bloor West BIAs, extending from Lansdowne to Christie Pits, have installed 160 tree guards: chest-high grills that encircle the trunks of young street trees. Slotted grates made of the same metal protect the trees' bases from excessive trampling. (The city spends about $2.8-million annually to prune and maintain the trees planted along commercial strips, and has to replace about 800 a year, according to Dean Hart, a senior manager in the parks, forestry and recreation division.)

In the past few years, similar guards were erected along Richmond West and Roncesvalles, by the Roncesvalles Village BIA. More will be installed by BIAs on College and Queen West over the next two years.

Yet, the rusty appearance of the newest crop, which replaced 124 crumbling concrete tree boxes that blocked pedestrian traffic and collected trash, have raised a few eyebrows.

"I'm not 100-per-cent sure if [the city] intends to paint over the ones on our stretch," says Pete Lilly, owner of Sweet Pete's Bike Shop and vice-chair of the Bloordale BIA. "Ours are all just rusted."

"There's been mixed reaction" to the appearance of the new guards, concedes Antonella Nicaso, a streetscape designer with the city's economic development division.

The look, it transpires, is deliberate. The $1,500 fixtures are made of a high-end building product called Corten steel, which is designed to turn a deep ochre when exposed to the elements.

"It is supposed to be rusty," says Robert Wright, a professor of landscape architecture at the John Daniels Faculty of Architecture and Landscape Design at the University of Toronto. "It's a feature of the material. It rusts on the surface and seals the metal from further rusting."

A 2010 report by the Planning Partnership, an architecture firm hired by the Bloordale BIA, proposed the tree guards as part of a broader strategy for decluttering the crowded sidewalks along Bloor West. The streetscape project was part of a $5-million reconstruction of Bloor that started two years ago. The Bloordale and Bloorcourt BIAs contributed $835,000 as part of the overall budget.

These fixtures, as well as new bike posts, seem to be helping to protect saplings from their exposed positioning on sidewalks.

Mr. Lilly says cyclists can now secure their bikes to the metal grills instead of fragile tree trunks, which can be critically damaged by chains and U-locks. "We've had very few dead trees since we installed them," Ms. Nicaso says.

Another section of Bloor, meanwhile, is also seeing some long overdue progress with its conspicuously dreary tree canopy. By 2012, only three years after the $40-million beautification of the so-called Mink Mile, many of the original London plane trees had perished, even though they'd been installed in specially engineered chambers meant to protect against soil compaction and poor drainage.

According to Briar DeLange, executive director of the Bloor-Yorkville BIA, the city has replaced all 134 dead trees. The new ones include disease-resistant elms and Kentucky coffee trees. "The trees are all done and the gardens are now planted," she says. "The street looks fabulous."

The first set of trees died because a contractor used a low-quality fill that trapped salt while preventing the roots from growing beyond the root ball. Construction crews are now pulling up the dead trees by their trunks so they can suck out the backfill and replace it with appropriate soil. Ms. DeLange says the city picked up the $170,500 tab for replacing the dead crop. 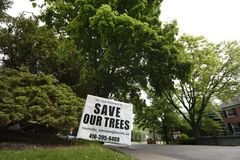 Community mailboxes will have to compete for space in downtown Toronto
June 12, 2015 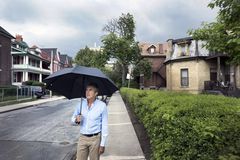 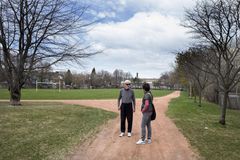 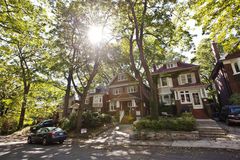