Barbara Turnbull had a will to live.

Shot in the neck during a robbery at the Mississauga convenience store in which she worked as an 18-year-old, she survived. Later, as a quadriplegic, she regained the ability to breathe on her own. She graduated from journalism school as class valedictorian. Defying medical expectations, Ms. Turnbull went on to live 32 years with the ability to move only her head.

Perhaps most remarkable, she moved past her victimization to become a staff reporter at The Toronto Star, an author, an internationally recognized advocate for research into spinal cord injuries, a crusader for organ donation and a champion for the accessibility of public places for the disabled.

Despite needing assistance for nearly everything, the sassy, funny, intelligent, compassionate and optimistic Ms. Turnbull became a symbol of strength to countless Canadians on her own.

"For this [shooting] to happen to her … and in the face of that to carry on with a big smile on [her] face – that's how inspirational she was," said Nick van Rijn, a former Star reporter and editor who called Ms. Turnbull his best friend. "Barb was a rock star in our lives."

When she was not busy running the organization she founded to help those afflicted with spinal cord injuries, filing stories for the Star or helping friends in need, the fun-loving Ms. Turnbull was a social butterfly.

She regularly hosted friends at her Toronto condo, entertaining for hours to a live band along with her service dog Bella (and later, Rudy). She went to movies and restaurants, told jokes and stories and carried a smile on her face.

"Nothing was easy for her, nothing," Mr. van Rijn said. "But she made it seem so incredibly simple and graceful."

"By the sheer force of her willpower, she kept herself up."

Ms. Turnbull died May 10 from complications related to a type of bone marrow cancer similar to leukemia. She was 50 years old.

Barbara Sue Turnbull was born Feb. 7, 1965, in Montreal to Iris and Bob Turnbull. She was the middle child of five sisters who were raised Catholic.

Her mother taught at the elementary school Ms. Turnbull and her sisters attended. The family moved to Mississauga in 1972, and Ms. Turnbull's parents divorced in 1975.

As a child and teenager, Ms. Turnbull was a tomboy with matted hair who loved sports and the outdoors, and was always on the go, her sister Lynn said.

"She never stopped moving," Lynn said. "She was a rocket."

When she was 14 years old, Ms. Turnbull began attending Moorelands Camp. In her 1997 autobiography, Looking in the Mirror, Ms. Turnbull calls the summer of 1981, her first year as a counsellor at the camp, "the best summer of my life."

On Sept. 23, 1983, Ms. Turnbull was preparing to close out her shift at a Becker's convenience store in Mississauga for the first time. At 11:15 p.m., 15 minutes before closing time, three masked men entered the store. Unprovoked, one of them shot Ms. Turnbull in the neck.

The violent and senseless nature of the shooting, along with Ms. Turnbull's image – a beautiful young woman gunned down on the job – shocked Canada.

"People who survive an injury of that magnitude are unusual," said Charles Tator, a neurosurgeon who operated on Ms. Turnbull and developed a special bond with her over the next three decades. "I think it was because of the strength of her determination over her entire life [that] she succeeded."

Later, in rehab, Ms. Turnbull learned how to operate an electric wheelchair she controlled with taps of the back of her head. After more than a year in care, she returned to Mississauga to celebrity status.

Speaking to the CBC in 1984, Ms. Turnbull exhibited a powerful ability to think realistically yet optimistically about her new condition.

"I can work on the computer, type a letter, use a mouth stick to turn pages of a book. I don't think you ever completely accept not walking, not moving," she said. "I could sit here for two hours and tell you what I can't do but instead you have to think about what you can do."

After taking classes at the University of Toronto, Ms. Turnbull decided in 1987 to enroll in the Walter Cronkite School of Journalism and Telecommunication at Arizona State University in Tempe, where the warm weather and independence from home appealed to her. Plus, she wrote in her autobiography, she could pursue what she thought was the best career for her at the time.

Determined to prove that her disability would not hold her back, Ms. Turnbull performed above her peers, graduating in 1990 at the top of her class.

"Boy, was she a wonderful student," said former school dean Douglas Anderson, adding that Ms. Turnbull had "an amazing disposition."

In 1988, she returned to Mississauga to spend the Christmas break with her family and received a surprise call from Mary Deanne Shears, then assistant managing editor of the Star. Ms. Shears came to Ms. Turnbull's home to ask whether she would join the Star as a summer intern.

And so Ms. Turnbull's life as a newspaper reporter began. Ms. Turnbull was officially hired in 1993, and, starting with her first story in 1989, she published 1,191 stories, Ms. Shears said. She wrote about subjects ranging from health, human rights issues and animals to her use of medicinal marijuana, often interviewing well-recognized figures such as Maya Angelou, who went on to become Ms. Turnbull's friend.

"Of all my activities, roles and identities, nothing has meant more to me than my job as a reporter," Ms. Turnbull said in her 2013 e-book, What I Know.

Ms. Turnbull was most proud of her reporting and advocacy on organ and tissue transplantation. She shined a spotlight on Ontario's low rates of registered donors and those who have waited years for a transplant.

"It's such a solvable problem," she wrote in her e-book. "It takes two minutes to register your wishes."

"She did not like special attention being paid and yet on the other hand she knew she was in effect the poster child of the [spinal-cord injury] movement," said former Star publisher John Honderich, "and she accepted that role with a vengeance."

And while Ms. Turnbull hoped in the years after her injury that medical advances would allow her to regain movement in her arms, she later abandoned that belief.

"[T]he day will arrive when even people already paralyzed will regain some or all lost function," she said in her e-book. "I no longer believe that applies to me."

Ms. Turnbull also took on accessibility issues. An avid movie-goer, Ms. Turnbull in 2001 won a complaint she had launched years earlier with the Ontario Human Rights Commission over the inaccessibility of Famous Players Theatres in Toronto. But instead of renovating inaccessible facilities, Famous Players decided to close two beloved theatres – the Uptown and the Eglinton. Public reaction was unforgiving.

"[I] became the target for able-bodied people who were enraged they were losing theatres they loved," she wrote in her e-book.

Although Ms. Turnbull was devastated by the reaction, she accepted her role as an advocate. "After all, who if not me?"

Friends and family described Ms. Turnbull as a kind, dedicated and courageous woman who had an unwavering desire to help those in need. There was the time she gave $500 to a friend who was a struggling university student so he wouldn't have to drop out. It was one of several times she helped him out over a period of a few years. Or when, as a teenager, she used money from her part-time job to buy a present for her sister Lynn, who was feeling ill. And then there was the time she left an orchid on the desk of a Star editor who had been stressed out, with the message: "This too shall pass."

"She was a gorgeous woman," Mr. van Rijn said, and her "inner beauty was beyond compare."

Still, Ms. Turnbull was "not a saint," he said. In fact, she could "out-cuss a sailor." Dr. Tator said she chose carefully those she interacted with and "she didn't tolerate fools."

In the last several years, Ms. Turnbull's ability to move around had diminished due to a pressure sore, and she took to working mostly from home, sometimes from bed. She suffered from a bone marrow disease that fell into the category of myelodysplastic syndromes. The specific syndrome she was afflicted with was never conclusively determined.

She fell ill in early April and spent about a month in and out of hospital. On May 9, she was taken to St. Michael's Hospital in Toronto and she died on May 10, surrounded by friends and family.

Near the end of Ms. Turnbull's autobiography, in which she confronts her feelings about her injury and admits she once felt guilt over the shooting because she stole from the Becker's store, she gives readers an insight into her buoyant mind.

"Now, when I look in the mirror the view is clear," Ms. Turnbull said. "I see the events of the past in their total context, and I have made some sense of many things. I still prefer to look forward, though. I'm a survivor, and I see bright days ahead." 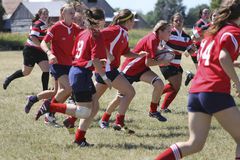