Unlike the mighty Rocky Mountains accenting Calgary or the majestic ocean lapping Victoria, one of Toronto's greatest natural assets lies largely hidden from view. Toronto is home to the biggest network of ravines of any city in the world. They carve through much of the metropolis, providing 10,500 hectares of wilderness escape and stunning backdrops for coveted homes. Ravines are where children discover frogs and poke mud with broken branches. They're where birds peck at trees and creeks gush over rocks. And where urbanites can lose themselves for hours.

The extent of Toronto's ravine network is unusual, but it doesn't define the city in the way the mountains define Calgary or the ocean does Victoria. Philanthropist and green entrepreneur Geoff Cape thinks it's time to change that. He wants Toronto to celebrate its ravines and promote them as a destination for residents and tourists, like New York's Central Park.

"This could be the thing that Toronto really becomes known for internationally," says Mr. Cape, who conceived and championed the Evergreen Brick Works restoration project in the Don Valley Ravine. "Every smart city in the world is trying to figure out how to develop a green strategy and a sustainability strategy. Ours is embedded in our landscape. It's here. We just need to pay attention to it."

Why should Toronto focus on its ravines?

The ravines of Toronto are unique in the world. No other city has such an elaborate, such an extensive network of natural spaces. It's the defining aspect of Toronto. We have great hospitals, great cultural institutions, great universities, but so does New York, London, Chicago, Milan, Beijing. What we do have categorically unique is the ravine system. It's an asset for everyone. It doesn't distinguish between rich and poor and cultural diversity. It's available to all of us and it weaves virtually every neighbourhood, every community together, because it's physically so extensive. It connects us all.

Aside from the size of the network, what else makes Toronto's ravines special?

It reminds us we're Canadian. It's such a rugged landscape in the middle of the city. It ties us back to who we are as a country and where we come from as a country. It's filled full of quiet areas of peace and solitude at one end of the spectrum and bustling areas with kids and farmers' markets and recreational activities at the other end of the spectrum. It has something for everyone.

You grew up with a ravine as your playground. Did it surprise you to learn many Torontonians have never visited a ravine?

Not really. It's an asset that's been under-recognized by our community. It's been underutilized by the community of Toronto. It's out of sight and out of mind. For those who know about it, it's incredibly special. And the opportunity, the big idea, is to shine a light on it, to celebrate the ravines in the coming decade and turn them into the massive asset that they really are. Ravines should be developed as our keystone asset in our marketing, drawing tourists and giving the citizens of Toronto something to be proud about.

How does the city go about doing that?

In some respects, the project here at Evergreen Brick Works is a starting point for that, where we build a gateway. Another opportunity is to work with the Toronto and Region Conservation Authority and the City of Toronto parks department to develop a ravine strategy. We could celebrate access points to ravines with these unique artist-inspired gateways. We could improve signage, lighting, trail connections and pathways.

Do you feel a willingness exists to create a ravine strategy?

I think there is. There are enough forces beginning to come into play around that. The Toronto Economic Development, people at the city's parks department, the head of the conservation authority all like this idea. And it's not our idea. This is an idea that's been in play for a while. We're just putting a little more of a fire under the idea to get it really boiling.

Some people say the Rockies define the essence of Calgary and its residents. How do ravines define Torontonians?

They define the city, because we're the only city with it. How do they reflect who we are? I don't think we're there yet, and I think that's where we have an opportunity to build that. We could be a city that is defined and defines itself more by our ravine system, which would be the softer side of Toronto. We'll always have the urban edge, and that's a strong part of what Toronto is all about, but this becomes the counterpoint. We are about banks and money and King and Bay streets, of course. But we're also about the ravine system and about this kind of balance. Or at least we could be, if we put our minds to it.

The interview has been edited.

Getting graffiti: Brick Works shows off what Rob Ford would clean up
October 10, 2010 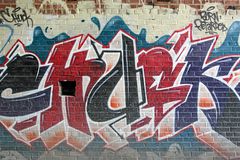 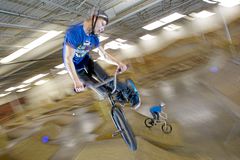 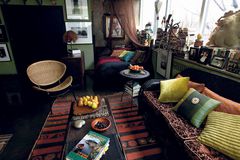