Trustees at the York Region District School Board failed to denounce racism and cut deals to further personal agendas, while senior staff had laptops surreptitiously sent for forensic testing, according to a new provincial investigation.

The report from two provincially appointed investigators, released on Tuesday, revealed a litany of problems facing the scandal-plagued school board, located north of Toronto. It called for sweeping changes, including a moratorium on international travel and establishing an integrity commissioner to handle complaints.

Education Minister Mitzie Hunter said on Tuesday that she was troubled by the report's findings and moved to issue a number of directions that she expected the board to put in place within a year, including equity training and suspending international travel. She warned that if the recommendations are not followed, she would conduct a formal investigation of the board, which is one step away from being taken over by a provincial supervisor.

"There are some deep-seated concerns that have been identified by the reviewers and the combination of directions are meant to set this board on track," Ms. Hunter told reporters.

Ms. Hunter was forced to conduct an investigation of the York board after concerns were raised by parents and the community about its lack of financial accountability, how allegations of racism and Islamophobia were improperly handled, and how fractured relations started to seep into schools. Almost half the students at the board are visible minorities, making it one of the most diverse in the province.

The investigators, Patrick Case and Suzanne Herbert, interviewed 140 people and received more than 280 e-mails. They found a culture of fear and distrust at what they described as a dysfunctional school board. They laid blame on trustees and the director for a lack of strong leadership and judgment.

Recently, trustee Nancy Elgie, who was embroiled in controversy for using a racial slur against a black parent, stepped down. The report denounced the other trustees for not filing a complaint against Ms. Elgie.

"The responses we heard did not provide any assurances that the members appreciated the gravity of the incident or the community's need to see the board take a strong stance against racism. Instead, we heard diffusion of responsibility," the report stated.

Similarly, trustees failed to show leadership in an investigation into anti-Muslim Facebook posts by a principal in Markham, the report found. "There was a complete absence among board members of any appreciation of their obligation to take a strong and unequivocal stand against racism and intolerance at the YRDSB," the investigators stated. "We feel compelled to denounce the board's responses."

The investigators found an erosion of trust among trustees and senior staff. Trustees lost focus on student achievement and were instead consumed by infighting and personal clashes.

The director, J. Philip Parappally, and the former chair, Anna DeBartolo, made deals with other trustees for support on issues by offering to advance their personal constituency agendas, the report found.

"We question if the test of putting public interest before self is being met," the investigators stated.

Trustees and senior staff used public funds to travel internationally with no clear purpose and showed a lack of accountability. The investigators called for a full moratorium on travel for senior staff and trustees until more accountability measures are put in place. Ms. Hunter immediately moved on that recommendation.

"We found the lack of concern over the public reaction to their travel expenditures quite astounding," the reviewers said. "There was no sense that they appreciated the fact the public was seriously questioning their individual and collective judgment."

Mr. Parappally has come under fire for his lack of leadership, his intimidation tactics and being awarded an unprecedented 10-year contract. The reviewers found that provisions within his contract were also problematic. Specifically, he approved his evaluation process and the school board would provide him with a supervisory officer position in the event his contract is not renewed.

The investigators called for amendments to Mr. Parappally's contract around how he is evaluated. Ms. Hunter said on Tuesday that she expected the board to undertake a thorough performance review by an external human-resource professional by the end of May.

The report found that Mr. Parappally fostered a sense of distrust at the board and requested some senior staff "spy" on other members of the team. The report also found that laptops were secretively sent for forensic testing to determine who was trying to undermine the director.

The investigators said that a number of people being interviewed were in tears and many asked them to stop taking notes because they were afraid of reprisals.

Loralea Carruthers, the board's chair, said in a release that trustees will move swiftly to implement some of the key recommendations. "We want parents and students to be assured this report will not be ignored in any way, shape or form," she said.

But parent Charline Grant was not convinced that the board would make the changes. Ms. Grant was the parent referred to by a racial slur by Ms. Elgie.

"Given the timeline and what we've experienced, the shrug-shoulder attitude from the trustees and board members, they're not going to be able to fulfill the recommendations," Ms. Grant said. "Based on that, we expect maybe a supervisor to be in there soon." 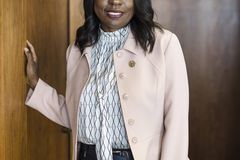 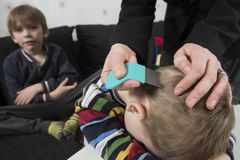