A move to cap the number of restaurants and bars on Parkdale's popular Queen Street strip has cleared its first hurdle and is gaining attention as a model for controlling growth in other downtown neighbourhoods.

A proposed bylaw that would limit restaurants to 25 per cent of all businesses in four sections of Queen Street West between Dufferin Street and Roncesvalles Avenue was approved Tuesday by the Toronto East York community council. It will go to city council next month. The rules would replace a temporary freeze on new establishments imposed to allow staff to study the area.

The new rules are designed to moderate the spread of bars and restaurants in the trendy neighbourhood that has become a destination for late-night revellers. It's an attempt to strike a balance between the needs of local residents and existing stores and new establishments eager to move into the burgeoning location.

In the past two years alone, Chantecler, Grand Electric, Porzia, Keriwa, Electric Mud and Kanji have made their home in the neighbourhood.

Some downtown councillors say they'll be watching how the cap works with an eye to applying it to commercial streets in their area. Others, including Mayor Rob Ford, say the proposals go too far.

Local councillor Gord Perks says the new bylaw is an attempt to "lower the temperature" on Queen West and respond to residents who are woken at 3 a.m. by "a screaming mob" from local bars. It also aims to foster a mixed-use neighbourhood where everyday services such as groceries are within walking distance – something he says is under threat as more clubs and restaurants move in.

Mr. Perks points to an area between Dufferin Street and Brock Avenue where restaurants and bars account for one-third of businesses as an example of why growth needs to be checked. Under the proposal, existing operations would be allowed to stay, but no new restaurants could open in sections of the street where they make up more than one in four businesses.

Asked about the proposal, Mr. Ford said he does not agree. "I'm a capitalist as you know. I believe in free enterprise," he said Tuesday. "If people want to open up restaurants, more power to them. It creates jobs. It's fantastic for the economy."

Mr. Perks said the new bylaw – which could be challenged at the Ontario Municipal Board – is an extension of existing efforts to shape development. "We already have controls on the free market – that's what planning is," he said.

"I find it a shame actually. I'd like to see more of it to tell you the truth," said Darrah Mackenzie, 33, who lives near Queen Street and O'Hara Avenue. "There's great food, great drinks, a lot of nightlife and entertainment. I think it brings a lot to the neighbourhood."

Fatima Laabaidi, 63, has lived in the area for a decade and says any complaints should be targeted toward the drug dealers she sees in the area, rather than legitimate businesses. "There are many restaurants, but it's not a bad thing," she says.

Local businessman Jeremy Day, who works at the Cadillac Lounge and owns two bar properties in Parkdale, said it is unfair to say what kind of business can be opened, but says owners must take responsibility, as well. "If people are making money off people who are causing a disturbance, then the onus is on them to control that noise," Mr. Day says.

Mr. Day's boss and owner of the Cadillac Lounge says he supports the cap and bars should be more spread out because "it gets a little crazy on a Saturday night."

Ana Bartula, head of the Parkdale Village Business Improvement Association, says it has members on both sides of the issue, and has remained neutral. If the bylaw gets council approval, she expects one or two local businesses to appeal it to the OMB, meaning the current freeze will continue until the legal challenge is resolved. Ms. Bartula cautions other neighbourhoods who are looking to follow in Parkdale's path. "It is not a perfect template, " she says. "This isn't a black-and-white issue." 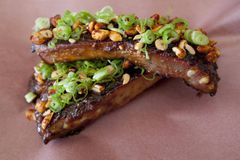 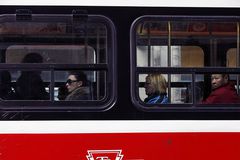