The east end farmers market’s closure was announced in March, three years after the city’s Department of Parks, Forestry and Recreation took charge. What happened? The city and market advocates have very different views 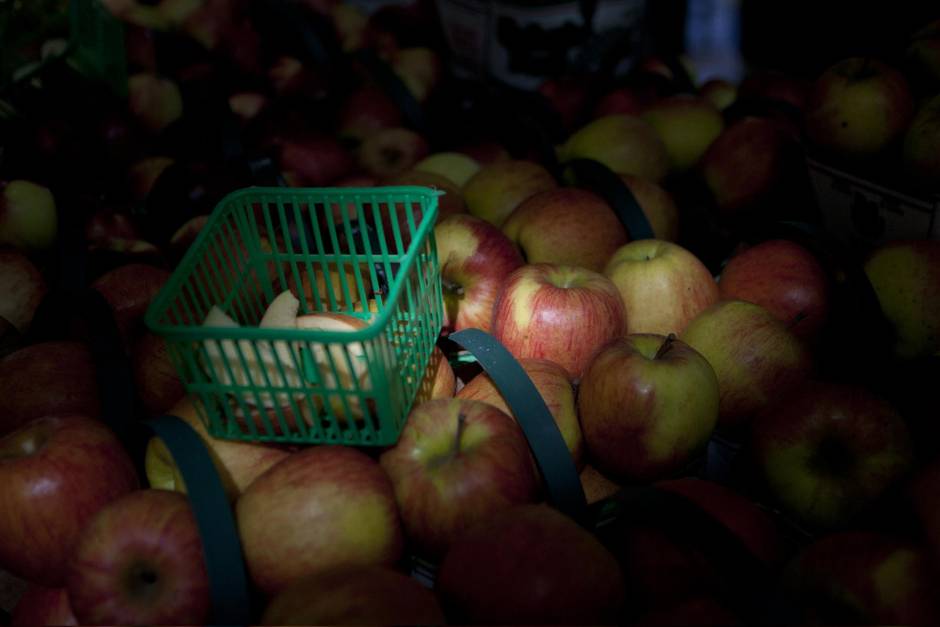 (Photos by Chloë Ellingson for The Globe and Mail)

At the end of a long row of stalls, an 80-something man plays Old MacDonald on the banjo. It’s a sunny Saturday morning at Wychwood Barns and The Stop’s farmers market is in full swing – his most interested fan is a curious toddler who has wandered from his parents. His dad, just a few feet away, is one of many waiting his turn to buy a loaf of bread from St. John’s Bakery.

Even in the early days of spring, when Ontario produce is composed mostly of beets, carrots and a few varieties of apples, the converted TTC streetcar barn is packed with marketgoers. The season may not have the bounty of summer, but the happy and wholesome atmosphere is felt year-round. Across town, it will be a different scene. At Riverdale Farm, where one of Toronto’s farmers markets would usually open, there will be no vendors this year. In 2011, the city’s Department of Parks, Forestry and Recreation took over management of the market after the death of its founder; in March of this year, they announced its closure, giving inclement weather and the sprouting of new nearby markets as reasons for dwindling attendance.

In defence of their decision, city officials have suggested that Toronto is oversaturated with farmers markets, but members of the market community see the city as the source of the problems at Riverdale. In their eyes, it wasn’t just that the parks department lacked the passion of its founder, Elizabeth Harris – it was that they mismanaged it into the ground by failing to partner with and advocate for the farmers.

“Farmers would drive three hours into the city to set up at Riverdale, only to arrive and be told they cancelled the market due to rain,” said Cookie Roscoe, market co-ordinator for The Stop. With a truck full of produce, the farmers would turn around and drive back without any sales. “The farmers didn’t leave Riverdale – they were driven out.” 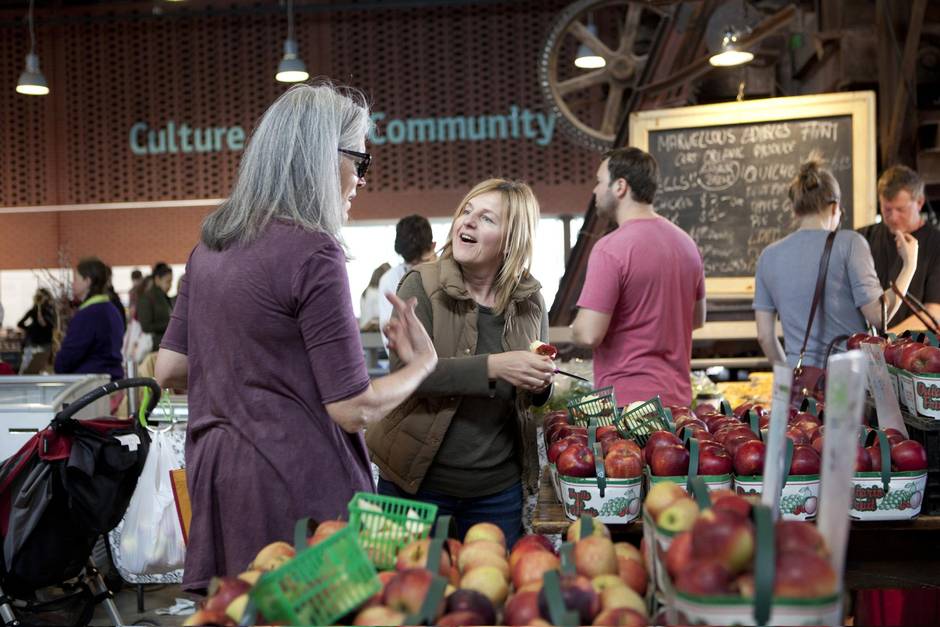 We have been able to continue farming because we can sell direct to customers. That has kept our business alive.
Mimi Bizjak, Bizjak Farms

Peter Finch of Roseneath-based Rolling Hills Organics was one of the few vendors still attending on what would be the final day for the Riverdale market. There were only three other vendors and no more than 50 visitors that afternoon.

“Everything seemed to fall between the cracks. Customers there were disheartened and some were trying to mobilize,” he said. “Maybe even the city tried their best, but they weren’t positioned to make it work.”

Mr. Finch now sells his organic produce at the Evergreen Brick Works, but is still on the hunt for a good mid-week market to fill the space Riverdale has left.

A presence at a good market is directly related to many farmers’ livelihood. Mimi Bizjak of Bizjak Farms says 75 per cent of her business comes from markets in the Greater Toronto Area. Her family sells their fruit from a roadside stand and to a few wholesale customers, but the majority of sales come from their near daily trips to the city’s markets.

“We have been able to continue farming because we can sell direct to customers. That has kept our business alive,” Ms. Bizjak said.

Marina Queirolo, food program manager at the Evergreen Brick Works, sees this as proof that markets are integral to the GTA’s food security and economy. “We cannot rely on global imports only. We need to continue the urban and rural connections, and the only way to do that is by truly supporting the farmers – provide them with access to the retailers, markets and food terminals,” she said.

Ms. Queirolo, Ms. Bizjak, Mr. Finch and Ms. Roscoe all believe markets need a strong, passionate leadership in order to succeed. It’s just not realistic to expect the city to run a market as an individual champion can.

“The city plays a huge role in enabling farmers and public markets, but perhaps the role is not administrating those markets,” said Ms. Queirolo. 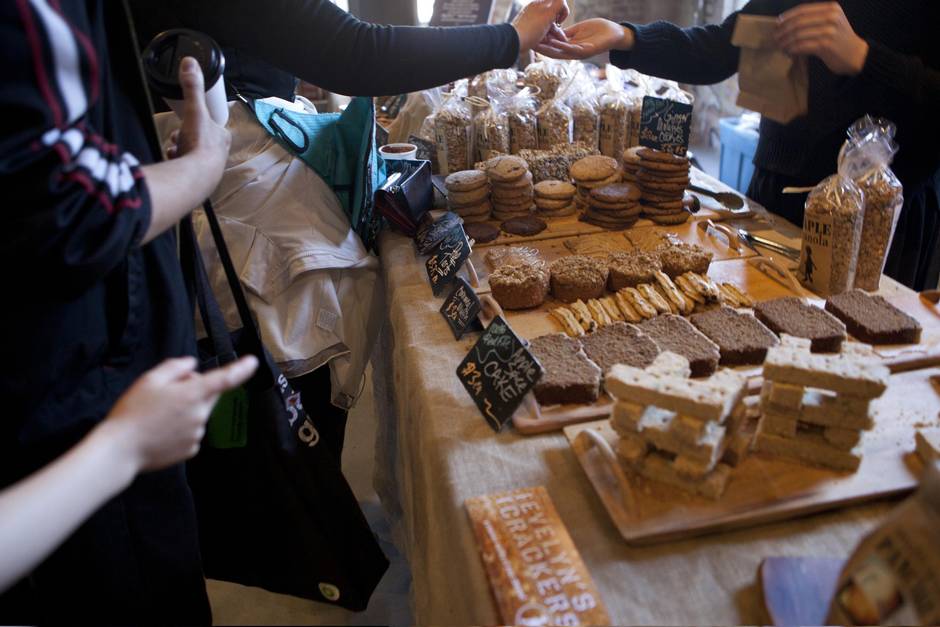 Should the community be interested in initiating … a farmers market, we would be happy to support [it].
Mark Hawkins, general supervisor of parks for Toronto East York District

Instead, she says, city officials should make it easier for managers to run them by removing the red tape when it comes to getting permits, parking and dealing with Toronto Public Health.

In the past, city councillors have assisted market organizers with bureaucratic issues. “We’ve had the opportunity to step up when markets have needed a contact at city hall,” said Mike Layton, councillor for Ward 19, an area that includes seasonal markets in Trinity Bellwoods Park and Liberty Village.

In addition to helping vendors get special parking passes for market days, council has also assisted with giving local wineries permission to sell VQA wines at markets, too. “I certainly think the reason why markets work so well is the co-ordinators. It’s not a job for them, it’s a way of life.”

Mark Hawkins, the general supervisor of parks for Toronto East York District, is open to reinstating the Riverdale farmers market, but says it will require someone else to take the reins. “Should the community be interested in initiating … a farmers market, we would be happy to support [it].”

If there’s more interest from within the community, Mr. Finch can be counted on as the first vendor to set up shop in the market’s reincarnation.

“If there’s a signal from the city that there’s a chance it could be revitalized, I would put myself forward on any committee [that] wanted to do that,” he said. “It’s a wonderful location, it’s a wonderful neighbourhood.”