One of the men enlisted by Toronto Mayor Rob Ford to coach his former high school football team has a history of committing violent crimes that was concealed from school administrators through the use of false identities.

Peter Payman was identified in game programs as a coach for Don Bosco Catholic Secondary School's football team until the end of last season. But years before he joined the mayor on the sidelines, that same man served as an enforcer for Alessandro "Sandro" Lisi, one of the key figures in the illegal drug scandal that has dogged Mr. Ford's administration, The Globe and Mail has learned.

Mr. Lisi was arrested last week in a marijuana-trafficking sting that police say is part of a broader police probe examining some of the mayor's associates, an expanding web of characters that have alleged ties to the illegal drug trade. Since May, when journalists from the Toronto Star and a U.S. gossip website reported that drug dealers had tried to sell them an alleged video of the mayor purportedly smoking crack cocaine, concerns have been repeatedly raised about the people the mayor has surrounded himself with – or in the case of Peter Payman, the people he placed around his teenage charges.

Although he is called Peter Payman in the school's football literature, his real name is Payman Aboodowleh, a 38-year-old who has a history of violent crimes, including assaulting a peace officer, assaulting his brother and breaking and entering.

But Mr. Aboodowleh's violent history was not revealed to administrators in the Toronto Catholic District School Board, which says it was supplied a false name for his police records check, a requirement for anyone who volunteers in the board's schools.

In an interview in the doorway of his mother's house, where he lives, Mr. Aboodowleh acknowledged having served a sentence in a provincial jail, but said that his criminal record posed no problems with the school board, explaining that most of his crimes were for "bar fight"-type incidents and not for anything that the school board would deem him unsuitable to work with young men.

But the board says that is not true and that when Mr. Aboodowleh served as a volunteer coach – the board isn't entirely sure how long he was a coach, but several players said he had been with the team as far back as 2007 – information was withheld from administrators about him.

Before the start of 2012 season, which ended with a Don Bosco Eagles loss in the city championship, an incorrect surname was supplied for Mr. Aboodowleh's requisite police records check, with the 'L' in his last name having been replaced with an 'I': Aboodowieh. As a result, the package the school received from the police showed no criminal convictions, said John Yan, a spokesman for the school board. To thwart those who might use pseudonyms to subvert the police record check process, the school is supposed to cross-reference the name on an application form with government-issued identification. It's not clear whether that happened.

Mr. Yan said Mr. Ford played no role in Mr. Aboodowleh's criminal record check, but specified that Mr. Aboodowleh was one of the mayor's recruits. "He was brought in as a volunteer by the mayor," Mr. Yan said.

Mr. Ford did not respond to a list of detailed questions that were sent to two mayoral staffers and a lawyer who has represented him in the past.

Mr. Aboodowleh also started the 2011 season as a coach and at that time also submitted a criminal records check application form, the board and police say. This time, however, his real name was provided, but before his background check was completed by the Toronto Police Service, he was asked to leave the team by the then principal because of a "nose-to-nose altercation" with a player at practice, Mr. Yan said. (Mr. Aboodowleh's return to the team the next season was requested by the mayor, Mr. Yan said.)

Even if that 2011 reference check had been completed, it likely would not have turned up some of Mr. Aboodowleh's recent convictions, such as his 2009 conviction for assaulting a peace officer and dangerous driving. That's because he has yet another alias – Pejman Aboodowleh – that he has used during some of his interactions with law enforcement. That name happens to be the former name of Mr. Aboodowleh's younger brother who was forced to legally change his name in 2003, two sources say, because his older brother Payman's use of his younger sibling's identity during encounters with police.

Exactly how much Mayor Ford knew about Mr. Aboodowleh's history, and his past with Mr. Lisi, is unknown.

Mr. Lisi, 35, has been a drug dealer in central Etobicoke since the late 1990s, according to seven sources interviewed by The Globe who said they have either purchased marijuana or cocaine from Mr. Lisi or witnessed him supplying people with the illegal drugs. Since 1997, Mr. Lisi has been charged with 36 criminal offences, but has only been convicted of six crimes, including assaulting an ex-girlfriend and threatening to kill a different woman, according to a review of public court records.

The Globe has interviewed numerous people enmeshed in Etobicoke's drug subculture and who know Mr. Lisi in an effort to understand how he became acquainted with the mayor. One of the connection points that emerged in those interviews was Mr. Aboodowleh.

"I bet my name came up," said Mr. Aboodowleh, who was wearing a black tank top and green Don Bosco Eagles shorts when he was approached for an interview. He referred to the scandal surrounding the mayor and Mr. Lisi as "a great adventure."

Mr. Aboodowleh denied that he had assaulted anyone on behalf of Mr. Lisi but acknowledged that they were long-time associates. His reputation as an enforcer for Mr. Lisi is the product of people who have seen him with Mr. Lisi over the years and jumped to conclusions, he said. "People saw me and must have thought 'Don't fuck with Sandro.' " He added later about Mr. Lisi: "I don't know what he does now. I don't even talk about that guy or like to hear his name."

But in the pocket of central Etobicoke that serves as the mayor's political base, Mr. Aboodowleh's street fights are the stuff of legend. Numerous people interviewed for this story, all of whom spoke on the condition that they would not be identified because of what they said was Mr. Lisi's history of harassing those who cross him, recalled Mr. Aboodowleh taking on multiple opponents at the same time. Three people who said they had direct knowledge of Mr. Lisi's drug-dealing operations referred to Mr. Aboodowleh as one of Mr. Lisi's assets – someone who could be called upon if Mr. Lisi was threatened or if a client needed to be scared into paying their debt.

Mr. Aboodowleh has always had a penchant for tall tales and boasting, the sources said. On his Facebook page, for instance, he identifies himself as a former university-level player at UCLA, and he told The Globe that his scholarship was revoked after he injured himself on the practice squad in his first year at the Los Angeles-based school. However, the online service that UCLA uses to verify someone attended school there found that no one by Mr. Aboodowleh's real name and birthdate had ever been enrolled at the school.

At least one parent of a teen who played for Don Bosco had misgivings about Mr. Aboodowleh. Rob Leaver, whose son played under Mr. Ford for two seasons, said that the coaching staff was great, but that he told his son to stay away from Mr. Aboodowleh.

He said that he isn't necessarily bothered by Mr. Aboodowleh's criminal past – which came as a surprise to him – saying that everyone makes mistakes. But he was suspicious about how Mr. Aboodowleh passed a security check.

"If he's using a different name and purposely … that makes me concerned, and I'm glad I told my kid to stay away from him. If someone has to lie about who they are to be able to hang around children, something's a little bit deeper there."

In pictures: A who's-who of Ford's friends and acquaintances
Gallery
October 9, 2013
Councillors question the company Rob Ford is keeping
October 8, 2013 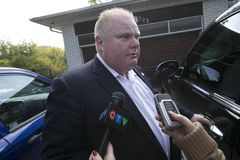 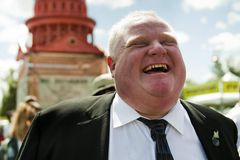 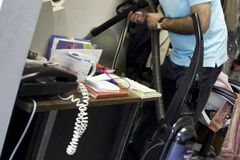 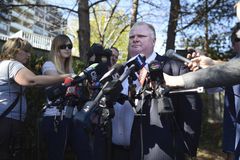 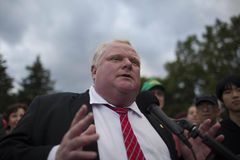 Follow Greg McArthur, Renata D’Aliesio, Patrick White and Ann Hui on Twitter @McarthurGreg @renatadaliesio @Nut_Graf @annhui
Report an error Editorial code of conduct
Due to technical reasons, we have temporarily removed commenting from our articles. We hope to have this fixed soon. Thank you for your patience. If you are looking to give feedback on our new site, please send it along to feedback@globeandmail.com. If you want to write a letter to the editor, please forward to letters@globeandmail.com.
Comments are closed