"You can't make this stuff up," said Toronto mayor Rob Ford last night, and for a man who is sometimes mocked for being insufficiently articulate, he proved impressively pithy.

For Thursday, on World Press Freedom Day, Mayor Ford's long-simmering and mutually beneficial war with the Toronto Star has exploded into view again. And though many journalists initially criticized Daniel Dale, the reporter whom the mayor chased away after finding him standing near the perimeter of his property at dusk yesterday, they may wish to reconsider after Mr. Ford said Thursday morning that he would not speak with members of the media if Mr. Dale was present.

Mr. Ford has the right to court friendly media outlets, but his ban of Mr. Dale is an inappropriate attempt to muzzle the press that is apparently unprecedented in Toronto politics. When the U.S. presidential candidate Mitt Romney attempted a similar tactic this week, announcing that his campaign would choose which media outlets could provide so-called "pool" coverage on behalf of all media, the other news organizations refused to play along; on Wednesday his campaign backed down.

The Star says Mr. Dale made his visit in the course of reporting on a story about the mayor's attempt to buy a piece of public parkland that adjoins his own property. Michael Cooke, the paper's editor-in-chief, insisted sending Mr. Dale was not an attempt to provoke the mayor. "It never occurred to us this would happen," he said Thursday afternoon. "Not in a month of Sundays."

In choosing to attack the Star for what his brother Doug termed "harassment of our family," the mayor may be responding with authentic outrage, but he is also leveraging the incident for maximum political gain. Rob Ford is the city's victim-in-chief: aggrieved by high taxes, a war on the car, and privileged union membership.

And if his press strategy has been scattershot, his victimization at the hands of the Star has been fruitful. Even since the paper ran an article in July, 2010 during his campaign for the mayor's office that raised questions about his aggressiveness as a football coach, Mr. Ford has leveraged the paper's attacks to attract donations and sympathy. During the mayoral election campaign, his team used Star clippings to solicit support.

The Star also benefits from the battle, positioning itself as the city's most aggressive newsroom in keeping the mayor in check. Traffic to its website spikes whenever incendiary material about the mayor is posted, even if sometimes it oversteps the boundaries of good taste: Last month, when it posted a mocking "gotcha" video of the portly mayor visiting a KFC outlet, readers chastised the paper, and its own public editor wrote a column saying it "leaves a bad taste."

The Star has played up the Dale story hard, featuring it as the main piece on its website until early Thursday afternoon. "We're the news of the day," said Mr. Cooke. "You'd expect us to cover ourselves with the same diligence and thoroughness that we cover other things." He added that the paper was reporting the story without bias. "I think we've given the mayor's side of what happened over and over again, in just about every story. I think it's without bias. And in fact you have to be without bias, because we're under great scrutiny." 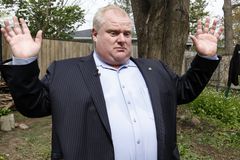 Ford calls in police after altercation with Star reporter
May 3, 2012 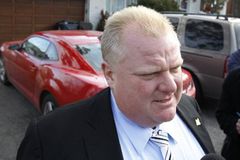