If Mayor Rob Ford carries through with a threat to launch legal action against three former staffers and a restaurant employee for allegations they made to police about his behaviour, he likely won't win, according to a media lawyer.

"Unfortunately, I have no other choice. I'm the last one to take legal action. I can't put up with it any more so I'm naming names. Litigation is starting shortly," Mayor Ford told reporters Thursday morning.

Mr. Ford's comments were directed at three former staffers from his office – Isaac Ransom, George Christopoulos and Mark Towhey – as well as Bier Markt employee Leonardo Navarro. A police document released Wednesday afternoon revealed that, in interviews with investigators, the four outlined a number of concerns they had about the mayor's behaviour, including suspicions of cocaine and oxycontin abuse, drinking and driving, and being at City Hall in the company of a woman they believed to be an escort. None of the allegations has been proven in court.

"That is outright lies, that is not true," Mayor Ford said Thursday in reference to Mr. Navarro's claim that Mr. Ford may have been using cocaine at the Bier Markt last year. He also rejected staffer's claims that he was with a suspected prostitute, calling the woman a "friend."

Brian MacLeod Rogers, a media lawyer who teaches at Ryerson University, said an individual's discussions with police would be protected by privilege, because they are a matter of public interest. He said the law is set up that way to ensure that anyone who has information for police won't avoid coming forward with it out of fear of being sued.

And, said Mr. Rogers, even if Mr. Ford decides to sue his former staffers for a breach of confidentiality and not libel, he still likely wouldn't have a case.

"In that circumstance, the laws recognize the defence of public interest, and I have absolutely no doubt that the law would recognize that there was a public interest in the employees revealing what they revealed to police," he said.

Mr. Ford did not elaborate on what legal action he is planning against the four individuals. His lawyer, Dennis Morris said Thursday that he did not advise Mr. Ford regarding legal action. Mr. Morris was unaware of whether Mr. Ford has contacted a separate lawyer for case.

"Perhaps he was upset and said it in the heat of the moment," Mr. Morris said in an e-mail. "I cannot say for sure."

In 2010, Mr. Ford initiated legal action against the Toronto Star for a story they published about his conduct as a football coach, but that action has since lapsed. 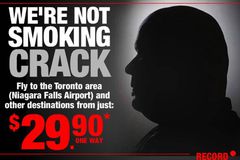 Having the province remove Rob Ford from office is tempting – but unwise
November 12, 2013

Key moments from Mayor Rob Ford’s hard day at City Hall
November 13, 2013
Follow Ann Hui on Twitter @annhui
Report an error Editorial code of conduct
Due to technical reasons, we have temporarily removed commenting from our articles. We hope to have this fixed soon. Thank you for your patience. If you are looking to give feedback on our new site, please send it along to feedback@globeandmail.com. If you want to write a letter to the editor, please forward to letters@globeandmail.com.
Comments are closed